Based upon the CBS Sports preseason predictions, UP should be favored in only four games this season…all in the preseason.

So, a predicted 5-10 in the preseason including a win over Willamette.

If the team can reverse that and go 10-5, I think there is a good chance people will start coming to the Chiles Center again.

Only the Oregon and Arizona state games appear to be out of reach. The rest of the preseason appears to be filled with winnable games. We should have a good idea of what kind of team we have by the time conference starts. If we're 5-10 it will be another ugly year in conference. If we're 10-5 we'll at least win a game or two. If we're above 10-5... Maybe we can make it out of the cellar

Dean Murdoch wrote:Can’t be that secret… at home against Seattle on Oct 23!

All the WCC teams are having secret scrimmages this year except Gonzaga…they decided to play two exhibition games (something they haven't done in 15 years) so that Coach Few could serve 50% of his suspension after serving 25% by missing Kraziness in the Kennel.

The NCAA used to forbid teams from releasing anything about these closed-door scrimmages, but now that has changed, and instead of just one scrimmage, now two are allowed.

DoubleDipper wrote:Just 29 days before the Pilots play the Sun Devils in Tempe, but 3 weeks from today at 7pm UP hosts the Lewis & Clark Pioneers and former Pilot Brian Smith in the only exhibition game this year.

Now just 9 days to go before the Pilots begin the season in Tempe, and just one day before they play Lewis & Clark in the only exhibition game of the year tomorrow night at 7pm.

The Pioneers finally updated their roster this morning, and former Pilot Brian Smith has graduated even though his picture is still front and almost center on the L&C website, but there may be one player on the roster with Pilot roots. Is #11 Jalen Lowery the son of former Pilot Josh Lowery?

Lewis & Clark did not compete in basketball last season due to the pandemic, and their game at UP will be their first competition since losing to Pacific Lutheran on February 22, 2020.

I am told the Pilot Club will be open for the game...

DoubleDipper wrote:I am told the Pilot Club will be open for the game...

After doing a little research, I don't think so, but Josh's daughter, Nia, is a rising star on the UW basketball team.

It is always difficult to predict how a team will react to playing in front of fans for the first time in over 600 days, but it has to be exciting for the fans as well as the coaches and players.

I am sure the coaching staff is not taking tonight's game against D3 Lewis & Clark lightly, especially after D2 Point Loma Nazarene's raucous fans helped the Sea Lions knock off Pepperdine 77-50 on Saturday night in San Diego.

The Sea Lions, one of the top teams in D2, jumped out to a 14-0 lead to start the game, and later scored the first 13 points of the second half...and that was all it took.

Seems only right that EWU grad-transfer #11 Jack Perry is pictured for the first game of the Shantay Legans era... 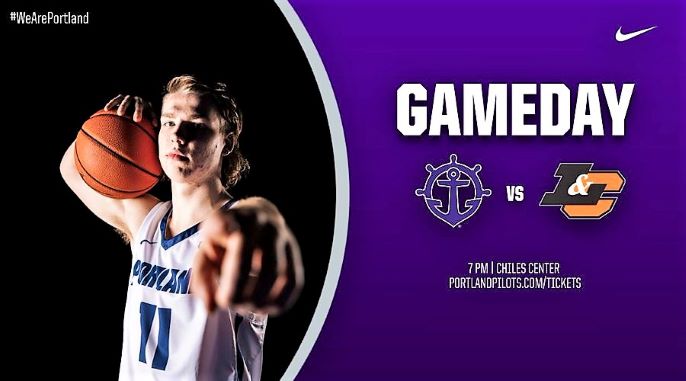