As reported earlier, UP's first WCC game, schedule to be played in Stockton on January 2, has been "postponed" while UOP pauses all basketball activities due to COVID concerns.

UP's first WCC game is now expected to be against LMU in the Chiles Center on January 7, but as of December 26 the Lions have had to pause their activities and have canceled their WCC opening game against SCU.

It is currently expected that LMU resume activities a couple of days before the UP game, but it will be close.

Any chance ESPN picks up the Seattle U game?

Pepperdine has joined Pacific and LMU on COVID pause, and their first two WCC games against against BYU and St. Mary's have been postponed.

Pacific's game against UP scheduled for Saturday has been postponed, but LMU is expected to be ready to play in Portland next Thursday at 5pm.

EDIT: A friend of Portland State player tells me both their games at Eastern Washington this week have been postponed as EWU takes a COVID pause after at least one positive test.

Is it too soon to cancel the conference season and get to work finding a new coach?

Thoughts on the season and new players, so far? Looks lke the strategy is get rid of all the scholarships and bring in Junior College transfers who see this as their big chance - better competition and to get noticed by other schools and maybe transfer? How else do you get new players when Terry seems to be im his last year
Related question - was there any compromise with UP “academic standards.” At times I am frustrated because the academic standards are so rigorous we cant attract players who could meet them - with tutoring - but who cant’t get admitted. Am I wrong here?

Do you think UP’s academic standards are higher than  Stanford or Cal?

StudentPilot wrote:EDIT: A friend of Portland State player tells me both their games at Eastern Washington this week have been postponed as EWU takes a COVID pause after at least one positive test.

I'm told the PSU team rode a bus in a snowstorm to Cheney before they were informed the game was off.

In other COVID news, USD is taking its second COVID related pause of the season, and their game against BYU scheduled for tomorrow has been "postponed."  BYU's game with PU scheduled for yesterday was also postponed.

Interesting that many BYU fans are less concerned about the players and the virus, but more concerned about being in a conference that's based in California where decisions are being made by people who aren't doctors and that other WCC teams don't want to play them.

Jon Rothstein wrote:Loyola Marymount will return to the gym for individual workouts today, per Stan Johnson. Team is hoping to have a full practice together on Thursday.

If true, it would seem LMU is considering their game against UP in the Chiles Center on Thursday to be a "practice."

The first NCAA NET rankings of the year are out:

The NCAA also announced the entire men’s NCAA tournament will be played in Indiana at the end of the season.

With the season being riddled with COVID postponements/cancelations, it's good to see the NCAA is following the example of the NBA, WNBA, NHL, and MLS by going into the "bubble."

Jon Rothstein wrote:Loyola Marymount will return to the gym for individual workouts today, per Stan Johnson. Team is hoping to have a full practice together on Thursday.

UPDATE: The Pilots will now be playing at USF on Thursday at 6pm.

Current schedule has the Pilots playing:

I know what I’ll be watching tonight, and it’s not a basketball game.

I know what I’ll be watching tonight, and it’s not a basketball game.

So what are you watching? You’re missing a pretty decent one here

Your cat also had warm milk and valium at halftime?

Some of us have joint pain late in life. 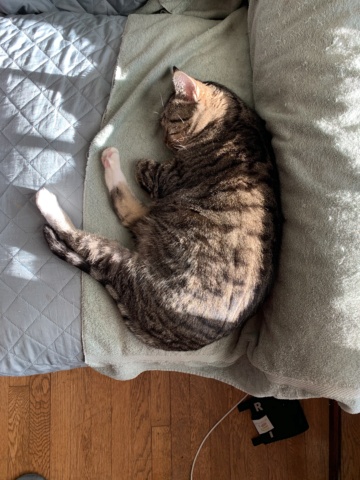 Anything interesting going on?

Another typical Porter-Era second half last night, played well just long enough for me to get my hopes up

Maybe Aussie Baller is on to something here.

They battled and didn’t give up against arguably the best team in the country.

That said, this just shows hoe VERY far the powers that be are going to have to go to get the program competitive in the WCC.

Hiring an assistant and giving him limited resources will doom UP to the cellar for a very long time.

It’s not a mystery this hire was coming. There has been a year to put a plan together. Our VP for athletics has his future on the line this time. There isn’t a DI school in the country that can withstand two bad hires in a row in its top revenue program.

Dean, i told you boys months ago, you have the best shooter going around, i coached the kid, Sad thing is, kid wont hang around in Portland, he will transfer and UP will be like WTF we didnt even play the kid. The coach has zero clue, he has a Ferrari idling sitting on the bench all year, Porter thinks Zachs a Toyota Prius
He didnt do it against Southern Utah, he hit 13 in 12 minutes vs the num 1 team in the nation. EMBARRASSING

Aussie Baller wrote:Sad thing is, kid wont hang around in Portland, he will transfer and UP will be like WTF we didnt even play the kid. The coach has zero clue

Or he could stick around until March/April to meet the new staff before making a decision.

Just based upon their performances yesterday, it would seem Chase and Zac have been working together on the scout team during practice...they looked good together.

He could SP, but why would he, sold a lie, and treated terribly by a coach who is 1-33 in conference play in 2 and a bit years. What would you do ?
And Zach played well with Chase because the special comments guy said so, well Zach hasnt even been on the court with Ahmad Ali, not even for 1 minute, so imagine if he was. Great coaching coach, started the same starting 5 in every game, and played them all for over 30 minutes, good job coach
Zach will play well with any point guard with IQ, saw him with Josh Giddey ( remember the name hes going top 10 in nba draft this year )in the Aussie Championship game, in the u20s in FEB, and they put on a masterclass, both hitting 25, and winning the gold medal, like i have said many times, Porter has no idea what has got and what hes doing, he is content with a 28 point loss to Gonzaga ( listen to the presser interview ) knowing Zach and the aussie attitude, he would be shattered with that, he wants to win everything.
If im Zach, im saying SEE YA, UP seem to be the only college in the US that dont like a knockdown shooter, i can tell you 300 others do

Aussie Baller wrote:Great coaching coach, started the same starting 5 in every game, and played them all for over 30 minutes, good job coach

I will say, I thought it was silly in the USF game when it was a 20+ point lead for the Dons with two minutes to go and the Pilots still had four starters on the floor. What's the point? Get the other guys some run.

There used to be a weekly coach show where you could text/call in with questions. I'd have been interested to hear what Coach Porter's assessment of Triplett is.

Not saying that Zac doesn't deserve more burn because he has certainly shown in a limited sample size that he has a lot of tools that can be of use.

But to imply that he (or any other freshman not named Jalen Suggs) is just going to walk into a WCC squad and get starters minutes is absurd. The jump between high school ball anywhere in the world and D-1 is immense and I saw many a freshman in my time as a student at UP run into serious challenges with that jump.

The fact of the matter is that Zac came in with a bunch of JuCo guys who are older, more experienced and generally further developed players so its not a surprise to me that he is having to experience a learning curve behind these players.

Personally I hope he stays because he will definitely be utilized better by the next head coach. And magical things often happen to players development wise once they've seen the ropes.

i dont have to imply about other freshman, i can name you a few straight away.

Kobe Williamson Seattle, avg 30 mins a game, and if you said to anyone in Australia that Kobe would be playing as a SG and taking 10 shots plus a game before Zach, they would think youre smoking something. Seattle also woped the floor with UP twice.

Josh Bannan, Montana, 30 plus minutes a game, and i can keep going.

They play under coaches that play freshman, develop freshman, not sit them, play youre best team no matter, age, if Zach cant get 20-25 minutes on that roster, you guys are on the good gear.

Obviously like losing, Aussies dont like to lose, and plenty of Aussies in the WCC doing great things