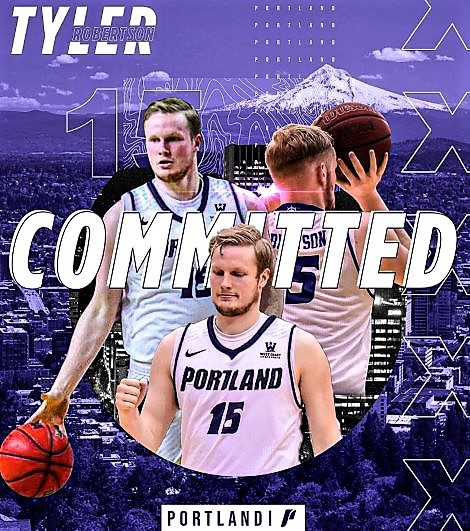 Deng Dut G 6-4/190 Sophomore from Melbourne, Aus...transfer from College of Southern Idaho (JUCO) has confirmed he is "all in" to play for the Pilots. 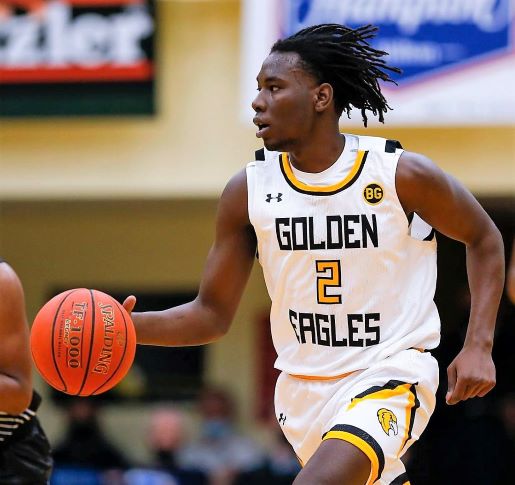 Not everyone can be a starter, and Robertson was the "Top Reserve of the Year in the Big Sky this season.

Solid start. Robertson is obviously an established D1 player and Deng Dut shot 50% from 3PT for College of Southern Idaho this past year. That’s good, right?

I hope it’s a two way trend. If Legans can convince Triplett to stay, then we’ll have the beginnings of a nice little Aussie pipeline. Maybe Robertson can also serve as the first domino for the EWU transfers and can hopefully lead to the Groves brothers coming to town.

"Hey Oi mate, that was my idea!"  -Randy Bennett, probably

bdaddy wrote:I hope it’s a two way trend. If Legans can convince Triplett to stay, then we’ll have the beginnings of a nice little Aussie pipeline. Maybe Robertson can also serve as the first domino for the EWU transfers and can hopefully lead to the Groves brothers coming to town.

Coach Legs was quite clear after his discussions with Coach Meek that he would be looking to start a pipeline.

I am confident Triplett would fit very well into Legans' system and that he is likely pursuing him.  We have not heard from Aussie Baller for a few months, perhaps he could give a little perspective.

Jack Perry, another from Melbourne and EWU, who was adamant about returning to EWU for a graduate year, has now thrown his hat in the transfer portal....just saying. 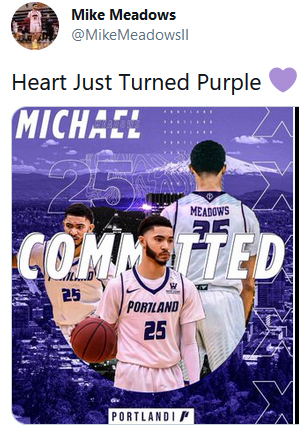 “He’s always been ready. Always one of the toughest guys, always defending, he’s the definition of toughness.”

Ohhh, scoop of the day here...

Did some digging and it turns out Nikola Milošević isn't an uncommon name in the Balkans.

I think the Nikola Milošević we're looking had played in Serbia for at least a few seasons, but played for the Podgorica club in Montenegro this past year. He mostly played with Podgorica's second team in the Prva B Liga (12.2 PPG, 3.4 RPG, 3.2 APG, 38% from 3PT in 13 games). Also played 10 games with Podgorica's top team in the Erste Liga, the top level of Montenegrin hoops. And one site had his birthplace listed as Toronto?

I could also be inadvertently combining info from two or more Nikola Miloševićs, though. Who knows!

It may be the scoop of the day, but the bigger scoop was when Tatjana Sparavalo Legans said to her husband, "I've got this 6-5 family friend named Nikola Milošević living in Montenegro who is apparently a very good player...you should check him out." 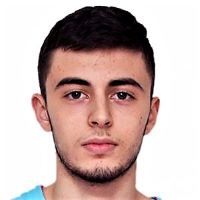 ...and apparently he took her advice.

A year ago, Terry Porter was rebuilding the Pilot roster with a lot of new players, and while the experience and talent was impressive, I never got excited about the team because in the end, we were still going to have the same coach. Not anymore. This is fun to watch.

Sound Voltex wrote:Curtiss has been recruited back!

Not a surprise that 6-9/205 Hayden Curtiss didn't leave UP as he had stated that his entering the portal was "just in case the new coach does not want me."

Now, what is it going to take to make sure Triplett and Ali are on the Pilots' roster next fall?

At least five scholarships for next season are now spoken for, let's play!

I would not be surprised if we see two or three, or even as many as four more high school recruits sign.

DoubleDipper wrote:Can we expect more high school players to commit to UP?  I think so, but with no in-person recruiting allowed until at least May 1, I am wondering if Coach Legans will go after some of the seven recruits that committed to him while he was at EWU.  It is often the case that high school kids are more attracted to the coach than the university.

If that is the case, two EWU commits, and one signee stand out from the rest:
1. Yaru Harvey 6-2 guard from Sacramento
2. Fan “Chris” Yiming 6-8 forward from China
3. Skylar Wilson 6-7 small forward from Denver 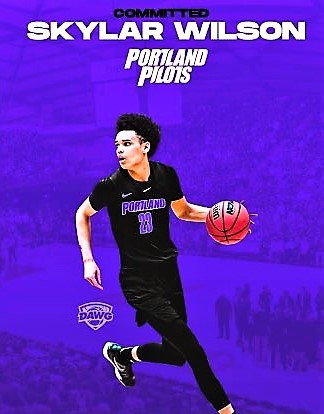 Now listed at 6-8, Wilson had signed with EWU, but was obviously released from his commitment.

Of the three EWU commits I listed above, I believe Skylar was the most coveted.

(That makes 6 scholarships spoken for).


Maybe it is just wishful thinking, but Skylar's stroke looks very similar to that of Klay Thompson...don't you think?

From a Skylar Wilson re-tweet by his academy coach. 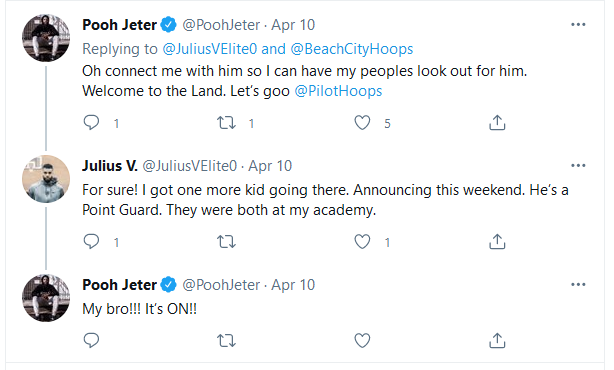 Who's the other person

Sound Voltex wrote:Who's the other person

DoubleDipper wrote:If that is the case, two EWU commits, and one signee stand out from the rest:
1. Yaru Harvey 6-2 guard from Sacramento
2. Fan “Chris” Yiming 6-8 forward from China
3. Skylar Wilson 6-7 small forward from Denver.

Well, it is just an educated guess, but I would say it is Yaru  Harvey, a 6-2 point guard from Sacramento who attends the same academy as Wilson in Southern California. 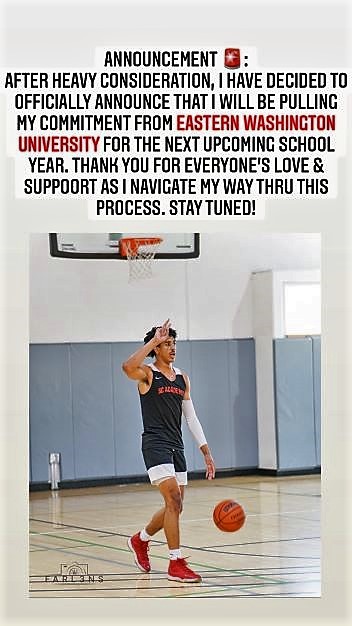 I think we can expect another announcement soon...

Who's the other person

Looks like DD already has it figured out, but I just have to say it's really awesome to see how involved Pooh continues to be with the program. And it looks like that's only gotten stronger since the Coach Legans era began.

DoubleDipper wrote:Deng Dut G 6-4/190 Sophomore from Melbourne, Aus...transfer from College of Southern Idaho (JUCO) has confirmed he is "all in" to play for the Pilots.

Deng was named the NJCAA Region Tournament MVP after scoring 31 points in the championship game.

College of Southern Idaho now moves on to the National Championship Tournament and will not play again until Wednesday April 21. 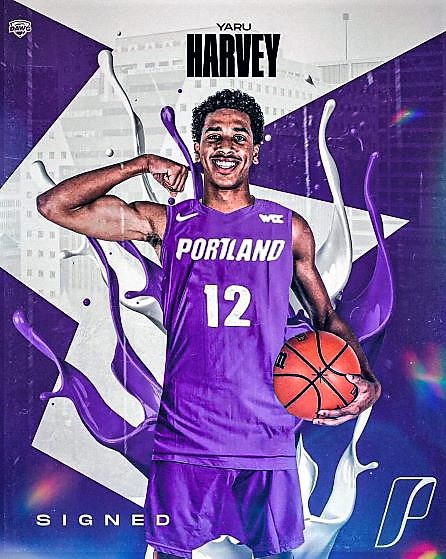 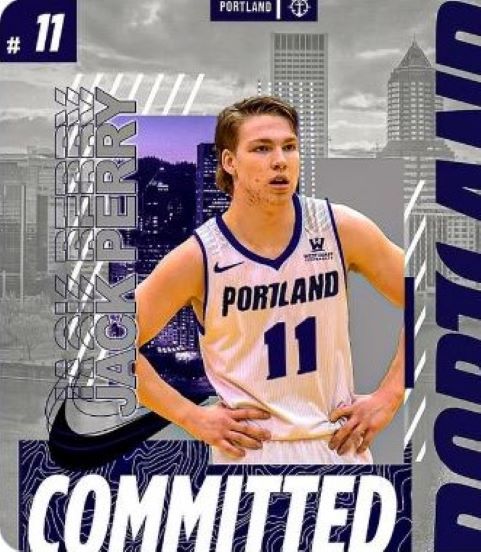 It took a translation of a tweet, but it is confirmed that 6-5 wing Nikola Milosevic from Montenegro has signed and will be a freshman at UP this coming season.