The postponement will impact University of Portland men's and women's soccer, women's volleyball and men's and women's cross country. The conference intends to explore various models for conducting postponed fall sports in the spring of 2021. Discussions involving scheduling models, gameday safety protocols and a timeline for WCC competition are ongoing and will be shared at the appropriate time.

The WCC will not prohibit member institutions to individually determine whether to participate in non-conference fall competition or events as they deem appropriate.

Is BYU a FBS school?  If so, the purpose of this may be to allow them to play football in the Fall, if they want to do that.

Is BYU a FBS school?  If so, the purpose of this may be to allow them to play football in the Fall, if they want to do that.

BYU Is an FBS independent. The WCC website has different wording

WCC wrote: The postponement of WCC fall sports seasons and championships does not preclude member institutions from scheduling non-conference competitions in low risk sports in the fall.

When I saw that I figured xcountry. Those folk will run anyway. Some already run unaffiliated. Asking them to take a year off would kill most careers.

At this point I think calling Football a low risk sport is a tough sell. And who will they play? Everyone else has dropped out or gone Conference only. Maybe they are switching conferences or consider their football activity none of the conferences business, but then it wouldn’t matter what the wording is.

I seem to recall that PU, BYU, SCU, USF and GU have women's golf, and all the WCC schools except UP have men's golf.

After being closed due to COVID at one time, now most all golf courses are open with some restrictions. 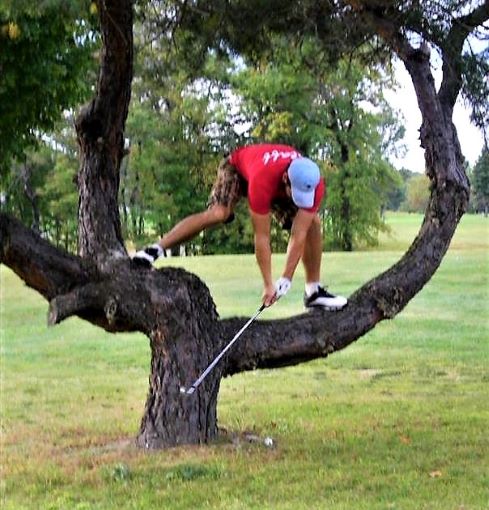 Hey, wait. Isn’t that outside assistance?

Their focus, energy, and excitement are incredible...

There is an article in the Beacon about what the coaches are doing with their down time.

From listening to the recent Leykam interview, it sounds like the WCC is planning on starting play in February. They are waiting to firm up plans until they see whether the Pac 12 will be playing non-conference games or going conference only.

The WCC has announced that the women will play a round robin in the Spring, 9 games, on Saturdays from February 20 through April 17. The announcement does not saying anything about non-conference games, but Utah Valley currently shows BYU as a Spring opponent, so it seems likely non-conference games are allowed. There has been a question whether the Pac 12 will be allowing non-conference games, and I am suspecting they will because otherwise I think the women might have played a conference tournament or a double round robin.

Is it too early to know whether any spectators will be allowed?

What is UP doing for spring semester about classes and dorms?

SoreKnees wrote:Is it too early to know whether any spectators will be allowed?

What is UP doing for spring semester about classes and dorms?

I've been told there is no current plan for fans to attend games unless we all mask-up and stop spreading the virus, however, both UP and the OHA will not make a final decision until well after school begins, "probably in late February."

All the dorms will begin to open the week of January 18th, but will be occupied at only about 50% of capacity for the entire semester.  Once the students move into the dorms there will be about a one week period of semi-quarantining before classes begin.

Upperclassmen will not attend in-person classes (except labs and capstone classes), and class size will be limited to no more than 20 students.

Testing, testing, and more testing is planned, and mask wearing everywhere except in one's own dorm room will be enforced, and students will not be allowed to visit dorms other than their own.

The last I heard, UP has budgeted somewhere north of $2 million for testing this coming semester, and for the most part, they will be using the rapid molecular test which provides results in 15 minutes.

Must be a new test. What I read from the fda is that the molecular test is same day, not 15 minutes.

The test that is that quick is the less accurate antigen  test that was used at the Trump super spreader event.

Fifteen minutes was the number we were given at two recent online meetings by two different UP reps, but you are correct, Geez, all the information I have read says same day, not a specific number of minutes or hours.

I'm sure we'll get more information as we get closer to MLK Day dorm openings.

Some of the student-athletes have been tested continuously since June or July...

Spring 2021 schedule of conference games, from the WCC website:

That is less than a month away!

That is less than a month away!

There now is a schedule on the website.  It does not show the Idaho game, so although Idaho has the game on its website, maybe that is not correct. Or, on looking at the NCAA Soccer Schedule rules for the Spring, the first permissible game date is February 3, so if there is an Idaho game it must be an exhibition game. That makes more sense.

On the other hand, the Pilots schedule shows: