According to the Portland Tribune:

The job opening at UCLA, where Carlin-Voigt was an assistant coach before coming to Portland in 2016, spawned rumors that UP could lose its respected young coach to the Bruins.

"It's a tremendous job (at UCLA), but I also think I have a wonderful job," he says, listing the soccer culture at UP and in the city, along with perhaps the best playing surface in the country at Merlo Field, among many reasons he envisions a great future on the Bluff.

UCLA did reach out to Carlin-Voigt, but Portland has become home and he wanted to quell any rumors before they could impact recruiting.

One exhibition game, seven non-league games, and four WCC games at Merlo Field for the men this coming season...

Here's the rest if the schedule, including very big away games against UW, Seattle U., and Wisconsin:

Finally, up pops the second transfer's name (the first was Michael Barrow from Campbell U.), Josh Lagudah, the reigning Missouri Valley Conference Goalkeeper of the Year from Loyola-Chicago.

Lagudah, who originally hails from Canberra, Australia, started his college career as a junior in 2018 at Loyola, and comes to UP as a senior with one year of eligibility remaining and is eligible to play immediately. 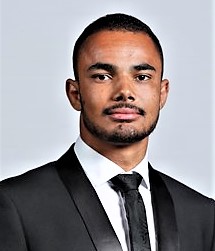 I guess they must not trust the young Catalan who came last year.

UPDATE: Add OSU on August 18th to the schedule: 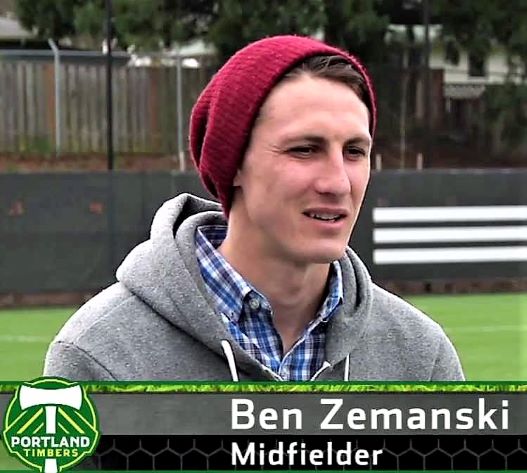 Good news. I saw his retirement letter tweet, but is had no idea we were the “next chapter”

Top drawer announced that U17 World Cup veteran Jacobo Reyes will play for UP this fall.

Geezaldinho wrote:Top drawer announced that U17 World Cup veteran Jacobo Reyes will play for UP this fall.

Nick Carlin-Voigt wrote:We are thrilled to sign another talented young American attacker. Jacobo has diverse international experience at the U-17, U-18 and U-20 National Team level. Jacobo is a humble and driven young man who is very excited about representing the Portland Pilots as he continues to develop and improve in our system. Jacobo has a skill set as a quick hybrid attacker that will allow him to play wide and also be versatile enough to come inside and find the ball in pockets centrally to help drive our attack forward. We couldn't be more excited to welcome Jacobo to our program and know he will take full advantage of the opportunity presented."

The United Soccer Coaches preseason poll is out, and two WCC teams are in the Top-25:

UP and SMC face-off in the final WCC match of the season in Moraga on Saturday, November 16 at 1pm.

Haven't seen this posted, and I'm sure most of you have gotten the notice, but Sunday's match against OSU has been moved to 6:00pm. Wouldn't want anyone to show up at halftime!

SoreKnees wrote:Haven't seen this posted, and I'm sure most of you have gotten the notice, but Sunday's match against OSU has been moved to 6:00pm. Wouldn't want anyone to show up at halftime!

The only folks who didn’t get the game message was OSU, as UP cruised past the beavs 3-0 in the regular game and 1-0 in the tacked on overtime. The Beaver back line looked too suspect to deserve the #22 ranking and their offense only showed much a couple times.

UP looked good, with several fresh faces getting playing time. Up players will have to compete for significant playing time and might just have enough talent to carry them through the brutal ncaa two games a weekend schedule. Considering many of These payers weren’t here last year, they seemed to play well together.

I agree with that assessment. In the first fifteen minutes they were very trying to work the ball through Rey and it wasn't working. Once they balanced the attack a little better, they started creating opportunities.

The players off the bench looked, by and large, as good as the ones they replaced. That bodes well for dealing with the inevitable injuries through the season.

Like Geez, I didn't see a ranked opponent out there last night and I wouldn't take too much from the Pilots' dominant win. We'll have to wait and see how it goes against the tougher teams on the schedule.

Highlights for those like me who were unable to attend. Can't wait to see how this season plays out!

Great atmosphere on Friday night, but a bit of a clunker performance. Pilots dominated, though there is no box score posted so I don't know what the numbers were on shots and possession. Finishing was not great (and the opposing keeper had an amazing game). I didn't see our #7 Ogudugu, who impressed against OSU, on the pitch. I hope he's not injured because he looks like a very important player up front.

SoreKnees wrote:Great atmosphere on Friday night, but a bit of a clunker performance.

To me, the refs allowed the game to be way too physical from the get-go, and UVU took advantage of it, even though they were whistled for 23 fouls.  I sit with a very experienced, but now retired, ref who called the officiating "amateur," and the dust-up at the end of the game was probably a long time coming.

Great to see Luke Hendel bury the PK in the corner.  I know many of us have been fans of Luke since his freshman year when his very physical brand of play was close to resulting in a red card each time out, but he now plays with great control and poise.

I guess I'm sufficiently accustomed to the EPL that I didn't find the officials to be particularly lax. Maybe there were some cheap shots that I didn't see from where I sit.

No surprises in the coach's poll released today:

Pretty impressive that SMC has two forwards, a mid-fielder and a goal-keeper on the All-WCC team...probably the reason they are a unanimous pick to finish first.  Yeah, I know, UP got one vote, but the SMC coach is not allowed to vote for his own team to finish first...

You know, I think that part of the reason I enjoy the WCC men's soccer field so much is that it reminds me of a time when the WCC had only 8 members.

That final regular season game in Moraga could be a fun one!

SoreKnees wrote:I guess I'm sufficiently accustomed to the EPL that I didn't find the officials to be particularly lax. Maybe there were some cheap shots that I didn't see from where I sit.

There would have been two expulsions in La Liga.

I did stay up to watch the whole match. All I can say is that Colgate has some great defense. It felt like we were playing the match in their half of the field the whole time.

The last few seasons we have drawn or lost our first match and then gone on a tear afterwards. There is still plenty of season to go!

Plenty of season for go, but who's going to score goals? Benji's gone and no one looks like being able to create against a packed-in defense.

That's 200 minutes against lower-league opponents without a goal from open play.

We may not be scoring, but we have that knocking the crap out of the posts thing down pat.

Geezaldinho wrote:We may not be scoring, but we have that knocking the crap out of the posts thing down pat.

And a couple more of those last night, but it was good to see the team finally rewarded for their efforts in the 3-0 win...and good for the fans too.

Last night I heard the question asked, "how many fouls/cautions can a player accumulate before he must sit out a game?"

This is what I wrote a few years ago.  Does anyone know if the rule has changed? 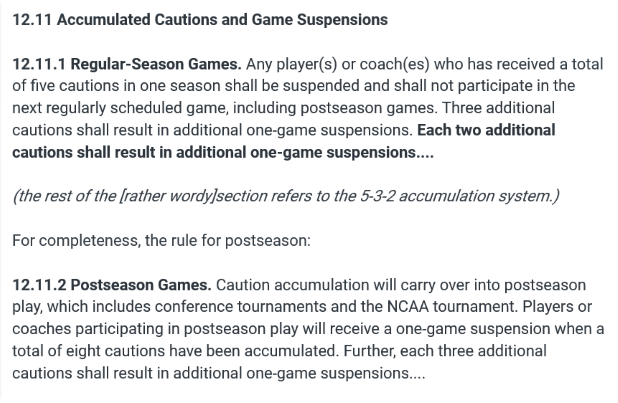