Geezaldinho wrote:And I’m told one or two transfers will be coming in, one or so going elsewhere, and perhaps a Euro player. 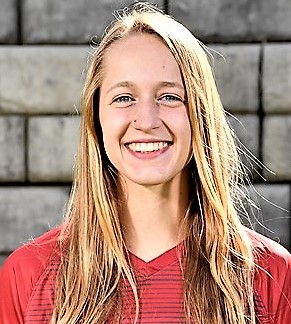 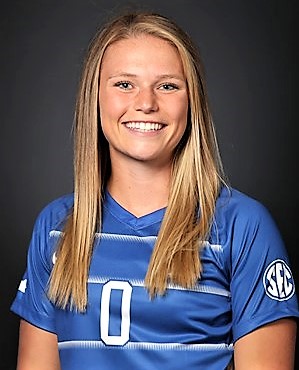 Sounds like a couple of good additions. We swap Carter for Rita, I guess.

Does anyone have any advance info about incoming frosh? It seems like we might be a little light up front, depending on how they play to use Ries and Hazlett, both of whom have played as strikers and as midfielders.

SoreKnees wrote:Does anyone have any advance info about incoming frosh?

Yes, there are four of them, D Shay Adams from Seattle, GK Gina Muzi from Delafield, Wisconsin, F MJ Roe from Anthem, Arizona, and GK Jenny Wahlen from Borlange, Sweden, have signed National Letters of Intent and have four years of eligibility.

Also joining the 2019 squad is Cal grad-transfer, MF Anja Koehler from Oceanside, California.  Koehler has one year of eligibility remaining.

Small class, but nice geographic distribution. No one from FC Portland for a change, which could be good or bad...

SoreKnees wrote:Small class, but nice geographic distribution. No one from FC Portland for a change, which could be good or bad...

Yeah, could be good, depending upon their skill level, but on the negative side it could reduce the fan base including families, friends, and teammates.

Including Jamie Rita and Payton Woodward, who were announced last month, and if no one transfers out, that brings the roster to 27 or 28 players, the biggest roster I can remember for quite some time... although five of those players are goal keepers!

It's gonna be quite a Senior Night later this year with as many as 11 seniors expected to be on the roster.

The Instagram UPWS feed show that Gabi Brummett (f) has transfered to UP from Duke. It looks like she will be a Junior.

Coach French has obviously sparked a renewed interest in UP soccer from fans and student-athletes alike, and just the quality and large size of this season's roster is an indication that recruiting is on the rise...

And Frenchie has gotten a little help from her/our friends:

First news on the fall schedule.

UP will play at San Jose State on Sept. 20 (7:00 PM)
https://sjsuspartans.com/schedule.aspx?path=wsoc
Looks like a return match for Last year’s home match against Lauren Hanson’s team.

Gabi Brummett may have some NW connections. I see Austin Brummett is on the Seattle Sounders academy team.

Some othe matches showing up on schedules:

In August 29 we will play New Mexico at 5:00 PM in the Husky invite in Seattle.

And September 1 we will Play North Carolina in the Husky invite at 11:00 AM.

Seems odd that there would be a game on Thursday the 29th in Seattle then no game until Sunday. Typically that tournament runs Friday - Sunday. It might be worth the drive to see UNC.

A_Fan wrote:Seems odd that there would be a game on Thursday the 29th in Seattle then no game until Sunday. Typically that tournament runs Friday - Sunday.  It might be worth the drive to see UNC.

It may be to accommodate UNC.

With three GKs inbound for next season (Woodward, Muzi, and Wahlen), it would appear redshirt freshman Carly Becker saw the "writing on the wall," and will be transferring to Dayton.

This season's schedule is rather disappointing from a season ticket holder's perspective as the Pilots will have just one exhibition and two preseason games at Merlo, but at least the potentially five best WCC games will be played at home.

The entire schedule, including games against UW, New Mexico, UNC, UO, San Jose St, Cal, and the rest of the WCC can be found here:

At least we will be able to see 4 games within 3 hours of Portland,with UW, New Mexico, and Unc in Seattle
, and the match at UofO.

Just one tiny update, the UBC game on August 14 is now scheduled for 7pm.

The just released 2019 roster shows 26 players, four of whom are goal keepers, and there are nine newcomers....

One interesting addition to the roster is Sophie French (no relation to "Frenchie", apparently).  Sophie played two years of high school soccer in Bellevue and two years at Lakeridge High in Beaverton in addition to playing club soccer in Washington and again with Portland FC.  In 2016, as a high school senior, Sophie signed with Santa Clara, but instead ended up at Idaho for her freshman year and then at Cal State Fullerton as a sophomore.  She'll be a junior at UP, and although the transfer rules for soccer are not clear to me, it would appear Sophie will have to sit out this coming season after transferring for the second time (3rd school) in college.

DoubleDipper wrote:The just released 2019 roster shows 26 players, four of whom are goal keepers, and there are nine newcomers....
https://portlandpilots.com/roster.aspx?path=wsoc

Note: Kendra Steele is not on the roster.

DD wrote:She'll be a junior at UP, and although the transfer rules for soccer are not clear to me, it would appear Sophie will have to sit out this coming season after transferring for the second time (3rd school) in college.

Well, there is a little minefield. It would depend on which school she signed a valid letter of intent with and whether it actually went into effect.

If she signed with SCU and didn’t attend any classes, that LOI never went into effect. And if she signed with SCU, she couldn’t have an LOI with Idaho for her freshman year because only one letter of intent per year can signed, according to Nationalletter.org


So it is possible that only her Cal State Fullerton LOI has any meaning, if she even signed that.

And we already have a case of one player coming to UP without signing any letter of intent and instead signing a financial agreement, so that is possible.

And there is the issue of whether she received any scholarship money from any or all these schools.

As long as she got a release from Fullerton, it is quite possible she could play this year. The rules for receiving releases have been loosened up in the last couple years in D1.

We have always done well with people named Sophie and French around, so here’s hopein’.

Kendra was one of only five Pilots to start every game last season, but there is some speculation that her surprise transfer was a result of her anticipating less playing time this coming year with the influx of new players.

Steele has not said publicly where she'll be headed next...

DoubleDipper wrote:The just released 2019 roster shows 26 players, four of whom are goal keepers, and there are nine newcomers....

Frenchie has added two more recruits, Selma Licina and Amber Mutsaers to the team.   Licina, a forward from Bremen, Germany is a freshman, and Mutsaers, a defender/midfielder from Oss, The Netherlands, is a grad-transfer from Johan Cruyff Institute, and will have one year of eligibility remaining.

The addition of Licina and Mutsaers brings the roster up to a new high of 28 players, 11 of whom are new to the squad this coming season, and 11 of whom are seniors!

Fourteen scholarships and 28 players…it must be a real balancing act of “other” financial aid to attend UP where the cost is roughly $60,000 per year.

First game, an exhibition against U. of British Columbia, is at 7pm on Wednesday August 14th…

Anyone have a report from the UBC exhibition?

I've been hesitating on this because there is an unwritten rule on Pilot Nation against criticizing players. But now that you ask, here goes, and I'll try not to call any one out.

The overall performance was disappointing. I expected some rust because there are many new players and they have only trained for about a week. They were lucky to win thanks to two (obvious) penalties and a well-taken goal from the Garabay in the second half.

The two goals conceded were both giveaways. Both of the young second-half goalkeepers will know that they should have done better.

The attack was stagnant most of the time, with few players running off the ball and everyone looking to pass rather than shoot or penetrate. Taryn Ries is an outstanding forward, but she can't do it alone and her teammates up front often seemed to want to force the ball to her. The other strikers ... well, they had perhaps a half-dozen clear-cut chances in front of goal and found every possible way to not score. First-day nerves? We can only hope.

I worry about pace as well. This was not a top-level opponent, yet their wingers and strikers often burst past our defenders. And pace is something that should not take weeks of training to literally "get up to speed."

Kimberly Hazlett played at right back and was her usual bundle of aggressive energy. It will be interesting to see if this is a stop-gap or if the coach (who, herself, transitioned from winger to fullback in the middle of her UP career) plans to use her this way all season.

The one new addition who really caught my eye in a positive way was Selma Licina, the young recruit from Germany. She played only 20 minutes in the middle of the second half, but really put herself about and seemed to be everywhere at once. I'm not sure why her minutes were so limited, but I look forward to seeing more of her.

One possible injury to freshman defender Shay Adams, who hobbled off in the second half. She was mostly solid next to Dendinger in the middle, so it could be a big loss if she is out for a long time.