The Pilots continue their road trip to visit the Falcons in Colorado (KenPom #243). USAFA is 1-2, losing by 4 at Bowling Green (#270), beating Delaware (#182) by 4, and losing to TA&M-Commerce (#296) by 4 in OT. Portland at #127 should be their toughest challenge to date. They average 67 ppg, and obviously keep their games close. They play a deep bench, with 10 players averaging double digit minutes. They average 7 steals per game, and almost 5 blocks per game. The Pilots are going to have to do better than the 27 TOs last game to be successful in this one.

Pilots need to win this one as things get tougher ahead; they return to a quick game with Seattle U (#148) on Saturday then start the PKI with North Carolina (#17) on Thanksgiving.


DD, do you get kicked out if you have a growth spurt after enrolling?

FYI, the game is broadcast on the Mountain West network, themw.com.

up7587 wrote:DD, do you get kicked out if you have a growth spurt after enrolling?

Hahaha, I thought the same thing.

It's probably more like the player is actually 6-7. Then he puts his shoes on and measures 6-9. Then the coach figures they'd better add an inch because everyone else lies on the roster as well, and boom we're up to 6-10.

From the page on height restrictions.

The pilot waiver system is in place to determine whether pilot applicants of all sizes can safely operate assigned aircraft and applicants who are significantly taller or shorter than average may require special screening.

“Some people may still not qualify,” Wills said. “But, the Air Force is doing everything that we can to make a career in aviation an option for as many people as possible. The waiver process is another example of how we can expand the pool of eligible pilot candidates.”

How tall was David Robinson?

Why do you ask? Does the Naval academy have a height limit, too?

1. Yes, the max height to enter the USAFA is supposed to be 6-8, but like everything in the military, there are waivers available...and that may be especially true for Academy student-athletes.  Even without a waiver, it is not unheard of to slouch or slightly bend your knees when being measured. And yes, roster heights may not match real-life heights.

2. UPT waivers are not uncommon, but the biggest factor that cannot be overcome is sitting height, not overall height.  The first aircraft a student pilot will fly in UPT is the T-6 Texan which has an ejection seat below the pilot and a helmet and canopy above the pilot, and if you cannot close the canopy without hitting your helmet...you cannot fly.

Only 1 in 4, about 26%, of USAFA grads go on to UPT while the others go to other specialties in the Air Force.

One of the more recognizable USAFA grads to complete UPT and fly the A-10 is Chad Hennings.  Chad was about 6-6/285 at the academy and about 10 pounds heavier when playing for the Dallas Cowboys. Chad was fortunate...his sitting height was such that he may not have fit in the T-6, but when he was training, he initially flew the T-37 (later replaced by the T-6), which had more canopy space.

The A-10 was probably the ideal cockpit for Hennings because of its relatively large cockpit (relative to other USAF fighters at the time) and a large bubble canopy. 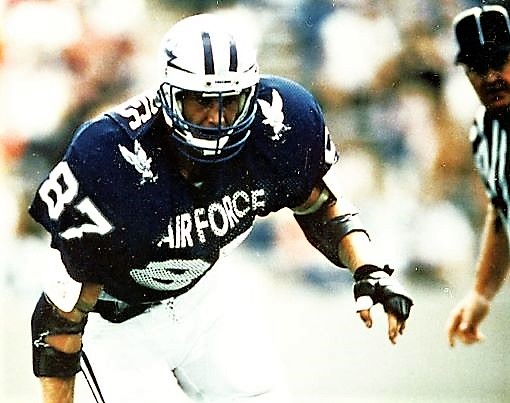 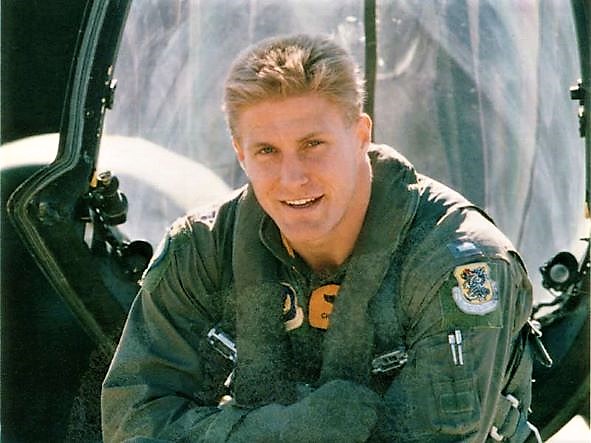 When on temporary duty in DC I watched Robinson play a couple of times when he was at the United States Naval Academy (USNA) and we often wondered how he was able to meet the entrance requirements.

It turns out he was something like 5-10 in high school but had a growth spurt to 6-6 before his senior year and started playing basketball that year just before being admitted to the USNA.

As I recall, the height limit then was 6-6, but when he arrived, he was 6-7 and was given a waiver... thinking he was too good a player to turn away and that his growth days were over.

**I do not know the percentages, but all the service academies allow a certain number of their officers to be commissioned in another service.  I've flown with USNA and USMA (Army) grads in the Air Force, and I know a number of USNA and USAFA grads who have gone to the Marine Corps.

NoPoNeighbor wrote:Why do you ask? Does the Naval academy have a height limit, too?

Yes, it does, as it does for service on ships. By virtue of his growth spurts he avoided his 5 year service commitment.
Because Robinson exceedingly surpassed 6-foot-6 -- the maximum height of an unrestricted line officer -- he was unable to serve at sea.

As a compromise, Secretary of the Navy John Lehman granted Robinson a waiver to receive commission as a civil engineering officer in the Naval Reserve for only two-years instead of five.

Then he joined the NBA.

No Mike Meadows tonight...time for Jack and Juanse to shine and we should see Joey start to counter USAFA's 6-10 post.

21 degrees and snow are limiting the size of the crowd, but teams are in the gym.

7-1/2 minutes in, and Pilots have not adjusted, missing many shots. And two cross court passes picked off so far. Can't imagine Legans will let them throw another one of those.

Nice to see the Pilots in person again 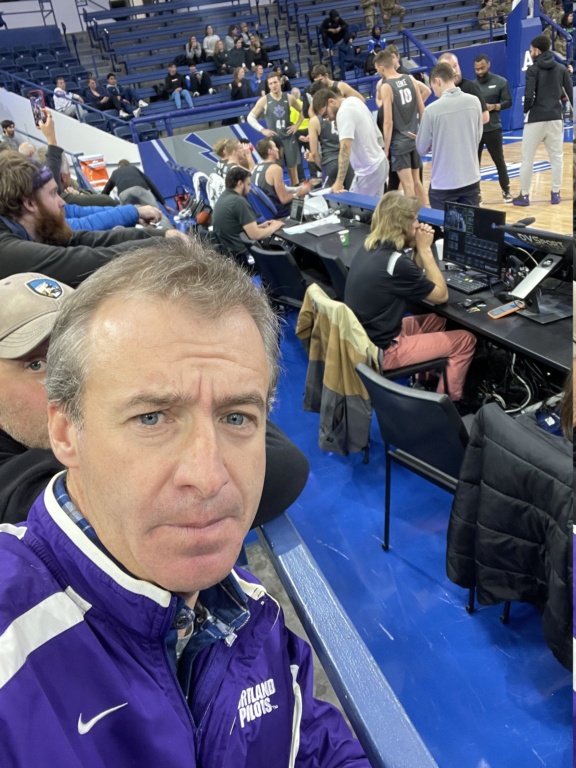 Despite the poor shooting from the field, the Pilots won by 13 points...beating KenPom and Las Vegas, both predicting a 4-point win for UP.

Road wins are always nice, but there is a TON to clean up before the Seattle game.

Some head scratching turnovers early but they largely fixed that as the game went on. Should have been in single digit TOs, I think they gave one to Chika when he was just trying to keep that one late rebound in play.

I think the Pilots have a player in Juanse Gorosito!!