It is baseball season, and the Pilots are tied for third in the WCC. Are spectators allowed at the home games? Or can we be members of the "Knot-Hole Gang", watching from outside the fences. In the first part of May the Pilots have home games against Pepperdine and league-leading Gonzaga. We always enjoyed watching the Pilots in a sunny May afternoon.

The governor just upgraded ( downgraded?) Multnomah County to the “extreme risk “ category, which means a limit of 50 fans. Better call the ticket office.


Interesting restriction. This means McPete’s, the local pub down the street can have the same number of people in its outdoor tent as Providence Park for a Timber’s game.

That would be my advice, call the box office.

Last time I spoke with Dave Taylor, the only people allowed in the seats were family members of the players and coaches.

From UP Athletics 2 hours ago:

This is to ensure the University's full compliance with the state with Multnomah County recently returning to "Extreme Risk" status this past Friday.

The University will remain in contact with local officials about updates to fan attendance. Check PortlandPilots.com for updates as they come.

The Oregon governor's office has declared that Multnomah County will go from "Extreme Risk" to "High Risk" beginning Friday...I have no idea what that might mean for attending Pilots baseball, but it should mean more of us will be able to attend the Thorns game on Saturday.

I guess we will just have to wait and see...

I have never been to a Pilots baseball game...and I guess there won't be an opportunity this season, but I am wondering what's with the large belt buckles. 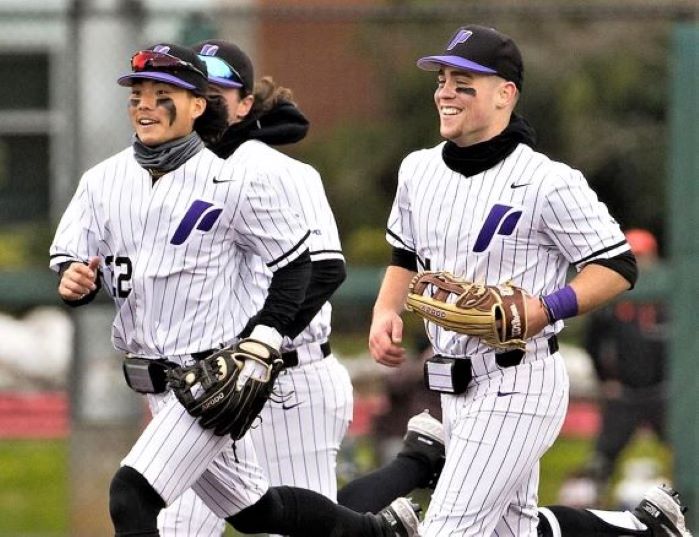 StudentPilot wrote:I have never been to a Pilots baseball game...and I guess there won't be an opportunity this season, but I am wondering what's with the large belt buckles.

Think of those “big belt buckles” as the bands quarterbacks wear on their forearm to interpret the play that is signaled from the sideline…for college baseball players they contain the codes of the day that correspond to various commands from the dugout or third base coach.

Back in the day players had to memorize many visual signs used by the coach, and when those visual signs were flashed, some of which were decoys, some were often missed if the player momentarily took their eyes off the coach or had simply forgotten some of the signs…but not anymore.

Now most coaches just holler a 3-letter or numeric code, and the players glance at their “belt buckle” to learn if it is a bunt, or hit and run, or a command to steal, etc.  In the past there were often multiple signs for a certain command, and if the players did not memorize as many as 20 visual signs, they’d miss their instructions.

I have heard of teams using actual magnetic white boards to write or place the code for the play instead of hollering the code, and I have also heard that some coaches use codes to set their defensive alignments, but I would think the outfielders would need binoculars unless the infielders relay the signs/codes.  I have not been to a Pilots game in many years, so I have no idea what system Coach Loomis uses.

My questions are:
1. Why do the players wear the band on their belt instead of on their glove-hand forearm?
2. How does it feel when they make a headfirst slide?

I wish it were April first…..