Feels like this program is up the creek without a paddle. Let's hope this is the last of the transfers, but who knows.

Bad news, but not completely unexpected. Does this drive additional changes, departures, abandoning of a sinking ship, etc.?

Next season could be (even more) brutal...

You mean winless in conference?

Next season could be (even more) brutal...

You mean winless in conference?

Shaver's departure does actually come as somewhat of surprise because just a week ago he was committed to staying at UP.  I'm guessing someone from another school had a chat with him...not permissible unless your name is on the "transfer portal," which it wasn't until now.

Do you suppose he'll be sitting in Reno next season?

Exactly!  With Marcus in a lineup totally lacking in leadership, the Pilots were 0-17 against WCC opponents this past season...wouldn't it seem a shake-up is needed?

True, Marcus was the best UP player on the court, but being a best player does not necessarily translate into being the best teammate who works hard to make his teammates better, or the best at sharing the ball, or the best at bringing energy to the floor, or the best at rallying the troops when the going gets tough.

There are currently 3 open scholarships, with a possibility of a 4th before mid-April, which would mean there will be at least 5 or 6 new players on the squad next season...reason for hope, not despair, IMO.

wrv wrote:Feels like this program is up the creek without a paddle. Let's hope this is the last of the transfers, but who knows.

Portland G Brian Smith (SO) is leaving the program.

Interesting VC would list walk-on Brian as a transfer, probably because he is on scholarship this semester, but I'm glad they did because it will give his name more exposure to other schools.

Brian is the hardest working, most inspirational player on the team, but just as he took a year "off" after high school to look after an ailing parent, this time he needs to move closer to home in Idaho to be closer to that once again ailing parent.

I have no idea what D2 opportunities are available, but you'd think at least one of the D1 schools would give him a look, and he could certainly walk-on at BSU with only in-state tuition to pay.

Brian rarely saw game action, but he will really be missed by his teammates and the coaches.

I predicted some months ago that Marcus was playing tomake himself look good to make the transfer. Which was to the detriment of the team. Conference and non conference basketball transition was a difference of day and night which coincided with Marcus trying to leave and I believe Jojo was not happy either, to get them to stay the coaches put all plays through him and JoJo and thus all the rest of the team suffered. And after all that he still leaves, he should have been told to go if he was not happy and had people that wanted to play get court time instead, I would want effort over a ability any day.

DoubleDipper wrote:Do you suppose he'll be sitting in Reno next season?

Well, Marcus could still end up in Reno next year watching Jazz from the bench, but Coach Eric Musselman, who built the Nevada team with transfers, will have left for Arkansas....

It's still unconfirmed, but one of his teammates told me that Josh Phillips will be leaving UP at the school year.

StudentPilot wrote:It's still unconfirmed, but one of his teammates told me that Josh Phillips will be leaving UP at the school year.

I have no idea how Josh is doing academically or socially at UP, but from a basketball standpoint he is buried on the depth chart, and if inbound freshman Cody Collinsworth plays next season, Josh could stay buried for quite awhile.

Many UP fans think it's a shame the staff passed on redshirting Josh this past season (he played 25 minutes), but apparently he was needed for one game when the team was down to just Josh and one other post player due to injuries. 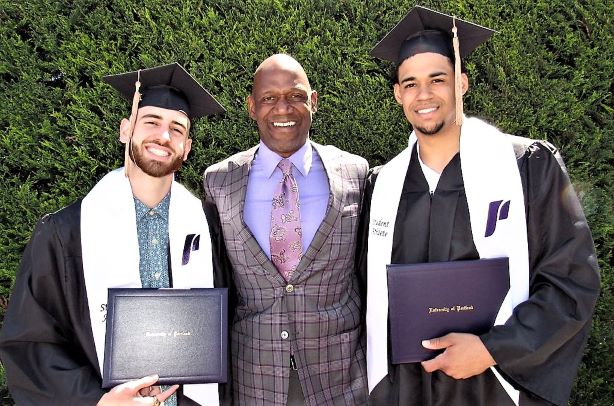 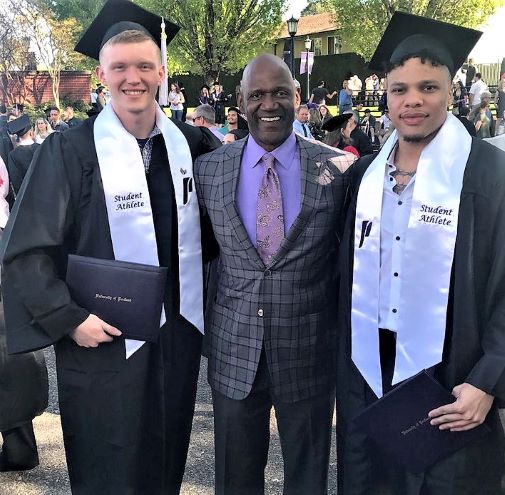 Congrats on these men getting their degrees.

What happens to all the players who put their names in the transfer portal, and end up not finding a new school?

@BJRains wrote:Source: Portland transfer Marcus Shaver Jr. has committed to Boise State. Nearly picked the Broncos out of high school. He’ll sit one year and then have two to play. Averaged 13.6 ppg in two years at Portland.

He picked Boise over Colorado State, Arkansas, and Montana. 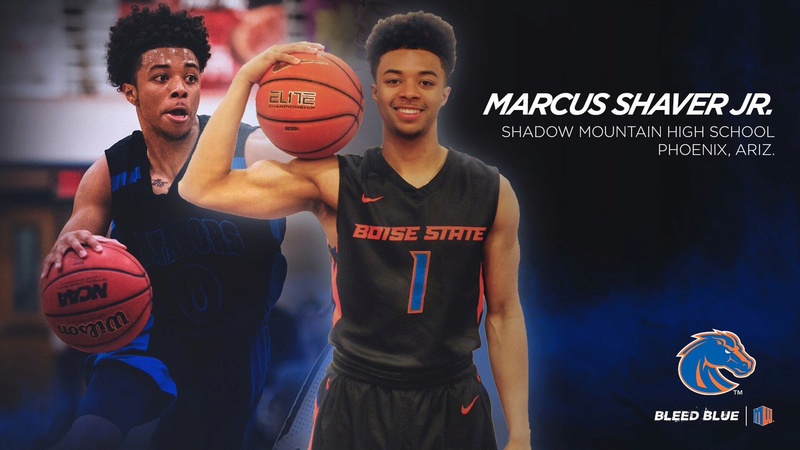 @BJRains wrote:Source: Portland transfer Marcus Shaver Jr. has committed to Boise State. Nearly picked the Broncos out of high school. He’ll sit one year and then have two to play. Averaged 13.6 ppg in two years at Portland.

He picked Boise over Colorado State, Arkansas, and Montana.

Shaver, recruited by Bob Cantu to Portland, said he also had recent offers from ASU, WSU and "others."

“They had recruited me out of high school so I knew Coach Rice and Coach Burns and I just really like everything about their coaching staff. They are really good people,” Shaver told the Idaho Press. “I really like what they are trying to do with the program, and I’m just excited to go over there and win.”

Asked what he will bring to the Broncos, Shaver said, “I can score, I like to pass, I like to get a few dunks in here and there. I just like to excite the crowd.”

Shaver, who visited Boise State out of high school but did not take another visit there this spring, said “we’ll win a lot for sure” by the time he departs. He hopes to work on his game and be ready to make an impact when he’s eligible for the 2020-21 season.