Watching the World Cup in 2018 will be stress free; there will be no U.S. team to worry about. A terrible finish to the CONCACAF play saw the U.S. drop from being an expected automatic qualifier to being left out.

That whole system failed. I have so many questions left after last night's dreadful and embarrassing performance. Why were most of those players still on the team (i.e., Howard, Bradley, etc. are past their prime already)? Where are our developing youth players who should have been on the team already? Why was there no sense of urgency the entire match? Do we keep Arena? Do we keep Gulati? How do we fix MLS and our development to make better players (college soccer is likely out of the equation)? Should we just be forcing all of our talent to play overseas? How will the missing exposure and revenue impact soccer's growth in the US, the women's national team, and youth teams? + x9 + ... + xn

I think we are realizing the impact of missing the last two Olympics with our U-23s.

The thing that has struck me for years with Klinsmann and Arena both, is that we seem content to allow other nations to dictate the style of play. We have no US Soccer "Style" and "system", we play based on the system of those nations we face. Sometimes one up top, sometimes two, sometimes with Pulisic on the wing, others with him central, sometimes with a deep set CDM sometimes with the CDM playing more of a CM. And for gods sake, what do we have to do to develop some legitimate Center Backs?

What the heck do I know, but I think one of the biggest problems in the USA is that youth soccer as a whole does a terrible job at identifying and developing talent. It's largely a "pay-to-play" system, which severely limits the number of kids (including a disproportionate amount of immigrants and children of immigrants who come from more soccer-friendly cultures) who progress up the ranks and get the proper coaching necessary to develop into national team caliber players.

Of course there are plenty of examples of scholarships and programs that do reach out to those communities, but still... I'm pretty sure America is the only country in the world where competitive soccer is a rich kid's sport.

There may be (are) problems with the U.S. soccer development programs.  A big issue is that the best American athletes don't play soccer.  They play basketball or football.

Bottom line, the U.S. players were better players individually than the Trinidad & Tobago players, but as a team they played poorly.  Time to clean house. And their coaching has to take a lot of blame.

Here's an article with a familiar name: sbnation.com/usa-soccer-next-usmnt-coach

The top athletes in this country don't play soccer. They play basketball, football, and baseball. Those sports are much more popular and the potential to make big money for the top players is much greater than soccer. In many other countries, the top athletes all play soccer. I hate to tell all you soccer fans out there, but that isn't changing any time soon.

I don't understand why soccer needs to be a rich kids sport. It only requires a field and a ball. Look at the number of inner city kids playing football, which is a much more expensive sport to play.

blacksheep wrote:I don't understand why soccer needs to be a rich kids sport.  It only requires a field and a ball.  Look at the number of inner city kids playing football, which is a much more expensive sport to play.

Oh, it doesn't *need* to be. And there are plenty of rec leagues that aren't prohibitively expensive, similar to Little League and YMCA basketball and all of that.

The trick is the more elite club soccer leagues, which have huge fees for signing up and big travel expenses and all of that.

I would much prefer a system like many countries have in which the professional leagues have youth development academies. Kids don't have to pay, because the clubs have the rights to them and/or a stake in their future financial earnings if they go to a different club. An imperfect system that introduced its own share of problems? Of course. But at least it opens up access to the best coaches and facilities to all kids, not just kids who can afford it.

Problem is, a system like that is bad news for youth soccer clubs, high school soccer, college soccer, etc. Which is why the MLS has had a tough time implementing it. (FC Dallas a notable exception.)

My point is this - understanding that youth soccer in the USA doesn't attract the best athletes (as pointed out, they go toward basketball and football), then it's crucial that the net be cast as wide as possible and not just limited to kids who are lucky enough to have parents who can afford access.

The World Cup is getting close. In addition to the US, Italy and Holland are not in the field. Brazil and Germany (shocking, right?) are the favorites. Both are about 9 to 2 on various betting sites. Spain and France are both about 6 to 1. Argentina is 9 to 1. (re oddschecker.com)

Who are the leading candidates for the full time gig?

I think the thought is to see who shakes out of the World Cup firings.


But there seem to be two camps divided between domestic and foreign choices.

The domestic ones include Porter, Friedel, Wynalda, Reyna, etc.

The foreign ones seem to include Tata Martinez and such pie in the sky choices as Zidane and  Wenger.

There is talk of an imminent signing of Ernie Stewart as general manager, which may complicate matters.

According to this article, the favorites are similar to USC and Alabama.

Here’s a pretty good overview of the USMNT and how we got here.

He will be in charge of all aspects of the team, starting with hiring the next national team coach.

Some things to think about:

He doesn’t start until after the WC, which means he won’t be evaluating performances of potential coaches.
He said he is in not rush to hire a new coach even if it is after September.

He comes from an MLS coming from the Philadelphia Union GM job. It will be interesting to see if past relations with the leagues and the  USMNT team coaches will improve or not. Right now it looks like a big win for Don Garber.

Anything interesting happen in the World Cup so far? I assume the traditional powers are rolling, and the stars are shining.

up7587 wrote:Anything interesting happen in the World Cup so far?  I assume the traditional powers are rolling, and the stars are shining.

Messi's less than stellar penalty shot was blocked by the Iceland keeper, Hannes Halldorsson, to preserve the tie. Halldorsson later explained,  "I did some homework. This was a situation which I knew could come up. I looked at a lot of penalties from Messi and had a good feeling that he would go this way today."

Maybe de Gea should have done some homework.

Mexico built a  wall and Germany paid fo it.
congrats to them for the first WC win over Germany by any CONCACAF country.

I remember somebody before  the match thought Mexico had the better midfield. It kinda raised my eyebrows but It turned out to be true.

Germany looked worn out by the end.

Brazil managed to draw with mighty Switzerland. Brazil reduced to complaining about the refs.


So far none of the favorites have managed to win a game, except France.

up7587 wrote:So far none of the favorites have managed to win a game, except France.

Maybe it was just opening game jitters, but France seemed pretty sloppy in their win over Australia yesterday.

France will likely go through from their group, but with games remaining against Peru and Denmark, the Danes also have a chance. 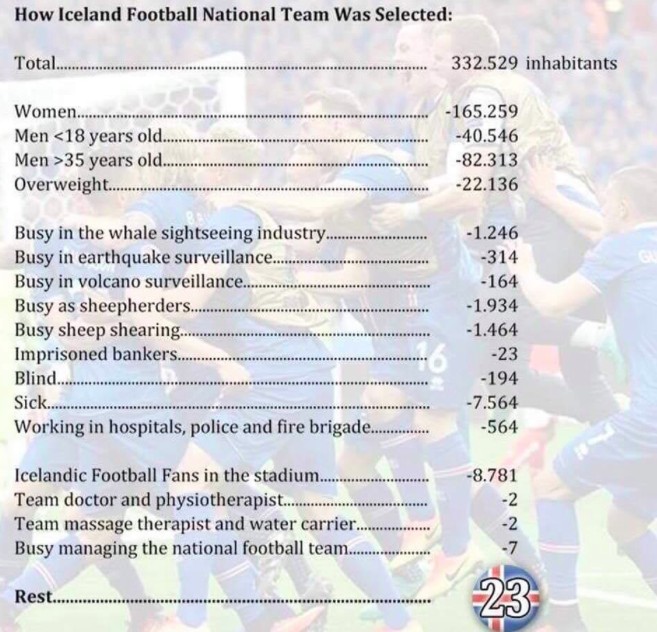 
And they have a point in the cup.

Germany doesn’t. We aren’t there.

Really, are you sure he's not just another beer snob? 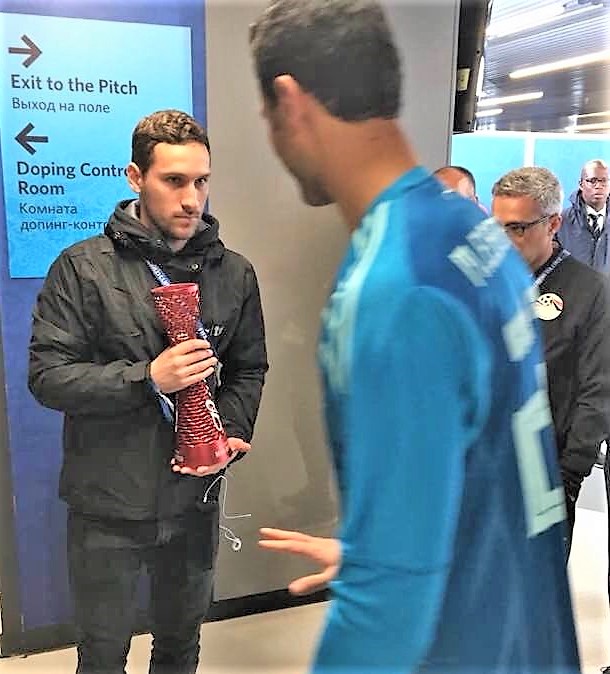 Kind of a strange beginning to the day today with Columbia down a man and a goal early (at 2:56, second earliest red card in World Cup history, apparently) in their loss to Japan.

Then Poland had an own goal and Senegal benefitted from a strange decision by the ref to allow a Senegal player to come on the pitch as a substitute as the Senegalese were heading down the field…and it resulted in that player scoring the deciding goal.  It was like a hockey player coming out of the penalty box and joining the fray unguarded.

In the final match it seemed the ref was intimidated by the home crowd in Russia’s thumping of Egypt and their beer-snob goal keeper, but Russia was certainly the better team, IMO.

Everything's still all good with the big boys, right?

up7587 wrote:Everything's still all good with the big boys, right?

Not exactly, coming from a guy born in Bahía Blanca.

Not exactly unexpected, though. I feared Argentina had a poor defense.

And Germany is one game from going home. It is quite possible neither team from the last finals will make it to the knockout round.

So, Sweden had something going there.  Even on goals, and up a man late in the match, all they had to do was secure a point and pretty much guarantee they'd move on to the next round.  Oops.


England and Belgium are looking strong.  They play each other next to decide the Group G standings.  Here is an interesting take on the FIFA tie-breaker rules that might apply to them.