I had a nice summary written up then lost it...Oops. Short version: St. Mary's has a single loss this season to Texas Arlingtion 51-65. Texas Arlington is not a bad team, but also doesn't appear to be that good. So St. Mary's can have an off night. It looked like they had a pretty off night for 25 minutes or so at USF Saturday, but their 15 good minutes were enough to win the game handily.

In weather news: High temperature for the day looks like 34 after not getting above freezing and snow predicted on Wednesday. Game time temperature currently looks to be around 20. Sounds like potential to partially thaw then turn to ice...

Think this game will be played tomorrow?

11" here under the St Johns Bridge. My guess is they play assuming St Mary's can get there. Too hard to make up two games.

For **** and giggles I drove through campus on my way to work and the grounds crew is plowing Portsmouth this morning.  I assume the parking lot is next.  I think they will try to play.

(edit) when did PilotNation get a profanity filter?

blacksheep wrote:My guess is they play assuming St Mary's can get there. Too hard to make up two games.

Will be interesting considering there's already been five flights from Oakland to Portland cancelled today.

Wild stuff, I think it maybe snowed once during my entire time at UP.

If the St. Mary's game can't be played here Thursday, but planes are flying (our women have to fly to St. Mary's), send our men to Moraga, too. They can have a double header. Then when we supposed to play there, have men's game here. An idea, maybe crazy, but better than having two three-game weeks.

I dont remember what game it was, but a few years back, the Pilots had to bus to SEA in order to fly to a game.

I really hope SMC is able to get here... our schedule could get ugly if we have to make up this game, too.

Historically, NCAA games have been handled separately from general campus closures, so even if they are closed again tomorrow, that does mean the game is automatically cancelled.

My worry with any game cancellation/postponement/schedule change is with the loss of that sweet ESPN revenue.

SMC just tweeted that they've landed in Portland, and with chains no longer required, I'd imagine they're going to have the game as planned.

They can find some CYO refs from NoPo and play the game. The more critical question is, if the campus is closed, will the pre-game meal be available?

Just checking in on Snowpocalypse.

I drove through campus again this evening. Lots of work to do to make the parking lot navigable.  Unless they can get it plowed, a high clearance truck will be required!

blacksheep wrote:I drove through campus again this evening. Lots of work to do to make the parking lot navigable.  Unless they can get it plowed, a high clearance truck will be required!

So, in other words... Leave the Prius home?

Glad to hear that St. Mary's made it safely in to town.

Gaels' scheduled airline flights were canceled, so they took a charter out of Concord....much better than heading to OAK or SFO. 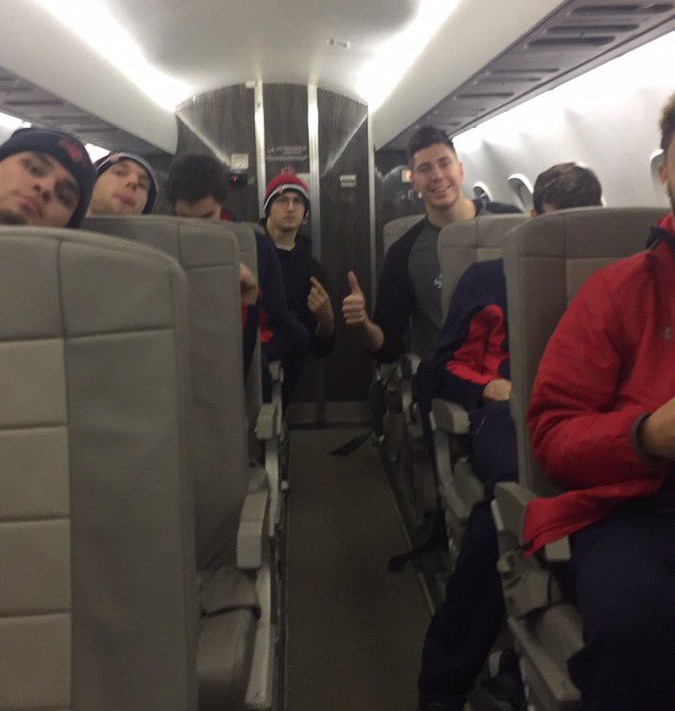 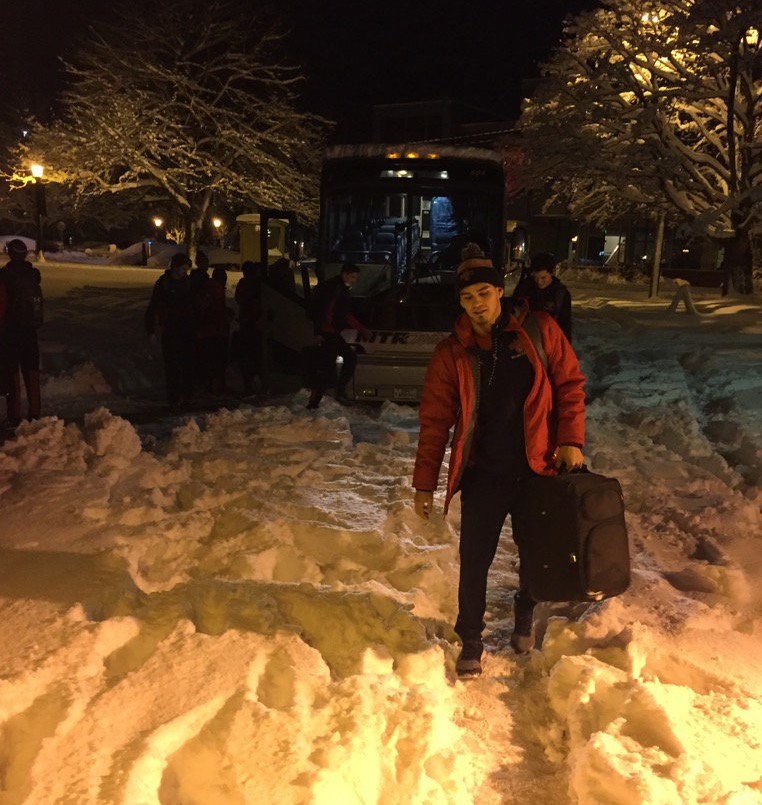 Let's hope its Nacho Night, Saint Mary's. I will do my best to stay up and watch (game starts at 11pm here!) and actually comment.

If anyone is driving in NoPo today, it would be helpful to get some updates on road conditions for those who will need to travel to get there. If anyone is on Willamette Blvd or Lombard/Portsmouth, please advise on suggested passable routes to campus from I-5, Greeley, St. Johns Bridge, etc.

The temperature forecast for 10pm is 21*. Don't use street parking too far away!

An unusually heavy snow storm blanketed the Portland metropolitan area during the 2008 holiday season.  The snowfall began on December 14 and continued for a week while piling up a foot or more of snow in most areas.

On December 22, 2008, while the region was reduced to a slow crawl and the UP campus, including the parking lot, had over a foot of snow, the Pilots beat Howard University, 98-73, in the Chiles Center.

Father Bill paid to have the parking lot plowed, the fans arrived, the food was hot, the game was played, everyone survived, and the world did not end!

A fan has reported that as of this morning, Lombard and Willamette were still compacted snow... they had 4 wheel drive and had no problems. They were of the impression that as long as people allow plenty of extra time (and the game is an hour later than normal), there should not be problems.

I foresee the biggest issue being vehicle clearance, in case the main lot is not plowed and parking on side streets is necessary... I would hope that the U is working on the parking lot today.
_________________
Run 'Em Aground Pilots!

Below is a bunch of really good information I just received from UP.  I also received another opinion that Willamette and Lombard streets were passable this morning.

Men’s Hoops Game Versus No. 21 Saint Mary’s to be Played as Scheduled

PORTLAND, Ore. (PortlandPilots.com) – The University of Portland men’s basketball game against No. 21 Saint Mary’s will be played as scheduled tonight at 8 p.m. at the Chiles Center. Fans are encouraged to use their best judgment in attending the game based on weather and driving conditions. Below is information that may be helpful for those with tickets for the game or those considering attending.

TICKETS: Tickets are still available for tonight’s game in person at the door or online, here. To view the University of Portland Athletics Tickets Policy, click here.

TELEVISION: The game will be nationally televised live on ESPNU and streamed on WatchESPN.

PREGAME SOCIALS: The Pilot House on campus will be open for pregame dining and drinks for all fans beginning at 5 p.m. along with shuttle bus service to and from the Chiles Center. The Hall of Fame Hospitality Room in Chiles Center will also be open at 6:30 p.m. for qualifying members of the Pilot Club.

TRANSPORTATION: Lombard Street and Willamette Blvd. are currently open and in drivable conditions to get to campus off of I-5. For traffic updates, street closure information, and other transportation questions, click here to visit the Portland Bureau of Transportation web site or visit TripCheck.com.

PARKING: Fans are encouraged to use the University’s main campus entry off of Willamette Blvd. and park in the main parking lot, which is being plowed throughout the afternoon. It is not advised to use the auxiliary entrance to campus off of Portsmouth Avenue or to park on any adjacent streets.

My question is...How's Highway 26 over the west hills? I usually take Germantown...but there's no way I'm taking that today even if they open it.

Somebody carries you over.