StudentPilot wrote:As a student, but also a supporter of Pilots Athletics, I don't know if I'm allowed to talk to him or help recruit him by simply pointing out the many positives of attending UP compared to some other universities.  Hopefully I'll find someone at school who can set me straight.

I was told Moors has a number of offers from mid-majors, and all want him to come for a visit, but he's one of those guys who, when he matures and gets more exposure in the US through tournaments, will have many more offers.

You're good to go, grasshopper....

As a student you are part of the university environment that any athletic or academic recruit is on campus to visit, and besides, it would be pretty dispiriting if a recruit were to visit UP and be given the "silent treatment" by the students.

As Moors already has a number of offers, and as UP is the first campus he's visited, let's hope his experience is a positive one in part because of students and professors he's met and he decides to give the Pilots a verbal commitment before leaving campus this afternoon.

Never saw a Seinfeld episode until the last one when we thought we'd find out why everyone loved the program so much. But I did track down the bit about the Moors and Moops....it even includes StudentPilot's friend, the guy with the "Kramer haircut," Kramer!

With four more official visits to take (and likely a lot of unofficial visits), James Moors did not give a verbal commitment to UP yesterday.

I read a blog that said he currently has at least 8 offers and will likely pull down quite a few more as his team plays the July circuit in the US.

Moors will graduate in December, so he's a likely candidate to sign during the early period in November.

DoubleDipper wrote:...Conditt would appear a long-shot for the Pilots after expressing interest in a couple of Big-10 schools....

As expected, the first of the Big-10 offers to Chicago native George Conditt has come from Illinois.  Conditt now has at least 17 offers, and it's expected he'll have many, many more before he finally selects a place to go to school next year.

UP has offered another recruit from Illinois, 6-4/180 Kani Acree from Carbondale.

Acree has seven known offers so far, all from mid-major universities. 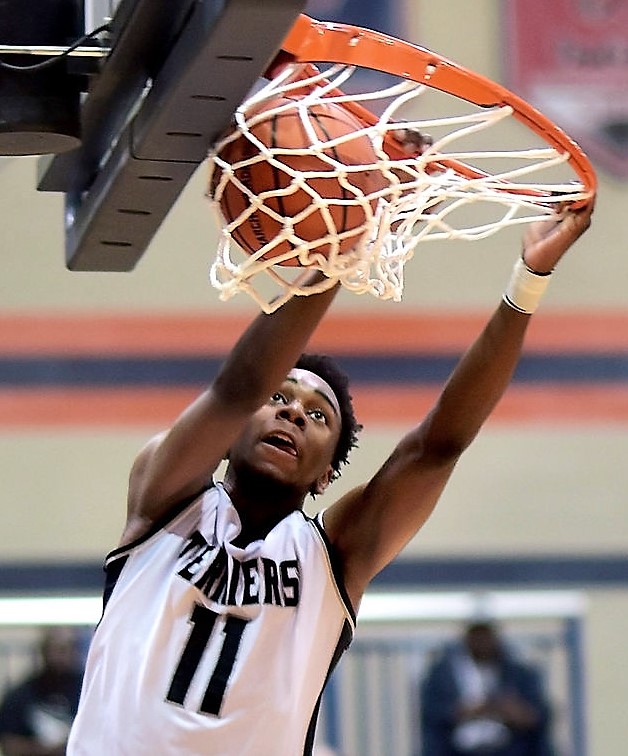 Freedman, from Mater Dei HS in Santa Monica, is rated at 4 stars by ESPN, and reportedly has a number of offers that include USC, UCSB, and Rice.

Freedman has decided to pass on UP and a number of Pac-12 schools and head east to Harvard.

Freedman, from Mater Dei HS in Santa Monica, is rated at 4 stars by ESPN, and reportedly has a number of offers that include USC, UCSB, and Rice.

Freedman has decided to pass on UP and a number of Pac-12 schools and head east to Harvard.

The Pilots, always on the lookout for someone with both an inside and outside game, have offered 6-7, Zack Naylor, a 3/4 combo who just finished his freshman season at Weatherford Community College...about 30 minutes west of Ft. Worth, Texas.

Naylor (#12 in the video) averaged 20 points and 9 rebounds in his freshman season at Weatherford.

Minutes played aren't tracked consistently at the JUCO level, and in games they're not tracked they just list everyone with a stat as having one minute played. He's likely a 30+ MPG guy given those numbers.

Still impressive stats for a freshman in JUCO ball, for sure. 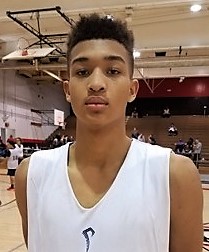 Devin Ugland wrote:Mehkel Harvey is up to 6-9 with a 7-1 wingspan and doesn't turn 17 until August. Won't be slept on much longer. 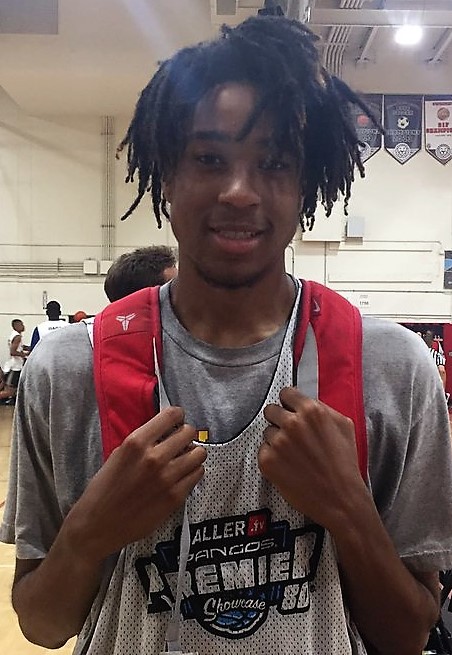 Pretty obvious the staff would like to sign a couple of PFs or a C when D'Marques and Philipp graduate....

It's been kind of quiet in here lately. If you have ever wondered about how the coaches recruit, well here is your inside look:

Yeah, because of the excellent piece on MBB recruiting I was going to give an updated rundown on who's being recruited and who is no longer being recruited for 2018, but as there has been some talk of both Porters being on scholarship starting with the 2018-2019 season there may be just one scholarships available this coming recruiting period....so it's really a pretty short list!

6-8/185 SF Josh Phillips recently visited campus and today the Pilots got a verbal commitment from him....so it's possible the Pilots are done recruiting for 2018 unless someone unexpectedly departs the team or rumors of scholarships for both Malcolm and Franklin are incorrect.  UP is definitely in need of a center....so I'm kind of hoping TP continues to pay Franklin's way (I've heard rumors that TP has decided to sell his Porsche....

The early signing period is in November...and unless there is a change in plans or the scholarship rumor is not ture, it could be a class of just one!

Go to Phillips' twitter account to see his comments and a 33 second highlight tape with the UP's primary logo superimposed.
https://twitter.com/Josh2Phillips

Great news re: Josh Phillips. This staff has got some recruiting swagger going! It will be fun to see these young guys meld into a team over the next 2-3 seasons.

I like this coaching staff's approach to recruiting bigs. Seems like they've decided it's better to have a 6'8" guy who can really play than a slightly bigger guy who can't. A skilled 6'8" (or shorter) guy can do quite well as an interior player in the WCC: Ryan Nicholas, Stacy Davis, Kyle Davis, Paris Blackwell...

NoPoNeighbor wrote:Great news re: Josh Phillips. This staff has got some recruiting swagger going! It will be fun to see these young guys meld into a team over the next 2-3 seasons.

I like this coaching staff's approach to recruiting bigs. Seems like they've decided it's better to have a 6'8" guy who can really play than a slightly bigger guy who can't. A skilled 6'8" (or shorter) guy can do quite well as an interior player in the WCC: Ryan Nicholas, Stacy Davis, Kyle Davis, Paris Blackwell...

I too am excited that Josh has verbally committed to UP.

The few scouting reports I saw about him indicate he is an "unpolished player with a vast amount of potential who really stepped up his game this summer on the AAU circuit." Also, "this kid is one of the West Coast best kept secrets!"

As a junior, the high flying Phillips averaged 6 points, but his forte was rebounding, 8 per game, and shot blocking, 5 per game.

wrv wrote:Moors film is pretty impressive. Not surprised he has many offers. I suppose getting him to visit is a good sign.

Another indication UP is currently recruiting only one player for 2018 is the fact that James Moors, the 6-9 forward from Auckland, committed to Drake.  After checking-out other schools Moors apparently decided UP was the place he'd like to attend, but the staff felt they could do better and that was later confirmed by the commitment from Josh Philips.

If Moors had committed during his visit it may have been a different story, but his equivocation has now landed him in Des Moines and the Missouri Valley Conference.

DoubleDipper wrote:Yep, 2018....but all part of developing relationships with young recruits and their coaches.

Kamaka Hepa was recruited by Rev's staff, and since then has received numerous offers, but when Terry and his staff saw Hepa in person during the OSAA Tournament in the Chiles Center, which Hepa's team, Jefferson, won, UP decided they were no longer interested in the PF from Barrow, Alaska.

But other teams were, and today he committed to Texas...an interesting choice, IMO, because  unless his family is moving to Austin, it will be a long distance to travel to see him play.

Among the schools that reportedly made offers to Hepa (22 in all) are USC, Stanford, Arizona, Oregon, Oregon State, Oklahoma, Oklahoma State, Washington, Washington State, Miami, Nebraska, and Utah.

Tomorrow, Wednesday, is the first day of the MBB early signing period, and student-athletes from all over the country will be having their ceremonies with family, coaches, and fellow students.

It's expected that Josh Phillips will sign with the Pilots tomorrow, and that will be it for 2018....but will it?

I can't imagine TP and the staff turning down any talented player with the right "fit" simply to save the cost of Franklin's scholarship.

Fax machines not being what they used to be, we may not hear anything for a few days...

DoubleDipper wrote:It's expected that Josh Phillips will sign with the Pilots tomorrow, and that will be it for 2018....but will it?

The LA Times is reporting Josh signed with UP early this morning during a signing ceremony with 2 other D1 bound athletes at Edison High School in Huntington Beach.

No word of any other MBB signees coming to UP..... 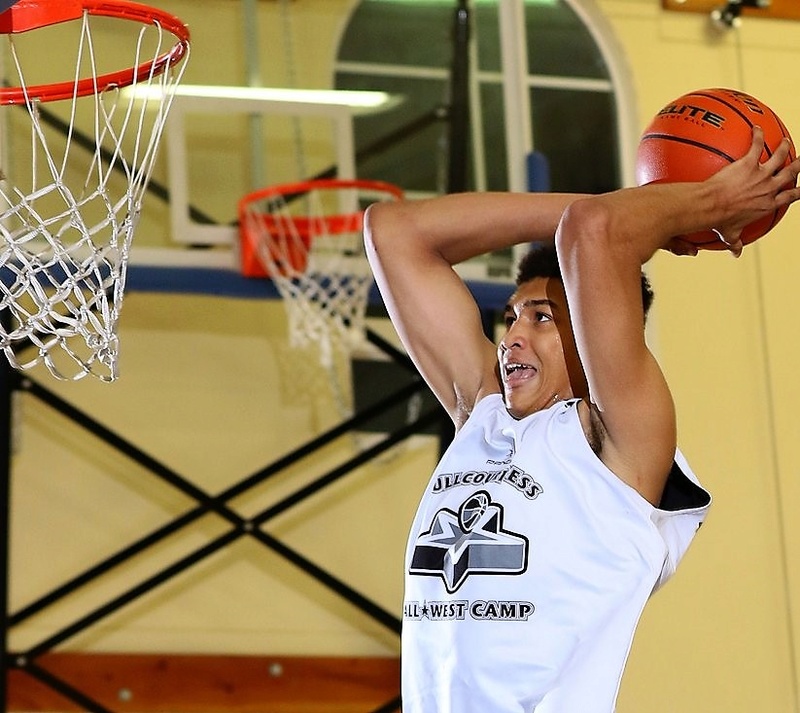 PORTLAND, Ore. – University of Portland men's basketball has signed big man Josh Phillips (Huntington Beach, Calif./Edison HS) to a National Letter of Intent on the first day of the early signing period, head coach Terry Porter announced on Wednesday. Phillips (6-8, 190) will join the Pilots as a freshman in the fall of 2018.

Porter and the Portland coaching staff, coming off of recruiting a highly decorated 2017 class, targeted a 2018 post this summer and Phillips caught the staff's attention immediately.

"Josh impressed us with his ability to make multiple effort plays consistently as we evaluated him in the recruiting process," Porter said. "He has good size, length and athleticism, a great motor, and the tremendous desire to defend and rebound. His shot blocking ability will translate right away and he is always doing the little things that helps winning programs. He will bring a unique skillset to our frontline next year."

"Josh has been well-coached throughout his career," Porter added. "Rich Boyce at Edison High School has done a nice job with the program and preparing Josh for this next opportunity. Josh has also been with a very good AAU program in Belmont Shore, playing with and against some of the top talent in the nation."

"I'm very excited for Josh," Boyce said. "Terry and his staff were wonderful throughout the recruiting process. They listened, addressed any and all concerns, and were fantastic. University of Portland is a perfect fit for Josh. I think UP got a steal."

Porter and the Pilots will tip-off the 2017-18 regular season this Saturday at the Chiles Center against Portland State. Tip-off is scheduled for 7 p.m. and tickets are still available by visiting PortlandPilots.com/Tickets or calling the Pilot Box Office at (503) 943-GOUP. Season tickets start at $126.