Best wishes to all Pilot Nation members, guests and lurkers for a wonderful holiday, hopefully surrounded by friends, family, warmth and fun!

Merry Christmas to all the Administrators! Thanks for all you do.

Looking at who's Online,

http://media.up.edu/Marketing/Christmas2011/html5/christmas2011.htm
To everyone, including Comrade Putin, Merry Christmas from the University of Portland - 2011

Vladimer is a little busy right now, but thanks for the well wishes!

For those of you giving a tablet to your parents or grandparents this Christmas you may want to consider giving them a few instructions before just turning them loose with their new gift.

I’ve seen Geezer carrying around his I-Pad Maxi, but apparently not all of the “older folks” have such a great understanding of how it should be used:

Scenario: A Daughter is visiting her father’s home and helping him prepare dinner.
She asks: Tell me dad, how are you managing with the new I-Pad we gave you?

They may be talking in German...but no subtitles are needed:

Ditto on the MerryChristmas from my new iPad Mini!

Since the bball team and coaches already gave us Christmas gift wins from Las Vegas, I'll wish all of you PilotNation folks a Merry Christmas!. And for DoubleDipper, a gift picture of Santa's helpers. 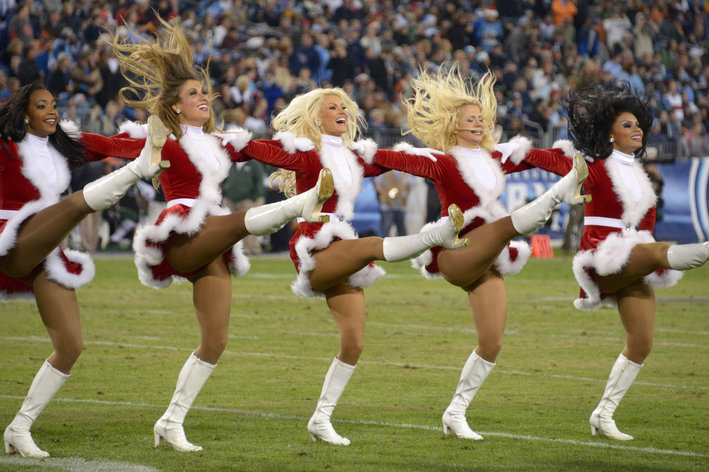 And as a way of wishing everyone on PN a Merry Christmas, I share my Christmas fantasy while dressed as a bear: 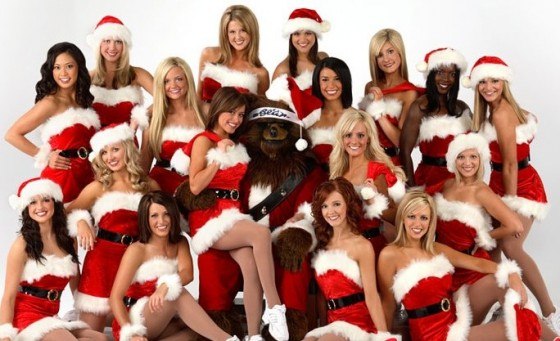 Me thinks you two might have a visit from Krampus in the near future....

Having spent almost the entire month of December in Austria back in the 80’s, I well remember the number of Krampus parties we attended with each Krampus attempting to look more scary than the others.

However, it is my recollection that Krampus only bothered those who were naughty…..Those that are nice are only surrounded by others that are nice…..and those lovely ladies appear VERY nice, indeed!

For those of y'all that are somewhere "near" my age (think President Coolidge) I will share the kind of humor I grew up with. It really explains a lot.
THE NIGHT BEFORE CHRISTMAS
‘Twas the night before Christmas, and all through the pad,
Not a hipster was swinging, not even old Dad;
The chimney was hung in the stocking routine,
In hopes that “The Fat Man” would soon make the scene;
The moon and the snow were, like, faking together,
Which made the scene rock in the Day People weather,
When, what to these peepers should come on real queer,
But a real crazy sleigh, and eight swinging reindeer,
As sidemen in combos pick up as they stomp,
When they swing with the beat of a Dixieland romp,
So up to the top of my bandstand they flew,
With the sleigh full of loot, and St. Nicholas, too.
His lids-Man, they sizzled! His dimples were smiles!
His cheeks were like “Dizzy’s,” his break was like “Miles!”
His puckered-up mouth was, like, blowing flat E,
And his chin hid behind a real crazy goatee!
He blew not a sound, but skipped right to his gig,
And stashed all the stockings, then came on real big,
And flashing a sign, like that old “Schnozzle” bit,
And playing it hip, up the chimney he split;
And then, in a quick riff, I dug on the roof,
The jumpin’ and jivin’ of each swinging hoof.
As I pulled in my noggin, and turned around fast,
Down the chimney came Nick like a hot trumpet blast.
The tip of a butt he had snagged in his choppers,
And he took a few drags just like all cool be-boppers;
He had a weird face, and a solid reet middle
That bounced when he cracked, like a gutbucket fiddle!
He was wrapped up to kill, Man, a real kookie dresser!
And his rags were, like, way out! Pops! He was a gasser!
A sack full of goodies hung down to his tail,
And he looked like a postman with “Basie’s” fan mail.
He was shaking with meat, meaning he was no square,
And I flipped, ‘cause I’d always thought he was “longhair!”
But the glint in his eye and the beat in his touch
Soon gave me the message this cat was “too much!”
He flew to his skids, to his group blew a lick,
And they cut out real cool, on a wild frenzied kick.
But I heard him sound off, with a razz-a-ma-tazz:
“A cool Christmas to all, and, like all of that jazz!”

purple passion wrote:But I heard him sound off, with a razz-a-ma-tazz:
“A cool Christmas to all, and, like all of that jazz!” 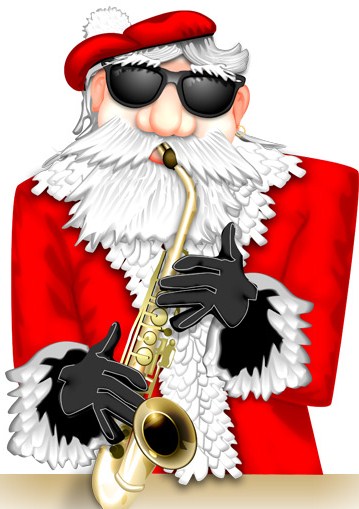 Thanks, and Merry Christmas, everyone!