Anyone else watch the USA Men vs Brazil friendly this afternoon? Pearce and Cherundolo started. They did pretty well.

But on one play Steve and another defender had "trapped" Robinho in the corner...or so everyone thought?! Robinho put a SWEET move on Steve to get out of the trap. Made them look pretty bad as he left them standing there wondering...what the hell? Highlight reel move for sure! Look for it on ESPN. Maybe they'll show it??

Brazil's first goal was magic...even though the end result was an own goal by the USA!! Brazil started it with a BEAUTIFUL END TO END RUN!!! It was LIGHTNING QUICK....and full of ONE TOUCHES !! They can take your breath away!! They made it look so easy...EFFORTLESS ball movement!!!!

I wouldn't say the USA was schooled today. But the Brazilians displayed a lot of the creativity that makes them infamously dangerous!! Each member of the team is an artist with the ball! There were lots of inspiring runs....passes...dribbling!! Just superb ball control! They left me awestruck...and that's saying a lot considering the fantastic play I've seen at Merlo!

Kaka and Ronaldinho? Golly!!!? What can I say?? Fantastic players. They definitely lived up to their billing! They're exciting to watch!! It would be awesome to see them in play more games in the US. Its too bad that Europe is their primary playground. Those folks in Chicago got their money's worth....that's for sure...much more than what the LA Galaxy paid to bring in Beckham.

I was at the game!! It was awesome..midfield seats about 10 rows up.
Both Heath and Steve played well, But hey ot was Brasil, they had moments of pure billiance. Talked to Heath after the game (Heath had a GREAT shot in the second half the reboud off the keeper should have resulted in a PK!)Got his NT game jersey.
All in all our guys hung with the worlds best admirably.
Have some great pics of Heath marking both Kaka and Ronadinho. Can I post them on here?
Anyway...great game..good fun!

First of all, yes, that robinho move was amazing, but he voided all that respected he gained from me by clearly diving and then trying to sell it by rolling around and faking an injury for like ten minutes.

And I would disagree that the US got schooled. The ref calls that take down of wolff in the box, he doesn't call that weak foul that resulted in the Ronaldinho free kick goal and Bradley doesn't pull that idiotic take down in the box and you've got the US and Brazil tied, possibly US winning. Is Brazil clearly a better, more beautiful team to watch? Defiantly, but the US held its own yesterday.

As for Churundolo and Pearce, it was a good day for UP. Pearce had that blistering shot in the second half that set up the no call on wolff and Churundolo feed Dempsey for the second goal. It was fun to watch.
Also, I wonder what the break down of colleges was on the field for the US. I would imagine there'd be a lot of UCLA. I know i could look for myself but its monday and I'm not feeling up to it.

Footyfan... that's AWESOME that you were at the game!!! Nice to hear that Heath is getting some PT and doing well.

Then you have to go through a bit of a process in logging into a photo-sharing system (it automatically directs you), but once that's done you can insert the images pretty easily.

Yo Puck..I agreed with you!!

If you re-read my statement..I wrote..."I wouldn't say the USA was schooled today!" I thought the US National Team had a good showing and held their own quite well!! Ditto on your observations with how the refs handled the game. Could've been better.

Robinho? These guys are sooo talented...you have to wonder why they have to resort to that nonsense?? I realize he was trying to draw a PK but..I sure hope FIFA finds a why to stop all the acting! The Italians made the flop an art form during the last World Cup!

Sorry if I didn't convey how proud I was of Steve and Pearce clearly enough! Obviously...they and many of the other guys bring a great benefit to the National Team with their European/International experience. I especially like Tim Howard. Missed Kasey this game...but Tim was steadfast as our keeper too!

Hey Footy...post those pics if you can! I'm sure everyone on this board would love to see them! Getting Heath's NT jersey was also a special momento to have. I envy that!

OK..I joined the site that is supposed to allow me to upload pics on Pilotnation..I have them uploaded on that site...but see NO way to tranfer over to pilot nation. Anyone have any idea where to go after uploading to the supporting site?

P.S. I'm Blanco at home Footyfan at work..just in case there is confusion 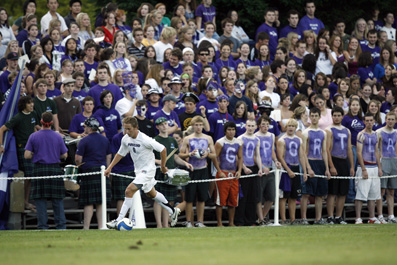 Footyfan... if you log into that site and upload an image, copy all the script under BBcode (Image, not Thumbnail).

Then paste it into a reply, and it should show up no problem.

EDIT: One other thing... you don't have to re-upload an image that you already did... once you log-in you can click the "My Images" button on the left side and it will take you to the photos you already uploaded. 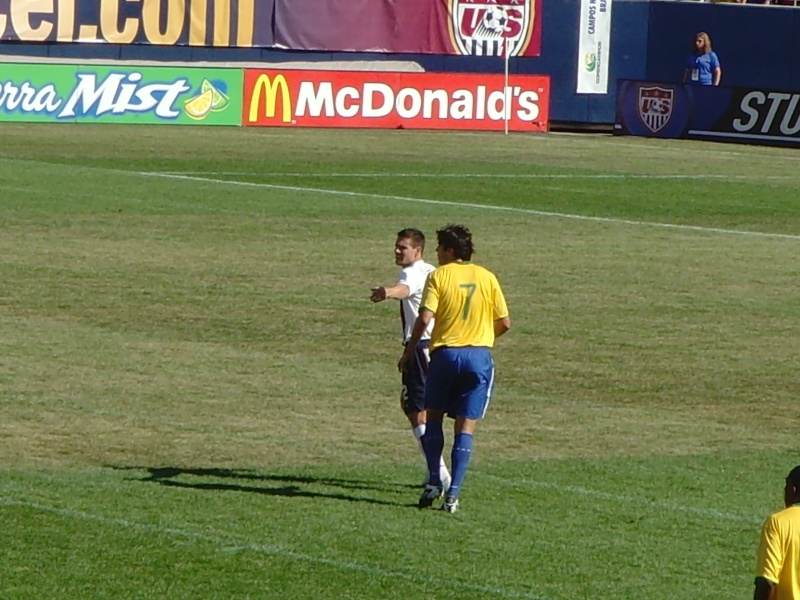 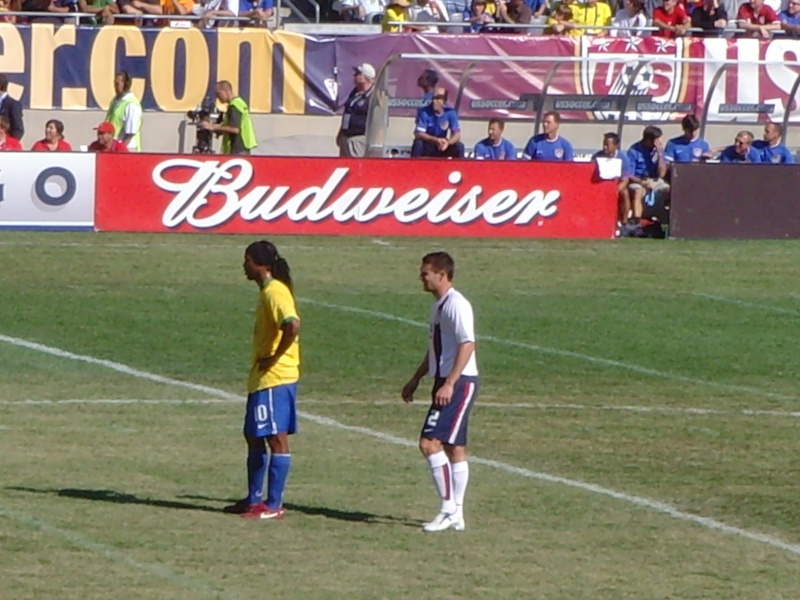 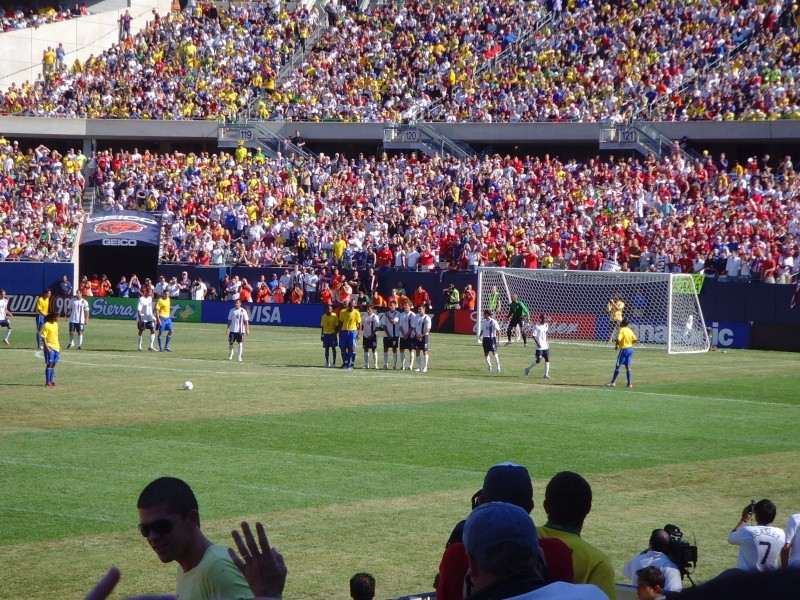 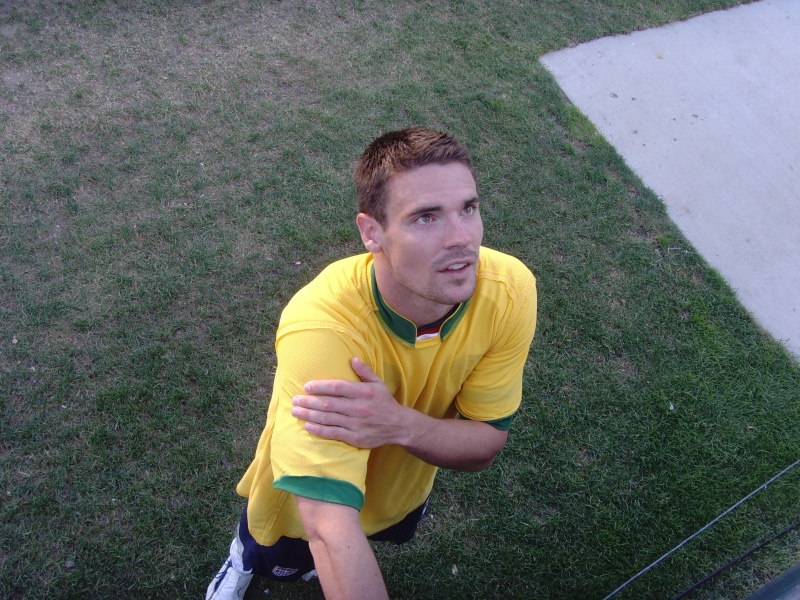 #4 Heath after the game with Lucio's jersey

2nd that!! Those were sweet pics Blanco! Thanks so much for sharing them!

In case you haven't seen the youtube recap, there's nice coverage of Stevie's assist at:
http://uk.youtube.com/watch?v=hzcwYYtbkow

The whole sequence is over 9 minutes, and Steve's part is about 6 seconds, but it's still worth it.

Footyfan, great pics. I was out of the country and didn't see the game. Good luck to your kid, he was a lot of fun to watch the last few years.