You know it's a huge win for the program when it drags PilotNut out of hiding!

ejjqb wrote:Time to redo that coach of the year vote!

Well, after it was proven the POY award voting is suspect, tomorrow Coach Meek goes up against the COY, Cindy Fisher, when UP plays #2 USD in the final.

There was a time we almost took playing in the WCC Final for granted (mid-90's), but this will be UP's first appearance since 1997.

This is also the first time the Pilots have had a 20-win season since 1997, and it was the Pilots first win over GU since 2009.

Portland shot 49 percent against the nation's second best defense, and the 70 points are tied for the most points GU (28-3) has allowed during regulation this season.

Damn, we need to refocus, the win over GU means another day's delay before Scott will get back to Portland for his meeting with Coach Porter...

As most know by now, Haylee celebrated her 20th birthday by leading her team to victory over #11 Gonzaga. 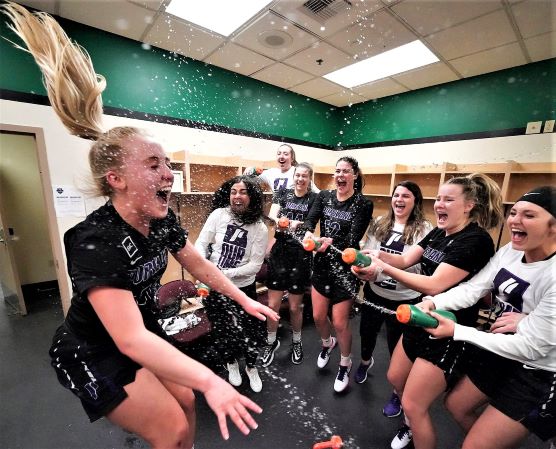 It is Tuesday in Las Vegas, and game day for the Pilots. Never said that before.

up7587 wrote:It is Tuesday in Las Vegas, and game day for the Pilots.  Never said that before.

Also the Pilots will be shown live here in Canada on national TV, not sure that's been said before either.

TSN2 if you're up in the North.

Pilots down 1 after one quarter, with double digit turnovers. Good thing USD is not hitting their shots.


Avenged six of the seven conference defeats. What a clutch stretch of games.

In the final, the ladies committed 24 turnovers, allowed 13 USD offensive rebounds, made only 1 of 5 three point attempts, shot "only" 79% on free throws, and missed two or three layups late in the game. And still found a way to win. They were 47% on their two point shot attempts, forced USD in 21 turnovers of their own, and made the critical baskets at the end.

So many of their turnovers were due to trying to pass over taller, more athletic defenders. I am sure they will work on cleaning that up in the next week, as they will face more of the same in the tournament.

Looks like Fowler walked into the presser with the mvp ball.

"Hello everyone. How's it going?"

We need someone to report if Alex Fowler carries her trophy all around campus for a few days.

I can confirm that Haylee is a trip and a half to be around.

Always laughing, always joking, always in your face...she rightly looked to Kate Andersen as the leader of the team, but next season she'll be handed the baton.

That interview is fantastic... the trophy, the net... and the very end might be the best part!

Good thing the WCC Tournament ended today as Michael Meek will be able to watch his daughter, McKelle Meek, lead her #9 Southridge HS team against #1 Beaverton at 1:30 tomorrow (Wednesday) in the Chiles Center in the OSAA 6A Tournament.

McKelle, a 5-7 point guard, is the Metro League POY and was recently named the Oregon Gatorade POY. 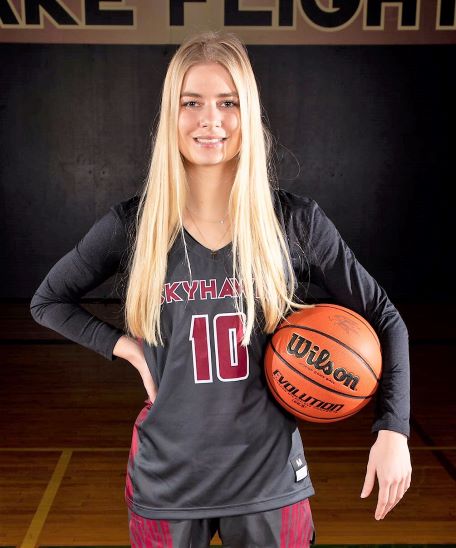 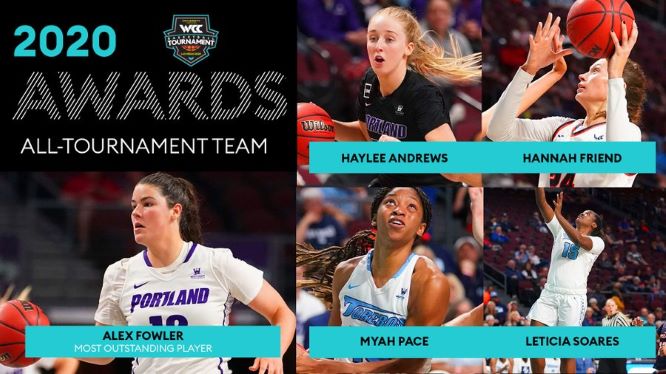 Interesting and encouraging there are zero GU women are on the WCC All-Tournament Team.

Friend, PU's transfer from Sac St. graduates, as does Soares from USD.  All the upper tier teams come back pretty loaded next year, and Pace, a first-team All-WCC selection, is USD's leading scorer.

DoubleDipper wrote:Good thing the WCC Tournament ended today as Michael Meek will be able to watch his daughter, McKelle Meek, lead her #9 Southridge HS team against #1 Beaverton at 1:30 tomorrow (Wednesday) in the Chiles Center in the OSAA 6A Tournament.

McKelle, a 5-7 point guard, is the Metro League POY and was recently named the Oregon Gatorade POY.

Sadly, Coach Meek only gets to see one game.
https://www.oregonlive.com/sports/j66j-2020/03/3f926875115227/it-wasnt-pretty-but-topseeded-beaverton-fights-off-rival-southridge-in-6a-girls-quarterfinal-moves-step-closer-to-first-state-title.html

Edit: turns out there are consolation games. If they allow fans to watch. And don't cancel them.

With the cancellation of all remaining conference tournaments and the tournament today, the chances of playing an extra game in the big dance seem very slim (or being optimistic, delayed) is over. How grateful (and lucky?) that the tournament was early enough so that the Pilots could make that magical run and be able to hoist the championship trophy, instead of the conference just giving the auto-bid to the Zags.