The Multnomah University Lions of NE Portland visit Chiles Center on Tuesday in the regular season opener for the Pilots. MU is a member of the Cascade Collegiate Conference in the NAIA ranks.

In their three non-conference games this season Multnomah is averaging 133 points per game, and I don’t care who the opponent is, that’s exciting race-horse basketball like we haven’t seen since Hank Gathers brought LMU to the Chiles Center.

Not included in those numbers is Multnomah’s game against PSU which they lost 118-89, while throwing up 59 3-point attempts, and hitting 21 for 35%

Just last Saturday, Westmont put up 35 mostly uncontested 3s against the Pilots, and they hit 14 for 40%.

UP can be vulnerable, but I think the backcourt is deep enough it can press, or at least pick-up the defensive transition early and stop the ball before the good long shot is taken, while the tall and athletic frontcourt can be counted on to grab rebounds and swats shots if Multnomah passes the ball over the backcourt or breaks for the basket.  I wouldn’t mind seeing the entertainment of both teams just “running-and-gunning,” but if the Pilots are preparing for tougher opponents, they’d better work on stopping the ball early in transition and contest every shot.

DoubleDipper wrote:I wouldn’t mind seeing the entertainment of both teams just “running-and-gunning,” but if the Pilots are preparing for tougher opponents, they’d better work on stopping the ball early in transition and contest every shot.

I sure hope the Pilots don't fall into that trap. They are hitting 44% of their 3P shots in the first two exhibitions, but I don't think that's the game they need to work on.

It’s obvious that all the Lions starters are very good shooters as four of the Lions starting five scored in double-figures against PSU, but clearly the man to watch is #25.  He put up 31 points against the Vikings on the road while committing just 3 turnovers and contributing 8 assists.

The 5-9 gym-rat is averaging just under 30 ppg on the season and is shooting 57% from the field and 72% from the line.  With UP’s best lock-down defender hurt (Crisshawn), it will be interesting to see what the strategy will be to stop #25 and the rest of the Lions.  I suspect it won’t be just one man guarding #25, but a team effort.

The Pilots can’t take these guys for granted, and I don't think they will...

Not sure why UP Athletics is not publicizing the game tonight, but as today is National Nachos Day, I'm told the price of nachos will be "discounted" at the game.

I think most fans will recall UP's romp over SMC quite a few years ago on "Not Yo Night"....it was great fun., but I doubt tonight will have the same atmosphere... 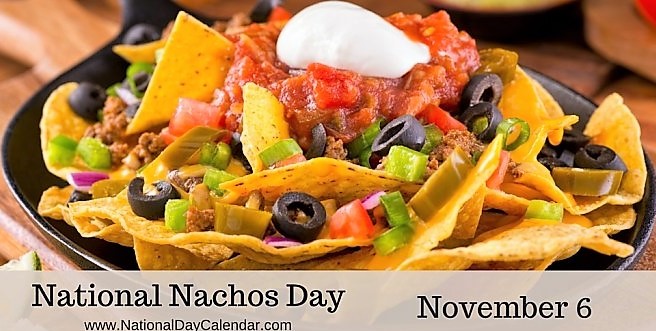 We cut it to 2 by half, so I don't think we've hit rock bottom (yet). I'm guessing that's the first time ever (or in a very long time in recent memory) where we're losing to a NAIA team at the half, though.

I mean, aside from letting Martin get hot, I don't think we've looked too terrible (or maybe I just haven't watched any basketball since March Madness). Multnomah just appears to have out-offense'd us more with the 3s.

Glad the Pilots survived this circus. Bring on Hawaii.

Other random thoughts:
- Loved seeing Theo and his big moves.
- Diabete, Hugh, and Taki looked okay in their minutes. Part of me kinda wishes they were better offense/defense-wise, but given this wacky game I can probably give them a pass for now.

The run-and-gun Lions entered the contest averaging 133 points per game and 26 three-pointers made per game, along with a 3-0 regular season record against NAIA opponents. They drilled 22-of-50 three-pointers and were led by 39 points from Justin Martin, while Ben Grandle added 34 points. Both players knocked down eight three-pointers.

The Pilots (1-0) shot 56 percent from the field, but struggled to 5-of-20 shooting from three-point range. Portland used its size to gain a 48-32 rebounding advantage and 74-28 scoring margin in the paint.

Portland raced out to a 9-0 lead to start the game in the first two minutes and appeared to be on the way to a rout, but Multnomah caught fire and drilled four consecutive three points to take a 42-33 lead and force a timeout.

The Lions drilled 11 first half triples to maintain the lead, but Portland closed the half on a 12-3 run capped by a Shaver Jr. three-point play to make it a 56-54 deficit at the break.

The second half featured 15 ties and five lead changes as Multnomah continued to hit long, contested three-pointers until the finish. A Grandle layup gave the Lions a 92-89 lead with 5:45 remaining, but McSwiggan and Malcolm Porter answered with consecutive layups to re-take the lead. McSwiggan scored twice more at the rim to push the lead to 100-92 with 2:13 left, but Martin buried a deep three on the ensuing possession.

Shaver Jr. and Martin exchanged threes on the next two possessions and then Shaver added a pair of free throws to make it 107-103 with 37 seconds on the clock. Brett Blackstock hit another tough three-pointer, but McSwiggan calmly hit two more at the free throw line to ice the game.

The Pilots will now prepare for the Rainbow Classic hosted by Hawaii this weekend. Portland will face the host Warriors on Friday at 10 p.m. (PT) and then take on the 2018 CBI Champions from North Texas on Saturday at 7:30 p.m. (PT).

Great defense we held them to 30 points under their average.

The Ugly:
- Theo beaten badly on some backdoor cuts.
- some ole' defense in the paint by Josh
- the attendance; officially 1,263, many were dressed as empty seats.

I noticed that Tryon was in street clothes last night. On the post-game interview (thanks for posting, SoundVoltex) Swygard said that he had a foot injury. Any info on how severe, and when we might expect him to return to the lineup?

The other interesting point from the Cantu interview was his frustration that Diabate isn't getting more minutes. He only played four minutes in the season opener. I never would have believed that at the close of last season.

Akwuba looked darn good on offense, though I take that with a grain of salt given his overwhelming size advantage. But still, it was a great first game for a true freshman. Congrats also to Hogland and Fahrensohn on their first points as college players.

A weird observation from Multnomah's boxscore... Briggs Young started and played all 40 minutes. 12 assists and 0 points. Out of Multnomah's 76 field goal attempts, Young accounted for only 1. A true pass-first (pass-only?) point guard.

NoPoNeighbor wrote:I noticed that Tryon was in street clothes last night. On the post-game interview (thanks for posting, SoundVoltex) Swygard said that he had a foot injury. Any info on how severe, and when we might expect him to return to the lineup?

I was told he has plantar fasciitis. It can take time to heal, and rest is the usual treatment, but maybe he can play through it.