He was the first to run a sub4 mile in 1954 at a time when it was deemed beyond human ability.

And he went on to become a neurologist and researcher at Pemroke college at Oxford.

One of the fellows who paced him was Christopher Brasher, who became an accomplished mountaineer.

About 1100 people have hit that mark, about 1/4 the number who have climbed Everest.

As a charter subscriber to Sports Illustrated, I still remember when the 4-minute "barrier" was broken and Dr. Bannister was selected the SI Sportsman of the Year at the conclusion of 1954....the first time I remember seeing a color photograph of the man. 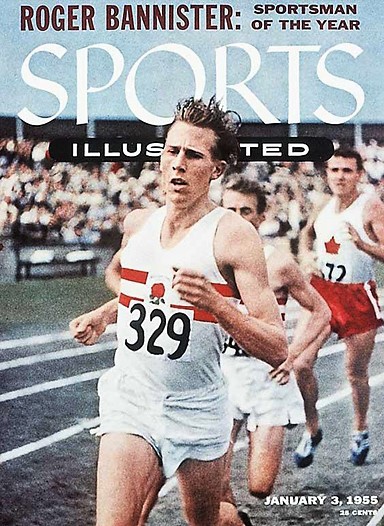