Thought it would be worthwhile to start a thread to cover the comings and goings of the Men's Basketball Alumni as we hear of what the guys are up to after they graduate from UP.

First on the list is the most recent UP grad to play professionally, Bryce Pressley.  Bryce just signed with Pasta Reggia Juvecaserta in Italy's top division. From what I've been told, the people of Casserta, which is just north of Naples, get very wild and crazy in support of their team....

I'm told Riley Barker has left the Czech Republic and is now playing in Hungary's top division for JP-Auto Jaszbereny KSE, and Nem Mitrovic has departed France and is now in the Spanish Gold League playing for Ourense Termal in the northwest of the country.

Nik Raivio, who has moved a number of times looking for the right fit, has apparently found it for now as he is starting his second season with Legnano, in Castellanza, Italy....at the base of the Italian Alps in northern Italy.

As reported in anther thread, Voldy Gerun is still in Spain's Gold Division, but now he's signed with C.B. Clavijo in the northern city of Logrono.

When I spoke with Bobby Sharp a couple of months ago he indicated he'd be assisting Colin Pfaff at Windward School in Los Angeles.

And finally, in a bit of surprise move, Thomas van der Mars has left Greece and has signed with AVIS Rapla in Estonia! From what I can tell, the entire roster of Thomas' new team from last year has left, and Thomas is one of only three players currently on the roster for this year.  Hopefully the situation is not that bad, and instead news from Estonia just travels slowly.

Anyone else have any hoops alumni news?

pilotdad1 in another thread wrote:  Just wanted to let the PN faithful know that on Tuesday, Ryan will be heading to Germany to begin his third pro season. He will be living in Trier playing for the Gladiator Trier in the Pro A league.

After living in Palma last year it would be logical to think that anywhere else is a distant second but Ryan is very excited to experience one of Germany's oldest cities.

And I heard just today that Jasonn Hannibal has apparently ended his professional basketball career after competing in the Iranian Basketball League last year while playing for Chemidor Tehran.

Jasson is now back in Mississauga, Ontario, Canada putting his UP degree to good use while working in marketing and advertising..... 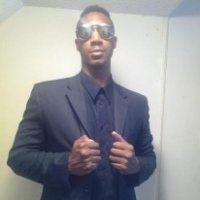 Heh. Funny (and timely) story about Jasonn. Most of you know I play in UP's Orchestra occasionally (in addition to being the guy with the cowbell in the Pep Band), and that Jasonn was a string bass player during his time on the Bluff. The Orchestra is playing an all-Copeland concert next Saturday, including "Hoe Down" from Rodeo. We played this a few years ago, while Jasonn was in the group. Last rehearsal before the concert, Dr. Kleszynski asked the group, "Last chance...any sections you want to run one last time?" Jasonn spoke up to ask if we could run that one section everybody knows (the music from the "Beef. It's what's for dinner." commercials from the 90's). So we run that section. I look up, and realize that just like me, Jasonn has rests and isn't playing at all. He and I just started laughing; took the entire 30 seconds or so before Dr. K realized what happened. Probably because he looked up after we finished and asked Jasonn, "All set now?" and saw him cracking up instead.

Hey, remember some of the players from the 90's?  Remember Eric and Daniel Sandrin and how everyone used to yell, "Free the Koreans" because they usually got in more trouble than they got game time?

Well, Eric is now Lee Seung-jun, and Daniel is Lee Dong-jun.  Here are their profiles on Wikipedia, from which you can tell they are not only still active professional basketball players, but the instigators of a number of on-court skirmishes.  Some things just never change....

Here's a quick article about Lee Seung-jun's (Eric) recent signing and a couple of pictures.....

Hmm, you'd think I'd remember those guys, especially Daniel, given this stat from his Wiki entry:

Lee began his basketball career playing for the University of Portland in the 1998–1999 season, appearing in eight games and scoring an average of 106.5 points.

Looks like Bryce Pressley will finally get his professional career going after signing with CB Clavijo of the Spanish Gold League.

Bryce had been in Italy with JuveCaserta, I believe, but never played for them.

At CB Clavijo Bryce will be joining his one time teammate at UP, Voldy Gerun....and they are going to need his help, as the team is currently tied for 16th place in the 18 team league with a record of 3-10

Not direct alumni news but tomorrow morning I will be making my first ever trip to Europe to spend a couple weeks with Ryan in Germany.
I will get to see two home games while there and the rest of the time will be spent travelling to Belgium, France and Luxembourg.

I've fallen way behind in keeping track of our Pilot ballers, but I did have a conversation with Alec Wintering three weeks ago about his future.

At the time we spoke he was considering playing in the NBA G League or heading overseas.  My question was, "would you rather make more money, get more professional and public exposure, and travel to new lands, or end up in the G League while doing a lot of traveling, playing for little money and going against guys who really don't want to be there?"

Last night he wrote that he's going to Spain!!

I know nothing about his new team except that it's in the LEB ORO (Gold), is called Araberri Basket Club, and is located in the Basque Country of Spain.  I did see a post that this club has folded a couple of times in the recent past and is now beginning anew....so it sounds as if Alec could be the new team leader.

Huh, G League instead of D-League? A quick search says G is due to a marketing tie-in with Gatorade. I suppose they'll be the Z League when Zappos becomes the sponsor.

The press release on the UP website for the PK80 includes, at the very bottom, a list of 11 Pilots who are currently playing pro basketball:

I hadn't heard before that Ray Barreno is playing professionally in Mexico. Good for him!

Alec Wintering and Nemanja Mitrovic are on the same team in Spain. Small world! I looked up the team on the Eurobasket website (HERE) and noticed that former USD sharpshooter Johnny Dee is also on the team.

Bryce Pressley and Voldy are also in Spain, but no longer on the same team.

Looks like Riley Barker is no longer playing professionally.

"I am very excited to return to Spain and join a great club! Go Betis! #betis #seville #andalusia"

He will play for Real Betis Baloncesto in Seville, Spain. Found via @PortlandMBB twitter.

The school announced nine names for the UP Hall of Fame.  They include Jack Avina, head coach for 17 years from 1970 to 1987, and Canaan Chatman, who played two years from 1993 to 1995, was team MVP both years as well as making 1st team All-WCC both years.

Boston Celtic assistant coach Ben Sullivan, 2007, and his wife Bailey were on campus this week.

Just looking around and getting acquainted with the team...

Jasonn Hannibal got a bad cramp in the gym yesterday and almost passed out.

(Is the offseason over yet?)

If Jasonn actually had a cramp, it would have been a BIG one!!

In all seriousness, GREAT to see the legendary Bill Reed among the inductees to the HOF. A wonderful person who went above and beyond to make sure I got a meal plan way back in the day when I was at UP. I am forever thankful to him for that.

That's what comes with getting old...I am told.

Jeff Heller is a Pilot player alum from the 70s. Here is an update on the Heller's amazing work honoring their son David, who died too young.

Brant Minor was a walk-on player around 2003.  He currently works at Pacific University in Forest Grove, OR.

That's what comes with getting old...I am told.

It’s not age.
The main cause is working out. I don’t get cramps anymore.

@abathrowbacks wrote:Sad news from the ABA fraternity today - Cincy Powell passed away at the age of 80.

Born as Cincinnatus in Louisiana in 1942, Cincy played eight seasons in the ABA with four teams. He was inducted into the Univ of Portland Hall of Fame and was the first cousin of Colin Powell.

@abathrowbacks wrote:Sad news from the ABA fraternity today - Cincy Powell passed away at the age of 80.

I was really saddened when I learned of Cincy's passing.  Yes, he was a fine basketball player, but he was an even a better human being.

Cincy graduated from UP in 1965, and although drafted by the St. Louis Hawks of the NBA, he was a two-time All-Star in the ABA, playing for the Dallas Chaparrals, Kentucky Colonels, Utah Stars, and Virginia Squires.

Cincy and I stayed in touch regularly over the last 20 years and I was fortunate to visit he and his wife, Faye, in Dallas on a couple of occasions.  Originally from Baton Rouge, he will be buried in Dallas on January 20th. 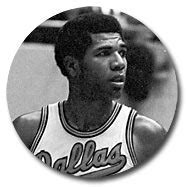