Are you going to tell is you don't root for San Lorenzo?

Well,  be careful if you go to a game. It's in a pretty sketchy Villa Miseria ( what it sounds like) called  bajo Flores and not in Almagro. Mrs geez and I went there last time we were down there and our guide told us things like ' no pictures of locals they are often drug dealers' .

The next morning the news was full of accounts of 7 murders that night between Argentine and Paraguayan gangs right outside the stadium.
The Pope stopped going to games when he was archbishop of Buenos Aires - too dangerous.

The original stadium was in middle class Boedo, and fans are still mostly from there. The Boedo stadium was taken from the leftist leaning club by the juntas and used as an internment camp where people 'disappeared'. Then the land was sold to the Carefour chain ( French Fred Meyers).

I have a San Lorenzo t-shirt that says Boedo on it.

I would think it is. 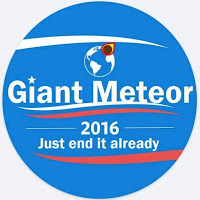 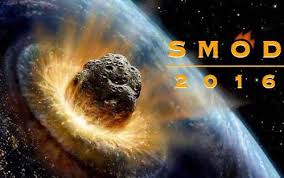 Well, it doesn't look like we are getting the Giant Meteor.

I work across the street from Multnomah County Elections and so far, things are pretty calm. If you have a problem with our ballot, I'd recommend you get over here now because by tonight the line might be wrapped around the block.

I think you might have some Americans moving to your neighborhood.

Lots of money to be made in the wall building industry.

Geezaldinho wrote:Lots of money to be made in the wall building industry.

Canada will make us pay for it.

It's going to have to be really tall, since about half of  people fly across the borders.

According to My Buhdist friend, when a body dies the spirit bounces for nine months and then decides on a new body.

up7587 wrote:Good thing I believe Hitler's spirit (i.e. soul) is in Gehenna for eternal damnation.

12 months, and you get the Sabbath off.