The matchup Friday between the Pilots and Beavers could be one of the better games to watch this preseason, but if it comes down to turnovers and wild shots, it could be a game to forget.

UP's biggest challenge will be to stop OSU's scoring....the Beavers have averaged 90 points per game in their three wins, while the Pilots average 72 points on offense while giving up 71 points per game in their 6 games.  OSU will be the third Pac-12 school UP will play in the preseason....four weeks ago UP lost to UO 113-86 in Eugene, but three days later they bombed UW 91-77 in Seattle.

If there were Las Vegas odd on this game I'm guessing they would favor the Beavers by 5 points and the o/u would be 155....

Just a few years ago this game would have created considerable interest from UP fans…..I’m afraid this year’s game could attract more Beaver buffs who’ll take away the home court advantage.

Come on Villans, support another UP women’s team!  Dam the Beavers!

How can anyone not want to come out on Friday and support these ladies against OSU!! 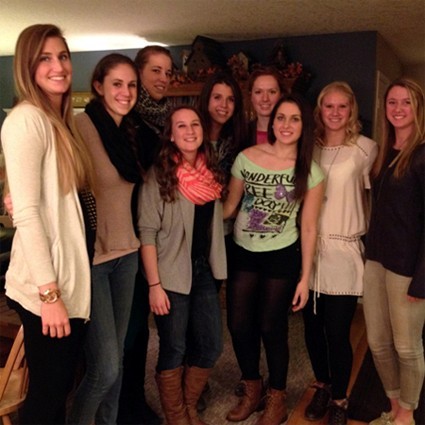 The weather is conspiring to make it difficult to get to the game. Any word on possible re-scheduling?

A_Fan wrote:The weather is conspiring to make it difficult to get to the game.  Any word on possible re-scheduling?

Hmm, well, I've drove from Lake Merwin to UP this morning while it was snowing, and it was NOT a problem. And now, having just arrived in Vancouver, USA, the traffic is light and roads are clear, for the most part.

If there is a driving problem, it may be for the OSU team coming up from Corvallis....but I've never known Beavers to be bothered by a little snow.

A_Fan wrote:The weather is conspiring to make it difficult to get to the game.  Any word on possible re-scheduling?

The game is ON for tonight, as scheduled....

Although the Pilots lost 79-73, I thought the team played well, for the most part.

Based upon the Beavers' past offensive performances, I was concerned they could have a breakout performance....and they did, scoring 57 points in the second half.

But the difference between winning and losing probably hinged on the size and rebounding ability of OSU.  Oh, and a few very timely OSU 3-pointers in the closing minutes after UP had retaken the lead kind of took the steam out of UP's comeback attempt….

I left the yelling at the refs to others this evening, but I did have a nice chat with the referee’s evaluator after the game.  Business as usual, horrible!

The Pilots played very well against a taller in-state opponent. They used their quickness to their advantage and forced the Beavs in twice as many turnovers as the Pilots had themselves. The first 10 minutes of the second half were really the turning point. The Beavs came out fired up and I believe erased the entire 10 point halftime lead before the Pilots scored. The Beavs opened up a lead but the Pilots continued to play and kept the game close until the last minute when the Beavers finally made a few free throws to put the game away. Despite the loss it was a fun game to watch.