DoubleDipper wrote:Coach Porter has gone back to his original hometown to test his recruiting prowess against the Big 5 schools we so often hear about.....

Could get interesting....Coach Reveno is also recruiting him to Georgia Tech.

Well, that didn't take long (two weeks).  Today Lewis trimmed his list from 19 schools to 4....neither UP nor Georgia Tech made the cut.

So apparently we're bringing in a prep point guard as part of the 2016 recruiting class. That must mean that Kendall Small is not considering UP.

Implications for 2017 recruiting? These are our anticipated '17-'18 scholarships:

We have 2 or 3 scholarships to fill for the 2017 recruiting class. Of the players listed above, the roster consists of:

UP will/should have three scholarships to offer for the 2017-18 season as it is expected that Franklin Porter will continue as a walk-on while at UP.

In the eyes of many coaches, a college team should ideally have 3 point guards, 5 wings, and 5 post players on scholarship....the point guards being the most important, and the post players probably being of lesser importance, especially in the WCC style of play.

However, IMO the staff should go after the best available players that are also the best fit for the team's style of play....1 top notch point guard, 1 very athletic wing who can also play tough as a power forward (post), and 1 big guy.....probably a transfer or JUCO guy.

What do the rest of you think?

This probably doesn't help SouthCarolinaPilot's chances of seeing a Pilots game for awhile, but there is an unconfirmed report that UP is recruiting Malik Dunbar, a SF (6-6/220) originally from Columbia, SC, but now attending College of Central Florida....a two year Community College.

Dunbar's name just popped-up showing recruitment from both PSU and UP.  The other five schools that have reportedly offered him are all in the south or southeast.

Malik's high school, Spring Valley in North Augusta, SC is a 4-star school (out of 5), and he was a SC first team selection his senior year in 2015.

Perhaps the temperate weather and lack of humidity would incentivize him to leave the Southeast. I'm melting here in "Famously Hot Columbia."

So.. For immediate recruits.... I lost track.


Are there two Florida kids, a PG and a PF?
( Dunbar may be one of those)

Dean Murdoch wrote:Lots of competition for this Kolby Lee. I see Utah State, Toledo, Kent State, and Boise State all have offered him as well.

As you can imagine by the schools that are after him, he's not exactly an under-the-radar type - a FOUR star recruit according to ESPN.

Kolby Lee, from Idaho, has decided BYU is where he want's to matriculate....

I know very little about Walker, except that he plays on an excellent high school team and is a first team all-state player. 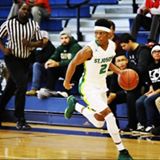 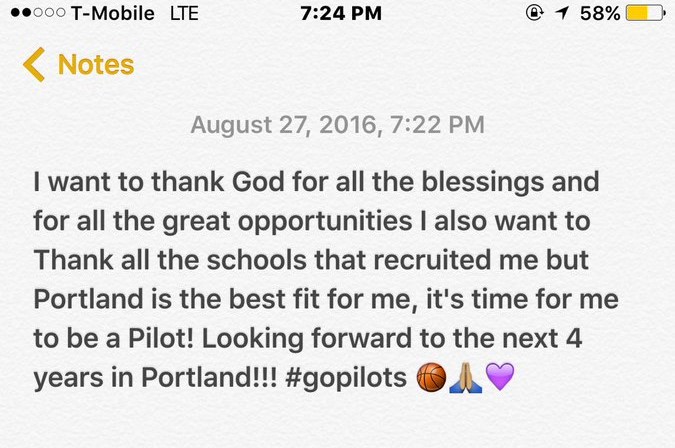 Saw this young man and his parents at last night's soccer games, and considering the great atmosphere created by the student section, it's no wonder that Jojo has decided to sign a LOI with UP in November.....

He even posted a picture of himself in a Pilot uniform (wearing Alec Wintering's #2): 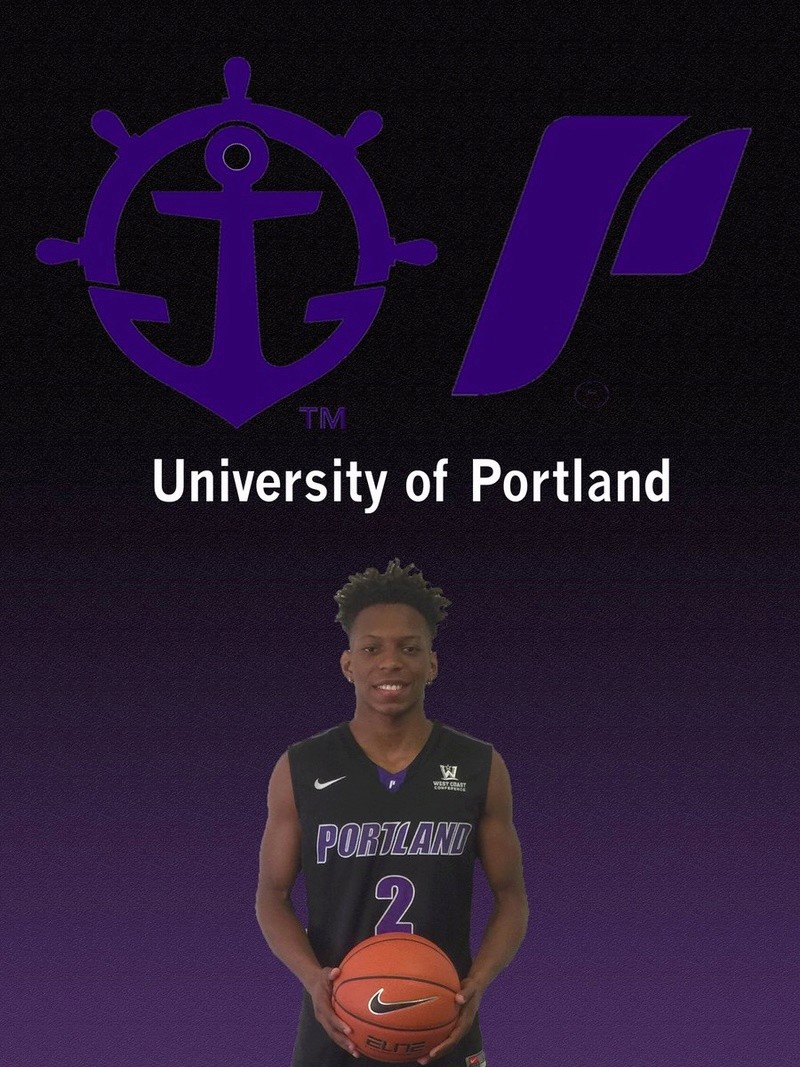 I believe the reason the UP staff did not pursue Kendall Small is because they were going after Andre Ferguson for this year and Jojo Walker for next year.....

Now that appears to be a recruiting bonanza for Portland. More about JOJO, including a pretty gaudy scoring average:

JoJo Walker, a junior at St. Joseph High School, didn’t know if he’d ever play basketball again after breaking his leg two years ago during his freshman season.

“I thought I was done,” Walker told the Sun. “I was thinking, ‘I’m not going be the same. Everything’s going to change now.’”

Walker took solace in watching NBA games on the hospital TV during recovery, and in the process became inspired to do whatever it took to bounce back and excel on the court again.

“I just realized that what I had to do was work harder than I used to work—work harder and get back in the game,” he said. “That was kind of my motivation to get back on the court.”

Fast forward two years, and Walker has more than achieved his dream of returning to basketball. Walker was named to All-PAC 8, All-CIF, and All-State teams following his sophomore season last winter.

That’s a feat he’s likely to repeat soon when the 2016 awards are handed out. As starting point guard this season, Walker has exploded for averages of 18.5 points and 5.3 assists per game on a Knights team that’s wrapping up a fairy-tale 28-3 season.

He recently led St. Joe’s to a CIF playoff rout over Chadwick High School where the team scored an unfathomable 105 points.

St. Joe’s did just that again versus Woodcrest Christian on Feb. 26 to advance to the CIF Division 5AA championship game on March 4.

Walker’s raw talent, athleticism, and scoring ability is undeniable, but St. Joe’s head coach Tom Mott told the Sun that Walker’s biggest improvement has been in leadership and learning how to be a passing point guard—not just a scorer.

“He’s started to see the big picture more,” Mott said. “He’s realized what our best scoring options are and making sure others guys are getting the ball too. He can score 12 or 30 points, but for him it’s just about getting the win.”

When that statement was relayed to Walker, he agreed with his coach resoundingly.

“I used to be a little selfish,” Walker admitted. “If my teammate is open, it makes me a better player if I give it to him because he’s more open than I am.”

Walker, who’s been bouncing a basketball since he was 4 years old, claims to not be thinking about college basketball and beyond. He’s focused on bringing his best to every St. Joe’s game.

It does not appear that Jojo is 6’1” as suggested, but then we have had some success with point guards not quite 6’1”.

DoubleDipper wrote:In the eyes of many coaches, a college team should ideally have 3 point guards, 5 wings, and 5 post players on scholarship....the point guards being the most important, and the post players probably being of lesser importance, especially in the WCC style of play.

The coaches must be going after a couple of big guys now!

WRV, thank you for posting the interview of our newest recruit JoJo Walker. I'm reminded of how young these recruits are when watching him. However, I was impressed with his maturity and humility when answering the questions. I think he's going to do very well under Coach Porter. JoJo's success at the high school level is very encouraging. His desire to make to make his teammates better and his abilities to shoot and finish at the hoop are also very encouraging. Between Alec, Jazz, Andre and JoJo, I think Coach Porter is going to have a series of successful point guards. The recruiting is already on an upswing. It'll be a transition year, but no one can question the upgrade in talent we're seeing this coaching staff recruit to the Bluff.

A long shot for the Pilots, perhaps, as Vogt has more than once voiced his desire to matriculate relatively close to his Kentucky home so his friends and family can watch him play.  Of Vogt's 15 known offers, Portland is by far the school furthest from his home.

Apparently Coach Cantu visited Vogt and his family in Mayfield this weekend, and if all went well the 7-1/220 center and his family will be in Portland this coming weekend on an official visit.

Coach Cantu and Coach Porter are 2 for 2 in getting commits from their only official visits so far, but as UP is over 2200 miles from "family and friends," getting young Mr. Vogt's signature in November would be quite an achievement. 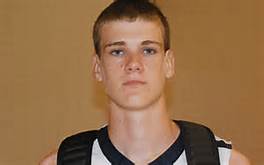 Hmmmm. Unless the rules have changed, I believe that is a violation. (It being retweeted, that is.)

As far as I know, until a prospective student-athlete signs an LOI, there has to be radio silence from the university and all staff members.

Hopefully I'm wrong on that!

Your hopes are fufilled Stoney.

Now, if he retweeted a post of a pilotnation member, that would be something else...

Ah ha! Well I'm very happy to be corrected on that matter. I actually did some Googling this time (imagine that - doing research before posting!), and apparently this new rule went into effect just a few weeks ago on August 1.

To be honest, I'm a bit surprised that the NCAA actually made a common-sense rule change regarding social media.

The best part of that rule is the 'etc'.

Anything goes, I guess.


Next thing you know, Beluga  Sturgeon caviar will be a bagel topping.

Well heck...all these offers for Chris Vogt, if he's using one of his five official visits at UP that's got to be a good sign. ESPN has him as a 3* guy with a 79 rating (80 is the start of 4* ratings) for whatever that's worth.

Also, is this guy ambidextrous? Almost everything is with his left hand, and then at 1:40 of this highlight reel he takes a right-handed jumper from the top of the key with no one around him. 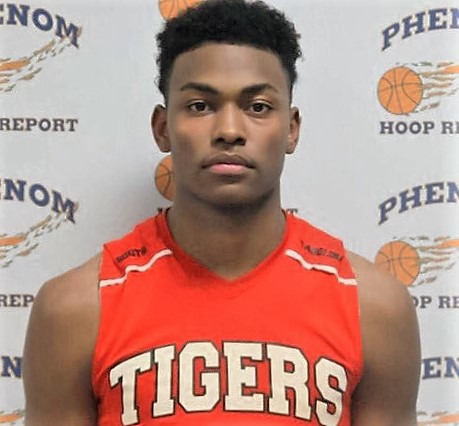 Are we gonna call him Mugsy?

Hmm, not the JUCO student-athlete I was expecting the Pilots to offer, but,

Obviously a qualifier out of high school, Williams will have 3 years of eligibility when he gets to a D1 school.

A 6-6 combo guard/forward, Williams averaged 15 points and 8 rebounds per game at Price High School in LA, earning him a 3-star rating by ESPN and the distinction of being regarded by ESPN as the 19th-best player in California's 2015 class.  ESPN describes him as "a long-armed wing-type who affects the game in multiple ways" and well as a "terror in transition where he can explode for a variety of high-wire finishes," also adding that Williams "explodes over would-be defenders utilizing his elusiveness and explosiveness" and is someone who "can snatch rebounds, lead the break and attack the rim." 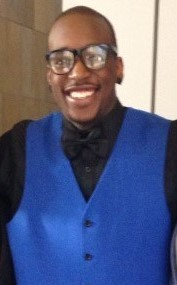