Apparently Spring ball has started for the men.

Anyone have a clue when they play next?

(BYU is not ncaa. The team plays in the USL Premier Development League, the fourth tier of the American Soccer Pyramid, in the Southwest Division of the Western Conference.)

Can someone please explain to me how BYU's men's soccer works? Are these guys paid and students at BYU? Just pros? Or student-athletes not playing in the NCAA? Also, why play at that level and not in NCAA? This seems like a unique position in college sports.

BYU is a USL PDL soccer franchise the school purchased about 10 years ago. They don't pay players or give scholarships. I think most players are BYU students, but there is no real reason they have to be.

The idea was to get better competition than college club soccer offers, and for some reason they chose not to go NCAA ( title IX?)

So, they compete with teams at the same level as Abbotsford or the Timbers PDL team Evans played for in the Spring. At one time, they were even in the NW Division.

In another tweet, they thank their fans. Apparently somebody in Portland knew about the game...

The men do play spring ball.

They just announced a fundraiser match with the Timbers Reserves on Wednesday - 7:00 PM.

The three scores by the Pilots were Escobar, Velasco( I think) on counters and Kowaluk.

Unfortunately, the three scores from the Timbers were from Kowaluk, Zizzo, and Valencia, and that's how the scorekeeper saw it.

Kowaluk scored first for the Timbers in a scramble around goal. Escobar scored in the 12th, Velasco in then countered also and By the 21st minute the Pilots had their two goals for the evening.

Then Zizzo got his in the 29th and Valencia put the Timbers ahead in the second half.

Stevie also played for the Timbers.

Bright spots for UP- Velasco of course, but Escobar, Hugo Rhoads, and a couple other guys battled very well. Baarts did pretty well in goal considering the onslaught. And this game will probably be a tougher one that they will face against most college teams.
And we got to see Slevin and Anderson one last time. And UP got two chances on goal in the last couple minutes to no avail.

Al in all, a good Spring game and a gorgeous night for watching.

They should be fun to watch this fall when the new kids show up. 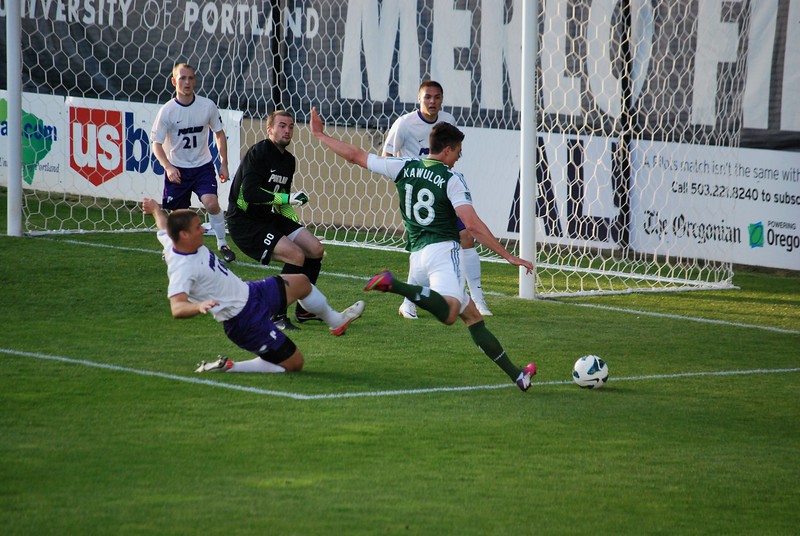 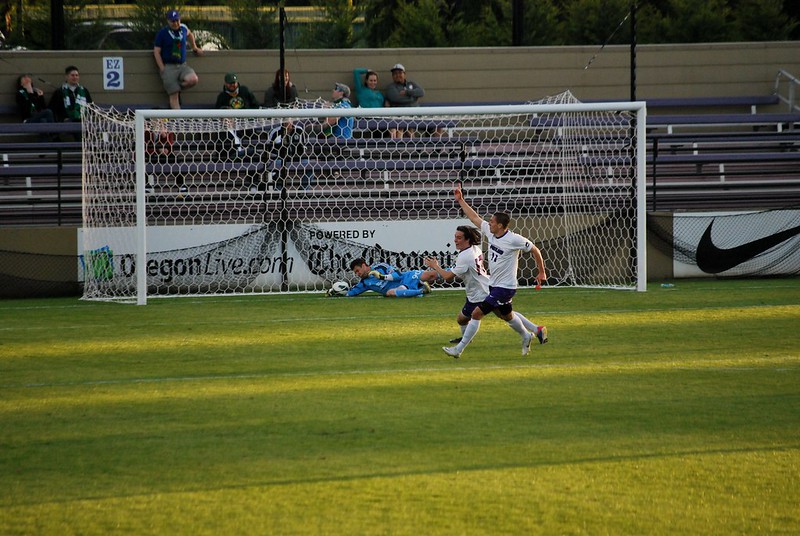