While the men were in their slugfest  with Portland T2 the women inaugurated their spring schedule with a trip across MLK to Concordia.

The first half of the New regime was a bit disjointed. UP had the better run of play but weren’t in sync very well. They did, however, but some nice shots against the brick wall and roof of the locker rooms.

The second half has some UP scores, with Taryn Ries scoring the first goal of the French era on a very nice run into the box and cross  by Kimberly Hazlett.

The second goal was a nice pass ahead to Ríes, who had the speed to take off on a breakaway, made a nice turn on her defender, and beet the keeper from inside the 6 yard box.

The third goal was a finish by Larkin Russell ( I think) who was one of several players in the box who could have finished another cross.

All three goals were from high percentage spots in the box.

There were a slew of other chances, and fans were entertained when Hazlett spun in the box and fired an attempt to injure the crossbar.
Generally, the second half was a more polished effort, with players making nice slanting runs to get behind the back line, and players being available in front of frame.

There were a couple pleasant surprises. Ríes is a whole different player without the braces she wore all last season. Lucy Davidson looked healthy this year after last years effort which she endured nagging injury. Ellie Walker looked healthy also. And a new mystery number 27 ( presumably Transfer Sydney Warren, who is listed as number 12 on the roster) looked like she will add some help up top. Unlike last year, it looks like Hazlett will get some help with targets who can keep pace when she makes her runs.

Concordia came out well organized and had a couple chances in the first half, but the second half left them with few opportunities.
I hadn’t been to Concordia in many years, and the new sport facility is pretty impressive. Well done!
There are rumors  from well placed people that there might be a couple additions by summer. I’m practicing my Spanish.

The quote at the end of the Geez's most recent post is the best of all time!

Geezaldinho wrote:There are rumors  from well placed people that there might be a couple additions by summer. I’m practicing my Spanish.

Might be worth brushing up on your Portuguese too. You never know when Marta will finally decide to make her appearance!

Geezaldinho wrote:There are rumors  from well placed people that there might be a couple additions by summer. I’m practicing my Spanish.

Might be worth brushing up on your Portuguese too. You never know when Marta will finally decide to make her appearance!

Actually, there might be a bit of Portuguese involved....

It’s not like I do it every year.... though I recall setting things up about this far ahead last time.

Marta, btw, will finally step on a Portland pitch wearing purple on April 15.


You heard it here first.

Why wait until spring?  Let's play! 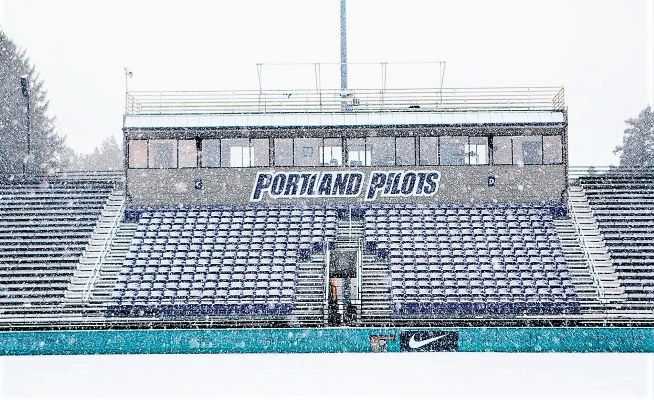