I am usually impressed by how good Vegas is on setting the odds.  I realize they are gauging the bettors, to balance the bets.  But they set the over/under total at 49 with NE a 4.5 favorite.  That predicts a 27-22 NE win.  The point total was 74!

Consider that Philadelphia, a team that was just 7-9 last season (16-3 this season), was led by a second year coach and a backup quarterback.

Consider that Coach Doug Pederson was the head coach at Calvary Baptist Academy just 10 years ago, and quarterback Nick Foles almost quit football in 2016 after being released by the Rams after they signed Jared Goff.

Consider that two of the Eagles' touchdowns could have been overturned on replay, but were not.  (I agreed with the booth on both, but the one in the back of the end zone would probably have been declared a "no-catch" upon review if it had been called incomplete initially).

Consider that Coach Pederson twice decided to "go for it" on fourth down...in a Super Bowl!  And the Eagles were successful on both....one to keep a scoring drive alive, and one that resulted in a touchdown.

Consider that both quarterbacks were thrown passes during the game.  Brady's attempted catch was off his fingertips and hit the ground; and Foles' catch was for what proved to be the winning touchdown....  Insane!

up7587 wrote:Just based upon those increasing prices, $3,000 seems a bit much!
Did the kid who took the selfie with Justin Timberlake get his money's worth? 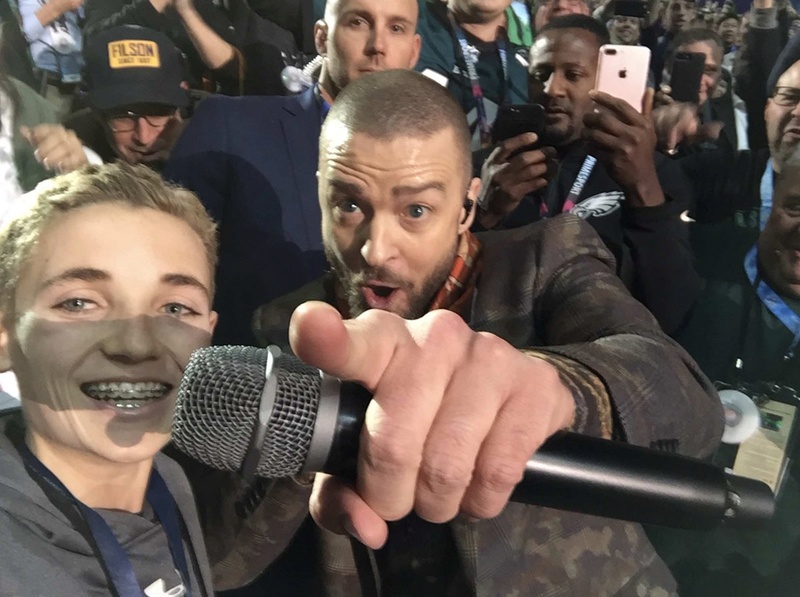 up7587 wrote:I am usually impressed by how good Vegas is on setting the odds.  I realize they are gauging the bettors, to balance the bets.  But the set the over/under total at 49 with NE a 4.5 favorite.  That predicts a 27-22 NE win.  The point total was 74!

Comedian and Philadelphia native, Kevin Hart, predicted the score would be 83-6 in favor of the Eagles....turns out he was a lot closer than Las Vegas!

I'm a fan of Kevin, but turns out his celebrity status in Philly didn't impress the Super Bowl security guards enough to allow him on the stage when the Lombardi Trophy was presented.  Later he dropped an F-bomb on the NFL Network before admitting to consuming "a few beverages" during the game. 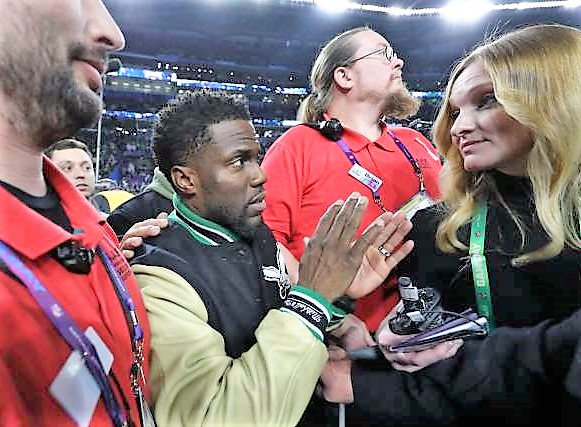 I heard today that Tom Brady was the first QB to throw for over 500 yards, 3 touchdown, and no interceptions, and lose the game. Not the first Super Bowl QB, the first QB in any NFL game to do that. So, best losing game ever.

Great day of NFL conference championship games. Both games were #1 seed vs. #2. Both games went to overtime. Both road teams won.

The Rams benefitted from a non-call that left them enough time to make a game tying FG, and then to win with a 57 yard FG.

The Patriots got a game tying drive from Tom Brady in the last two minutes, then got the ball first in OT and got another TD drive to win the game. Brady and Belicheck go to their 3rd straight Super Bowl.

The "big game" is in two weeks in the dome at Atlanta.

Apparently not much interest in the Super Bowl on PilotNation this year, but there was vague UP connection.

In a game that “featured” 14 punts, five were booted by New England’s 6-2/220 6-year veteran, Ryan Allen, three of which touched down and stopped inside the Rams 10-yard line…. making him a candidate for MVP in the defensive battle.

So, what’s the UP connection?

Ryan Allen’s long-term girlfriend is 2012 UP nursing school grad, Emily Stratton, my sister’s best friend and one of the people who helped convince me to attend UP. 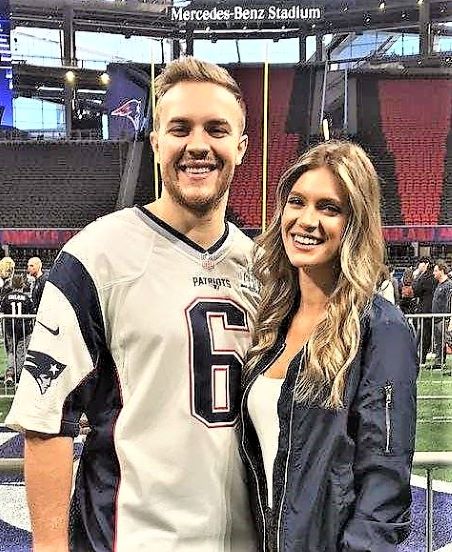 Allen, from West Salem, walked on at Oregon State, where he was beat out by Johnny Hekker. Crazy that they ended up competing in the Super Bowl. Allen was my pick for MVP of the game. He made some amazing punts.