I mean why not start a thread for this??

Just sat through the Poland/Greece debacle... My only question is how they let a ref who has given away 16 cards in 19 La Liga matches officiate such an event. I mean showing 2 reds during the match itself came at not surprise... hahah neither did the ugly soccer.

I'm hoping the Germany/Portugul and Spain/Italy matches the next too days erase the awfulness from my brain.

Both reds were well earned the second was a clear trip in the box. You can hardly blame the ref. The two yellows for the first red were just idiocy of a player testing a ref. he lost.
Both teams knew it was a la liga ref, and that league deals harshly with play to the legs.

This was more a case of two teams trying mightily to not play well.

Poland especially. When they went into their stall mode they gave the tying goal away.

But I agree on the ugly soccer.


The next one, Russia-Czech, will be the opposite. Nothing will get called.
Remember, this is Howard Web, who thinks a flying kick to the chest only merits a yellow. 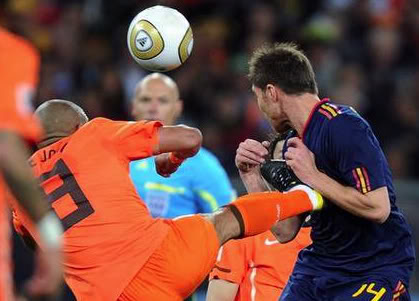 Nice goal on the counter by the Russians. Should probably have had a couple more already. However, Kasey Keller's analysis is...um...well, he's speaking in complete sentences...

The Czechs need to clone Pavel Nedved.... (Or at very lest his hair.)

And that first yellow on #19 (I am not going to attempt to type that name) was extremely harsh, the second... The Polish player was already slipping before he was even touched, but I guess technically he WAS the last defender. But in the end of the day I think a tie was a deserved result, no team had the requisite necessary to win... at all...

Hahaha Poland's only chance at making it out of the group involves going back in time and not letting Miroslav Klose and Lukas Podolski naturalize for Germany.

Pavlyuchenko has Harry Redknapp cursing to himself more than usual about now...

She has been there too long.

I´m glad to see that my Czech brothers got the job done against Greece. Hopefully, they can win again tomorrow...

This is a weird cup. First we get the Irish fans singing "Fields of Athenry" when they get eliminated, now we get "Ukraine has not yet perished" followed by "Poland is not yet lost" in today's game.

I hope both team make it through. It will be fun to see which team will have to change its anthem.

The clicker finger is soaking in ice water now.

If the scores stay the same, both Greece and Russia advance.

Czecks win 1:0 and win the group. And unlikely Greece is the other team through.

It wasn't going to help Sweden as they'd already been eliminated, but Ibra scored one of the sickest goals you'll ever see today as they took apart France.

England-Italy is the most interesting one to me. Spain-France could be a good one too. If this was the World Cup in two years and the new core of their team had more time together I'd look out for France.

Here is the goal for those who missed it

Ken Tremendous:
It must be scary for the Greek team, knowing that if they beat Germany in the semis, Merkel will let the Euro fail. ‪#Euro2012‬

Interesting for a short stretch after Greece equalized, but it looked to me like that just woke Germany up. What a collection of great goals for them. My favorite was Khedira's. If you can volley it on target like that, so what if it's off your shin?

You have to love a goal by a guy whose name translates as "World Glory dumpling", but Reus just showed us what first touch is with his scorcher.

I was sad, but, not at all surprised to see Czech Republic go down to Portugal. It sounds like Cristiano Ronaldo is finally bringing his A game to international competition. That´s good for the sport as long as he leaves all the flopping from a couple of seasons ago at home.

PurpleGeezer wrote:You have to love a goal by a guy whose name translates as "World Glory dumpling", but Reus just showed us what first touch is with his scorcher.

Welt Herrlichkeit Knödel got a goal?

up7587 wrote:Welt Herrlichkeit Knödel got a goal?

Oh man, what memories! As kids our favorite night at the soccer grounds was always Welt Herrlichkeit Knödel bobblehead night.

(Full disclosure: this picture is actually of the Norwich City Football Club mascot .... the Norfolk Dumpling!)

Portugal has been plucky as of late and the whole Nani-C Ronaldo combo has finally started to show some bite... But yeesh as long as Spain keeps games close by not fielding any strikers, who knows? I think you still have to give Spain the edge until proven otherwise, but I think it is fair to say Germany has the upper hand against the team that wears uniforms form 1995 (But Italy is unpredictable as hell, but I guess thats what happens when you start Mario Balotelli...).

Not much to say about this one but that Portugal tossed the "bunker" die and lost.

I hope the rest of the games aren't like that. 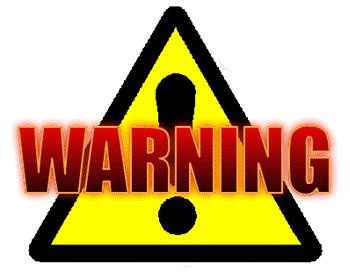 I know some of you are very excited about all this soccer in Europe, but I'm worried about you and your health.

CHANGSHA, China – A Chinese soccer fan died at his home after going 11 nights without sleep as he watched every single Euro 2012 game from Poland and Ukraine.

Jiang Xiaoshan died from exhaustion June 19 after reportedly staying up every night to watch the Euros with his friends.

After watching Italy defeat the Republic of Ireland, the 26-year-old fan went back to his home in Changsha, took a shower and fell asleep. Xiaoshan never woke up.

Sources claim that the combined effects of alcohol, tobacco and sleep deprivation were to blame for his untimely death. Xiaoshan's friends were left shocked after learning of his death, stating that he lived a "relatively healthy life."

It is not the first time fans have suffered health issues watching international tournaments from different time zones. Several people were admitted to hospitals during the World Cup tournaments in 2006 and 2010 due to exhaustion.

Because of the time difference, all the European Championship games are played in the middle of the night in China.

DVR is your friend!