CARSON, Calif. - Many players don't want to be selected in Major League Soccer's expansion draft. Joining an expansion team can be viewed as a negative.

Collen Warner was selected in the 2012 expansion draft and he couldn't be happier.

The expansion Montreal Impact selected the former University of Portland star in the expansion draft and Warner now has a chance to take his professional career to a higher level.

"This is a chance to get my career started," Warner said. "Montreal being an expansion team, there's definitely more of an opportunity for me."

Warner, a midfielder, enters his third MLS season, but it's the first in which he'll have a legitimate opportunity to start. The Impact used its sixth pick to select Warner, who spent his first two seasons with Real Salt Lake.

Warner knew if he was going to advance his career, getting away from Real Salt Lake was necessary.

"I was prepared for it," Warner said. "Once I found out the Real Salt Lake wasn't protecting me (in the expansion draft), I thought there was a good chance I would get picked up."

Montreal head coach Jesse Marsch said Warner has been a pleasant surprise during training camp and the preseason.

"He has a lot of natural gifts and now it's about trying to get him to go from being…sort of a reserve player and a part-time player (at Real Salt Lake)," Marsch said. "Now he has to take an extra step where he can be an everyday pro."

Marsch said Warner's role on the field will be different than when he played for Real Salt Lake. Marsch wants Warner to develop into more of a two-way, box-to-box style of play instead of being an attacking midfielder.

"My starting position on the field is a little deeper," Warner said. "I used to play that way a little bit for Portland back in college. But I haven't played that way for a while, so it's kind of a transition."

Marsch said Warner's field awareness has surprised him and he has adjusted well, but wants him to develop another intangible.

"He's such as nice kid. I'm trying turn him into (being) a little tougher. I'd like to see him have more life and energy in the center of the field," Marsch said. "Take things over and show all of his good qualities and show what a good player he is." 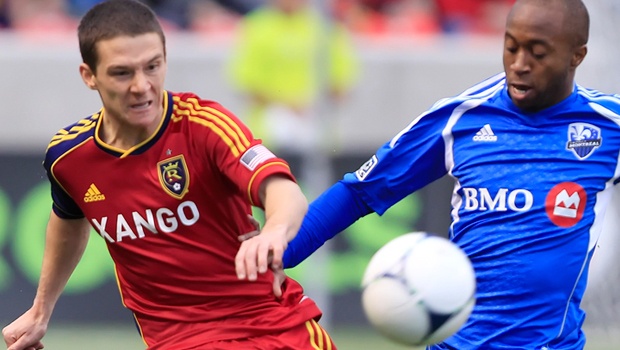 MONTREAL – “He’s simple in the way he connects things, and when the ball turns over, he leads the team in balls won almost every game.”

Any defensive midfielder would be happy to have that as their slugline. For one learning the position on the fly, though, it's the hightest of praise.

And it seems Montreal Impact head coach Jesse Marsch – a d-mid of some renown during his MLS days – isn't shy about handing said praise to Collen Warner (above right), a third-year midfielder he initially intended to play as an attacking playmaker.

But Warner never made that role his own in Marsch’s start-of-the-season 4-4-2 formation, and while the Impact’s switch to a 4-2-3-1 four games ago has translated into flamboyant stats for Felipe Martins (two goals, three assists) and Patrice Bernier (two goals, five assists), Warner has been playing a quieter, yet superbly efficient role which Marsch has characterized well.

“When he’s at he’s best, you almost don’t even notice him," the coach said.

Warner, for his part, has accepted the role and the obligations that accompany it.

“Now that Felipe’s a little bit more advanced, it puts more responsibilities on me," the University of Portland product told MLSsoccer.com on Monday. "He would also do a lot of work defensively and now he’s a little bit more attacking. The way it’s set up and our positioning being a little better as a group helps as well because there’s less ground for me to cover in between our backline and the midfield.”

Warner, who turned 24 over the weekend, has a certain degree of familiarity with the position. As a young boy, he played as a holding midfielder for a team set up in a 4-2-2-2. During his time at Real Salt Lake, he would either be the most advanced midfielder – hence Marsch’s ideas for him before the 2011 Expansion Draft – or drop a little deeper. In Montreal, he calls his position “the furthest back I’ve played in the midfield,” a selfless role every team needs to fulfill.

“For me, the most enjoyment I get out of it is just trying to make plays from a deeper role and start the plays and getting the ball ahead,” Warner said. “A lot of times, I try to get Davy [Arnaud] the ball when he’s higher up the field, or Justin [Mapp], or Felipe, as high up the field as possible so they don’t come as far back to get their touches.”

Looking back at the way he used to play in Salt Lake, the Impact’s No. 18 says he looked up to Javier Morales. Now, though, he tries to draw inspiration from an old teammate for whom he is full of praise: RSL captain Kyle Beckerman.

“He’s probably the top defensive midfielder in our league right now," Warner added, "because of the way he moves the ball with his feet and also covers a lot of ground.”

High praise there, as well. And with the trajectory Warner's found in Montreal, something he now has reason to aspire to himself.

Warner, 24, has emerged into a defensive stalwart on a Montreal Impact squad that is knocking on the door of a playoff spot in their first season in MLS. It’s been a long road from playing youth soccer in Colorado to playing pro soccer alongside the likes of Alessandro Nesta in Canada.

“Yeah, I dunno, dude,” Warner told sportsnet.ca with a laugh. “I didn’t plan it out this way, that’s for sure.” 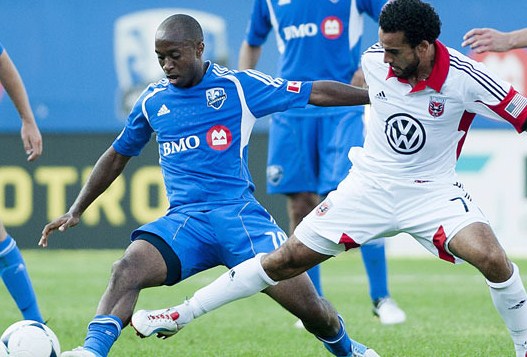