What would you like to see at Merlo Field?

Well, the Old Trafford Audi seats aren't subterranean (or technically a dugout I guess), so ref's falling in a hole wouldn't be a problem... 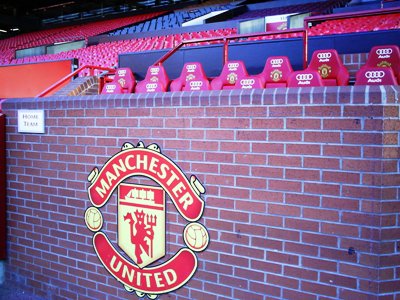 But perhaps this could swing some more advertising revenue to sponsor the seats?

Install permanent seats/bleachers on the Student size and raise the height of the first row so that you can see over the film crew whenever they are at a game. On multiple occasions, the camera or microphone person would set up right in the line of the action taking place on the field. Bobbing in your seat to see the game and still missing a goal or great play definitely reduces the enjoyment of watching the game.

All good stuff, keep it coming! This is your chance to have a say!!

I love the complex, so it's hard to suggest changes.

I actually think I would prefer not to have a video screen, which presumably would be for replays. There's something about only being able to see only the play of the game and then having to wait for the sports news or video replay via the Pilots' website, that makes the game more real.

A disadvantage to the possible "dugouts" or covered team areas is that fans on the south side, east end, would not have such a good view of the bench. That good view is an amenity for fans in that area, which includes the players' families, and makes for a very nice connection of the fans in that area to the team.

My grand-daughter is ready for her bedtime story, so that's it for now!

I would love to see trees put back in or the wall built higher. It is so much more intimidating to make the other team feel trapped as well as making the entrance to the stadium a little more grand. What makes big stadiums and arenas so intimidating is that you cannot see inside to the playing area without actually being inside of the stadium.

Also, when the Timbers played their game against Chivas USA, some people were just sitting on a truck outside the stadium watching because they cut all the trees down.

Also, related to the Chiles Center, there are many places where there are sports listed on the walls (like on the corners). One of those sports is golf, which we no longer have. Will it be replaced by rowing?

TO address UPSF, the two things that confuse me about Merlo's original layout are the off center gap on the student side, and the fact that they built obstructed view seats... I'm not sure if there is a remedy for the latter issue without a major renovation, so perhaps for the 20 year plan?

And to POTP... first off, welcome to the forum! Without a doubt something will be done on that side, I don't see a new wall being built up, probably too big of a project for so short of a time frame, but everything I've heard has led me to believe new trees will be planted. It will naturally just take a while before they grow and re-create the enclosure. Also, it seems to me that for the time being some flags (tastefully done) or perhaps a larger banner extended across that space would re-gain some of the intimacy (and keep out the cheapskates) for the time being. Sure it might not have the same character as the trees, but it could at least serve the same purpose

This is all good and useful stuff and will be very helpful for determining projects for the upcoming season. At the same time it gives all of us a chance to voice feedback for your vision of Merlo and the Clive Charles Soccer Complex in the years to come! Keep with the ideas, no idea is too big or too small!!

Purplegeezer addressed the issue that is most bothersome to me:

A simple block to keep folks from walking in front of everyone during the games would also be good. Right now folks (especially preening teens) do a circuit in front of people who want to watch the games. At least make them go behind at the portcullis entry at midfield. That way they can only do half a circuit.
either that or make folks use the portcullis during the games and block off the ends of the front aisle. I have my seat higher to avoid that issue, but I bet the folks down front get annoyed.

Sitting in the front row of games can be extremely frustrating! And this is most annoying against the best opponents when the stands are full! I'm trying to watch the game but the same kids and adults walk back and forth in front of me several times a game. Their priority is not actually watching the game. Barring a structural redesign, people need to be directed to the nearest exit. Since I also sit near the center, closing off the ends of the front aisle won't help as much as funneling the people to the nearest exit. People on the right go out the right behind the stadium and people on the left go out the left. This doesn't cost a dime beyond the training time to communicate this to the staff. Also annoying are people walking by who slow down or stop to watch an exciting play developing and block my view so that I don't get to see that exciting play! Again, the event staff has to take charge and keep people moving.

I also like the idea of sprucing-up the entryway to make it more appealing and befitting the great soccer complex that it is.

I get the feeling that a renovation might be needed in the near future. I know they just did some upgrades to the aesthetics to the stadium, but when they cut those trees down they created some wiggle room to possible expand a little.