Steve Brandon was busy on the bluff. he has a nice article on the importance of Saturday's rivalry game with the Huskies.
(even though he got the Baarts relationships a little wrong)

I think it's fake, though. Bill Irwin has never spoken so many words in Public. Read it anyway.

I've really enjoyed the men's games this year. It's fun to see them connecting in their passing and working so well together. Saturday night will be exciting!

For those of you still on a little high from the women's game last night, tonight Is big game for the men and promises some of the same action.

The Pilots' derby with UW if for NW bragging rights and could well decide who gets the first home game in the tournament.

I keep telling you this is a good team, come see for yourself.

I forgot to mention that there are more reasons to come see the game tonight. It's rollback night, celebrating 20 years of Merlo field.

UW was the first opponent to play on the pitch 20 years ago.

And the 1990 team will be honored. That team include some greats, including Keller, and won the WCC and went to the tournament.

Ugh. It was 4-1, and the score might slightly flatter the Huskies, but they were better. They made the most of their chances. The Pilots had some of their own but were only able to get one.

Brent Richards of PTFC fame got the first, tapping in when Austin knocked away a long shot. The Pilot defense needed to be better on the second. Their #11 made some nice moves past a couple defenders down the goal line to get in on goal. The third was assisted by Richards. Two of their guys got out on a breakaway with the score 2-1 in the last 10 minutes. The fourth was a nice chip from the top of the penalty area.

I can't remember who it was, but the Pilots had a couple good free kicks the UW keeper did well to save. It was disappointing tonight, but I think the Pilots will get things worked out.

On the bright side, we did get to see one wonderful goal. Unfortunately, it wasn't by a Pilot.

Zach Portillos took the ball into the box and turned the defense 3 or 4 times before taking a nice far post shot.

The conditions didn't help us, but it seemed no problem for the huskies. Time to regroup. it was just one game, maybe they got the stinker out of their systems.

PurplePrideTrumpet wrote:I can't remember who it was, but the Pilots had a couple good free kicks the UW keeper did well to save. It was disappointing tonight, but I think the Pilots will get things worked out.

Joe Sleven had a couple of great free kicks--well paced and just under the crossbar. With the wet conditions, the UW keep took no chances and pushed them over the crossbar.

I thought that the Dawgs did a better job going after and one-touching free balls to one another, and overall had better possession. We had some good chances, too, but didn't put enough of them away. 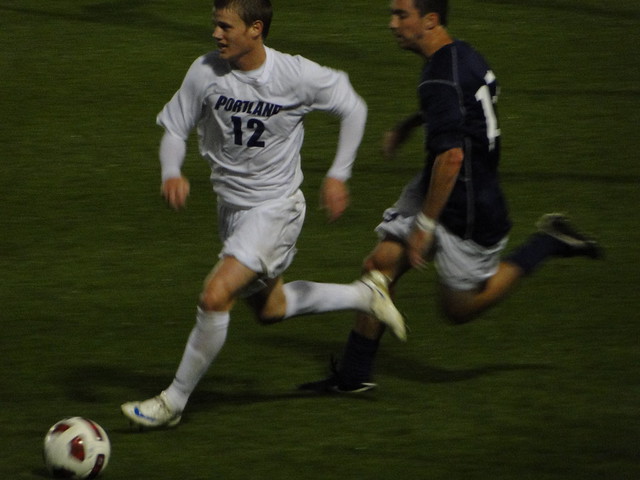 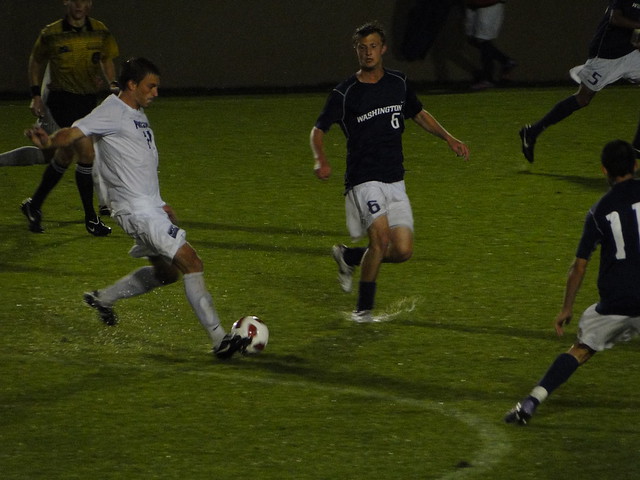 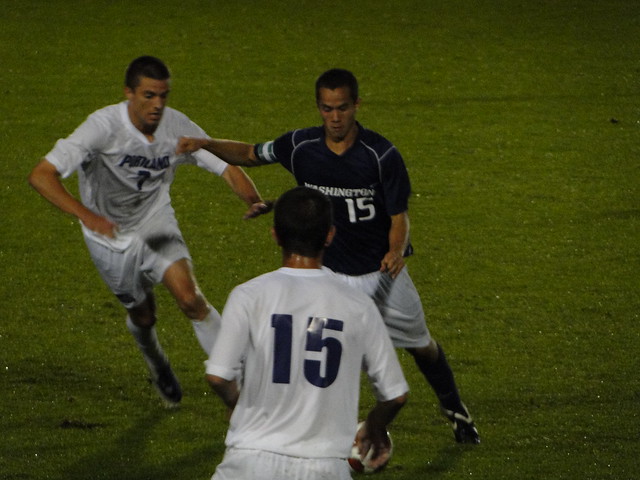