Not only are they perfect on the season, they have scored 29 goals (2nd most in all PDL) while allowing only two (fewest in all PDL, one of which came on a PK this past weekend). A goal differential of +27! Wow.

the streak goes to 11-0 as the Timbers u23 beat Spokane 9-0 tonight at Tigard high School.


Brent Richards had a Hat trick +1 (what is that? A Top Hat trick?)

the goal differential for the year is is now 42-3

The streak continues. The u23's are now 12-0 after beating Washington 3-0. Michael Nielson scored the game winner.

Timbers U-23s clinch division today with a 3-1 win in their home finale. Perfect 14-0-0 on the year. Goal differential continues to climb. Wow.

Congrats to the Timbers u23's for a perfect 15-0 season on the heels of beating Kitsap 1-0 tonight.

That's the first u23 team to have a perfect season in ten years.

Playoffs start the weekend of July 30.

They beat Hollywood 2-1 today in Bremerton. Tomorrow they play the winner of Kitsap-Ventura County for the conference championship.

The Timbers have beaten Kitsap 3-0 and 1-0 already this season.

Geezaldinho wrote:The Timbers have beaten Kitsap 3-0 and 1-0 already this season.

And now they have beaten Kitsap 2-1 with a winner in the 82d today.

They are the Western Conference champions and will move on to next weekend's PDL national semis and final. I have heard third-hand Portland may be hosting these matches and if true, you all should get yourself out to see these guys. It's well worth it.

Timbers u23 are Western Conference champs!

Congrats to the u23's they square up next Weekend with four other teams for the National championship.

The Timbers U-23s will join the three other conference champions from around the PDL in the league’s championship tournament Aug. 6-7. Details regarding the PDL Final Four will be announced the coming days.

Tickets (GA) are $10 per day or $15 for all four games. If you have Timbers season tickets for 2011 you will be getting an e-mail about free tickets...

See you all out there.

The PDL's all-conference teams have been announced:

The Timbers U-23s had the most selections (four) out of all the PDL teams nationwide, including our own Ryan Kawulok.

Now let's see what kind of a turnout we can get on Friday and Saturday.

In a very nice gesture, the Timbers are offering free admission to regular season ticket holders ( for the big team, not the u23 pass holders.)

Either way, it's a good deal. Get out and cheer our players and see some great ball.

At least one Timbers team will be in the running for a league title.

They play Thunder bay tomorrow at 4:00.

The semifinal game starts at 1:00 PM.

One more game for the Championship and a perfect season

Freddie Braun's game winner was a beautiful low shot from the top of the 18 a minute after Reading had equalized.

Braun, striker Brent Richards, and keeper Jake Gleeson in my mind all have legitimate shots at the MLS squad next year. If he wasn't still in school I would start Richards up front in the league game Wednesday. He's as good a playmaker as any on the senior squad.

The Timbers game story is up.
http://www.portlandtimbers.com/newsroom/matchrecaps/index.html?article_id=1783
The game will be on FSC! Also 95.5 The Game.

Jake Gleeson, the keeper, is already signed up and will be here next year in some capacity.

There will be plenty of chances to see these guys in the fall:

Tracy Hasson (#2), the midfielder with the curly hair who didn't stop moving until he was subbed off, plays for OSU, so you can see him against the Pilots August 25. I have never seen anything like this guy's work rate. Truly a joy to watch.

Of course the Pilots were well represented, with Ricardo Carrillo, Steven Evans, Jarad Van Schaik, and Ryan Kawulok suiting up.

This team was so much fun to watch. There's loads of individual skill, they all gave the maximum effort, and everyone was focused on success as a team. You just have to be a fan of football in general, not just the Timbers, to know something special went on this summer.

He plays at Schoolcraft College, a JC in Michigan.

Two nights in a row he set up a goal by running down the left and blowing by his defender.

great game by Ptld u-23. Certainly played as a team with everyone doing his part. 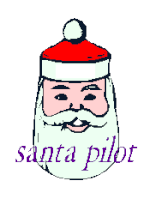