I'm sure Woodless will bring us totally up-to-speed in the next couple of months, but I thought it was worth noting that among the usual activities at this year's reunion on the Bluff, June 21-24, is the Athletic Hall of Fame Induction on Thursday June 21 at 6:30pm, and the Men's Basketball Alumni Game on Saturday June 23 at noon.

Is this the year we see some of now retired soccer players make it into the HOF?

The Men's Basketball Alumni Game that was played a couple of months ago was great fun and pretty competitive (let me tell you, Casey Frandsen can still stroke it!!).

The complete schedule of reunion activities can be found here:
http://www.up.edu/alumni/default.aspx?cid=8496&pid=2811

To learn what Casey is doing these days, go to:http://www.nextstepbasketball.com/ 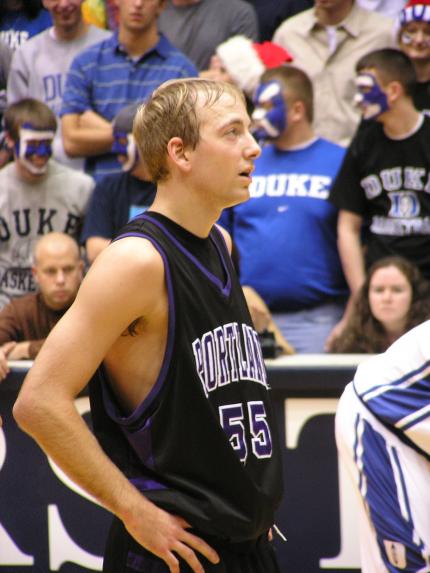 I forgot about the 28 points against Duke. How many players can point to that?

According to Rev's latest Tweets, Adam Quick and Pooh Jeter are IN for the alumni game on June 23. Alright, Game On!!

Don't forget to set your reminder feature for the UP Mens Basketball Alumni game on Saturday June 23 @ noon in the Chiles Center -- I think you'll recognize a few faces, if not their games.

I know Pooh, Adam, Casey, and the rest of the boys are primed AND pumped! 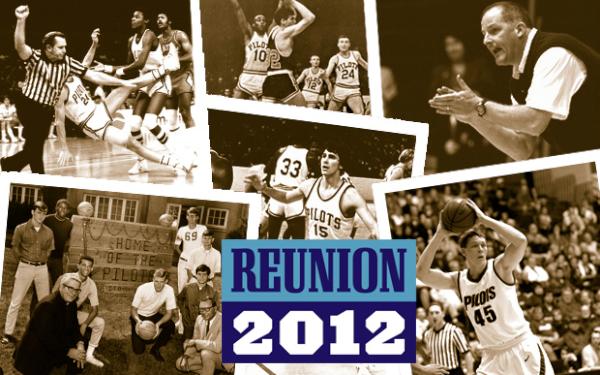 The Mens Basketball coaching staff has asked that I pass on the following information so there are no "secondary" violations this coming weekend, or at at any time for that matter. I won't comment on the NCAA rules, I'm just the messenger!

I wanted to take a moment to also clarify for you something that might come up over the weekend and ask that you pass it along to your fellow supporters. Since the new student-athletes will not yet be enrolled, the NCAA deems them prospects (Reinfelds, Pressley, Ehlers & Ahern). What this means is that we cannot have arranged contact with them and member's of our athletic interest (namely alumni or supporters of the program). I bring this up because they might be around this weekend (including at the alumni game) and it would be considered a violation for them to have contact with you or any other supporters of the program. We will do our best not to put anyone in an awkward position but I just wanted to give you the heads up and ask that you pass word along should you have the opportunity to do so.

So if I want their autographs I need to send the kids in to grab them for me?

mattywizz wrote:So if I want their autographs I need to send the kids in to grab them for me?

Like I said, I'm just the messenger. Anyway, airfare from La Crosse to PDX, even if it's just for two kids, is prohibitive. Wait until the end of June when the "prospects" are enrolled in summer school and have become Pilots, then you can fly out to PDX on your own.

Tweeted by Coach Rev a few hours ago:

Just heard that of the 16 players that have graduated from UP in the last 6 years, 13 of them will be here for our alumni game on Sat. Nice

Look who's in town for the Alumni Game Saturday at noon. I'm now told the game will be in HOWARD HALL!

No, that's not Batman with Robin, it's our "grown-UP," Taishi! 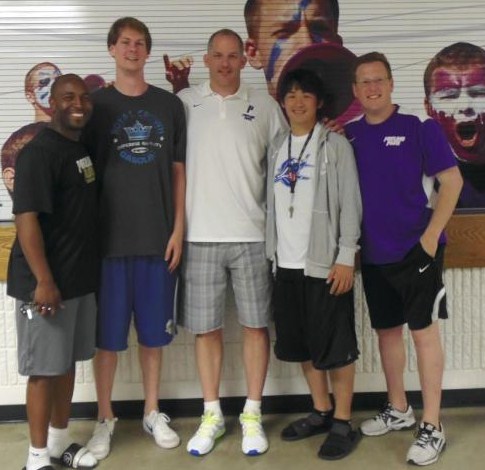 DoubleDipper wrote:Look who's in town for the Alumni Game Saturday at noon. I'm now told the game will be in HOWARD HALL!

Are the upper bleachers still closed, or can we make them bounce again?

up7587 wrote:Are the upper bleachers still closed, or can we make them bounce again?

Yes, they were closed!!

Said something about signing a waiver if I wanted to sit there. Was told the upper level could not be evacuated quickly enough in the event of fire. Hmmm, I'm guessing fires must have been slower when I was a student.

So, as it turns out, the only one of our four "prospects" that was in Portland during the reunion weekend was Oskars, as the other three were enroute from their homes to begin summer school tomorrow.

To avoid running into any boosters/fans and bringing down the NCAA's wrath, Oskars was holed-up in the Marriott until after the alumni basketball game was over.

Learned a couple of things at yesterday's game. 1) Just as most of us don't pronounce the last S in Arkansas, we also do not pronounce the last S in Oskars. 2) Just as we were to avoid having any contact with the "prospects" at the alumni game, we are to avoid contact until they are "full-time" students in late August; apparently being enrolled in summer school does not count as finally being in school.

I doubt any of us ever thought we would have contact with the new guys, or had any plans to do so, but now we know the rules.

Really good to see the basketball alums yesterday, going as far back as Mickey Toner ('65) to as far forward as Eric Waterford ('12). I think I counted at least 12 of Rev's guys in the game, but there were plenty of others too, I'd guess about 30 in all.

Players of the game: probably Sherrard Watson '08, Dustin Geddis '04, and Jaconn Hannibal '11, but I'm sure I'd get an argument from all of the others.

The game made me realize what a great backcourt we had with Donald Wilson '06, Pooh Jeter '06, and Darren Cooper '07. It was also a great reminder of how the Pilots could have finished the season and advanced in the tournament in 2010 had Nik Raivio not been injured toward the end of his senior year. (Would loved to have seen dad and son Raivio playing together, but Rick '80 was at a sporting event with his daughter, according to Nik '10.)

A few notes: 1) All four of our 2011 grads were in tip-top shape after a year of pro ball in Europe. 2) Taishi Ito '10 is now much stronger and more physical after two years as a pro in Japan. 3) Darren Cooper appeared to be having about as much fun as you can have on a basketball court, but is still awaiting a call from his agent about any sort of deal for next year. 4) The pro-signing streak should remain alive: Nemanja Mitrovic '12 was in Europe working-out with a couple of teams and will sign with someone within the next 60 days, and Eric Waterford is awaiting word from his agent, but expects to sign with a team in Mexico before too long.

Oh, and finally, Adam Quick '04 has three month old twins (both in attendance), and Donald Wilson's 10 month old daughter likes me a lot more than she likes Pooh.

You may have seen this picture elsewhere, a number of former players have tweeted it, but it shows a group of guys who are wonderful gentlemen with a strong bond and a terrific education. Collectively, I think their greatest asset is their willingness to reach out to others and to help others achieve their goals in life; probably a gift they had when they came to UP, but a gift that was enhanced and strengthened at UP. 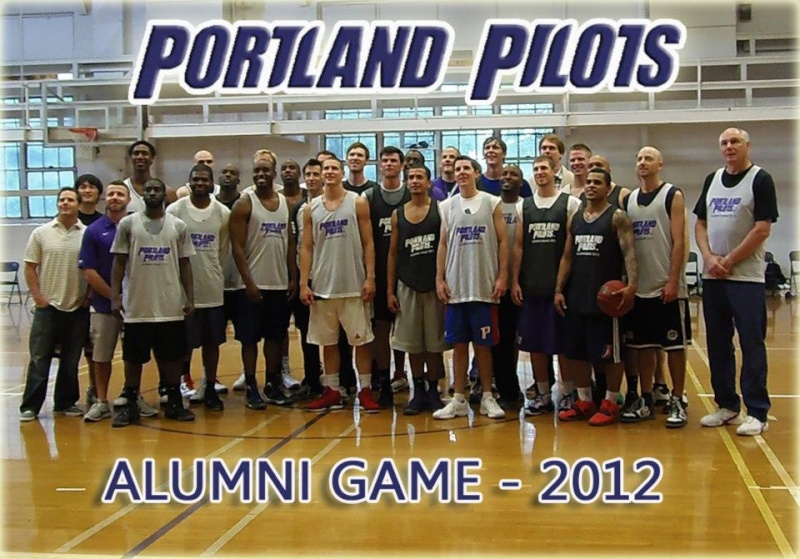 Oh, btw, it was great fun yelling at the referees during this game about their calls, non-calls, and lack of hustle.

Game was ref'd by Coaches Reveno and Wolf.

Great picture . . . thanks for posting.

Hope everyone had a chance to see the latest alumni game this last Saturday as part of Reunion Weekend....it was probably the most fun game to date.

BTW, the "Mickey" referred in the video is Mickey Toner, Class of 1966, sinking a long one from the corner.