I may be a fan of sports but I am in true awe and admiration of those that sacrifice and serve in our military forces.
To those that have served or currently serve, to those that have lost loved ones keeping our country safe I salute you. Thank you for protecting our liberties and freedom.

oldtimer wrote:I may be a fan of sports but I am in true awe and admiration of those that sacrifice and serve in our military forces.
To those that have served or currently serve, to those that have lost loved ones keeping our country safe I salute you. Thank you for protecting our liberties and freedom.

Each and every day of the year should be Memorial Day in this great country of ours. Without the willing, often unnoticed, sacrifices made by the men and women of the United States Armed Services throughout the world every day, we would not enjoy so many comforts, such great opportunities, and yes, even the freedom to post on PilotNation.net. 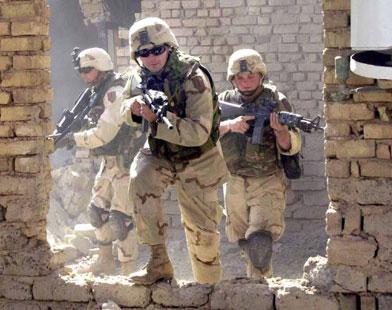 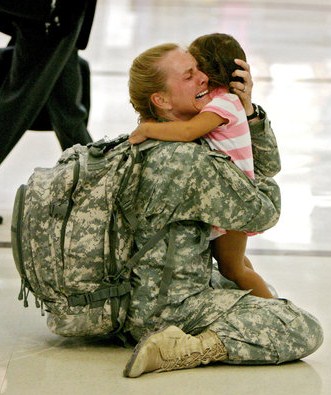 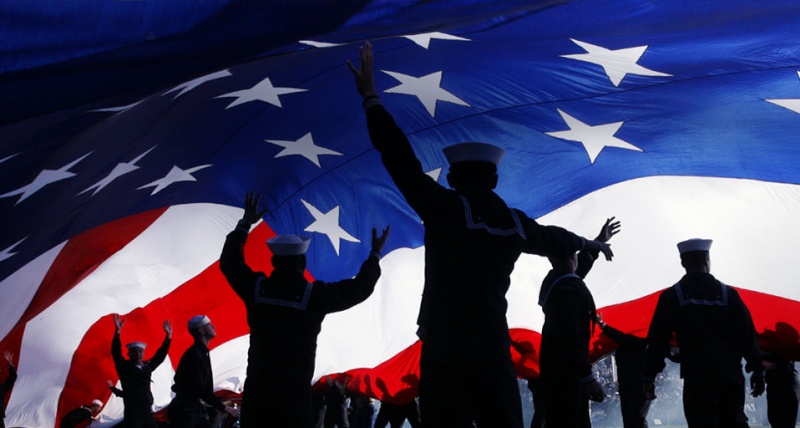 Memorial Day is not a day to celebrate, mourn, or even grieve, it is a day to remember those who have given their lives for our great country.

I remember Captain Dick Mallon, UP Class of 1964.

Dick was piloting an F-105G Wild Weasel with electronic warfare officer Captain Bob Panek in his back seat on January 28, 1970 when, during an attack on a surface-to-air missile (SAM) site, they were shot down by a Soviet MiG-21 flown by a North Vietnamese pilot.

Dick and Bob were seen ejecting and landing safely in an enemy controlled area about 20 miles northeast of Mu Gia Pass on the mountainous border between North Vietnam and Laos, but after numerous unsuccessful search and rescue attempts, they were never seen again.  During the rescue attempt, Major Holly G. Bell, Captain Len Leeser, SSgt. Bill Shine, MSgt. Bill Sutton, SMSgt. Bill Pruett, and SSgt. Greg Anderson were killed when their Air Force HH-53B rescue helicopter was turned into an exploding fire ball when shot down by another MiG-21.

Almost 19 years later the Vietnamese returned several sets of remains to U.S. control. The remains of Capt. Dick Mallon, Capt. Bob Panek, and Major Holly Bell were among those remains. The others shot down in the helicopter that day are still missing, presumed killed in action (KIA). 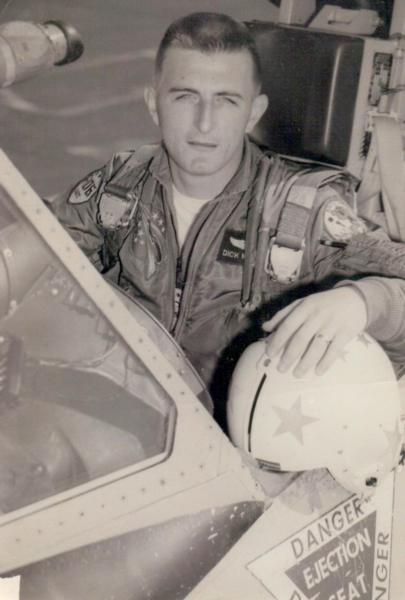 Captain Dick Mallon is buried in Willamette National Cemetery, but his memory is still alive!

On this Memorial Day, I remember former UP classmate, Jim Berge.  Jim graduated from UP in 1966, married fellow UP graduate and nurse, Laurie Wahl, in July 1967, shipped off to Vietnam in August, 1967, and was mortally wounded on January 23rd, 1968, 10 days after his 24th birthday.

Jim was an infantry intelligence specialist with the US Army 12th Infantry Davison at a Fire Support Base (FSB) near Ben Het in the Central Highlands of Vietnam just prior to the beginning of the infamous North Vietnamese Tet Offensive that consisted of simultaneous attacks by some 85,000 enemy combatants throughout South Vietnam. During one month off intense fighting, approximately 50,000 of those enemy soldiers were either killed, wounded or captured, while 543 Americans were killed and 2,547 were wounded during one week alone, February 11-17, 1968…the highest US casualty number for any one week period during the war.

During the offensive in which Jim was killed, two entire companies of US soldiers were ambushed while on patrol by a far superior number of enemy soldiers, and while retreating to the FSB continued to suffer numerous casualties from intense fire from rockets and recoilless rifles.  As the retreating soldiers reached the FSB an intense enemy mortar barrage was opened up against the base.  The withering enemy fire poured in on top of the bunkers causing several more casualties and secondary explosions from which numerous fires raged, setting crates of ammunition on fire and threatening to detonate over 2000 mortar rounds stored on the base.

With no water or other firefighting equipment on the hilltop, and under constant enemy attack, US soldiers scrambled to put out the fires by shoveling dirt on the burning crates. All the fires were extinguished after about 45 minutes and the attacking enemy soldiers were eventually repulsed, but during the bombardment and firefighting, seven brave Americans died, including UP graduate Jim Berge, Hillaire Andry, Jr., Jim Buchner, Ronnie Eskew, John Lobsinger, Don MacIntosh, and Joe McKinney.

Jim’s widow, Laurie, eventually remarried and is a grandmother living in California, and still a friend to this day.

Jim is buried in Gethsemani Catholic Cemetery in Happy Valley, Oregon, but his memory is alive in the hearts and minds of many of his classmates from UP....

(Jim and the other six American soldiers killed that day on the FSB were just seven of 16,592 Americans killed and 87,388 wounded in one year, 1968, while fighting in Vietnam.) 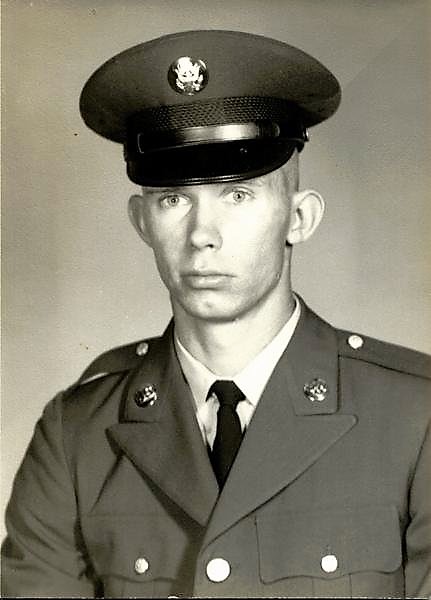 Thanks for sharing the stories of those 2 UP heroes DD, it's much appreciated. As a grateful nation we remember all those who sacrificed life or limb for our country and for all those now presently serving. Your story about Jim Berge reminded me of my high school classmate Capt. Bert Dacey (St. Peters Boys HS, Staten Island, NY, Class of 1961). Bert was a helicopter pilot shot down during the Tet Offensive while attempting to evacuate ground troops during a ferocious battle. RIP Bert.

Small world. I drank a few beers with Lieutenant “Bertie” Dacey at a base camp near Xuan Loc, South Vietnam after flying with him in his OH-6A light observation helicopter (LOH) near the Cambodian border in March 1969.  A week later I flew escort/air cover for him as together we called in airstrikes while he marked the position of an enemy machine gun that was firing at American troops.

Just one month later, on April 27, 1969, now Captain Bert Dacey, a much respected Armored Reconnaissance Unit Commander, died under heroic circumstances as he distinguished himself by his valorous actions while flying a reconnaissance mission seven miles southwest of Quan Loi in Tay Ninh Province. An Infantry company was pinned down by a North Vietnamese force, and another helicopter had proceeded to the conflict area but was shot down. Captain Dacey immediately flew to the battle site and began making low passes over the hostile force, marking them for air strikes. On his seventh pass, his aircraft was struck by a burst of machine gun fire and crashed in flames, killing him instantly.  Also killed, along with Captain Dacey, was his gunner/crew chief, Specialist 4 Lorne Sipperley.

For Bertie’s display of the highest traditions of military service, his extraordinary heroism, and his devotion to duty that ultimately cost him his life, he was awarded the Army Distinguished Service Cross, second only in order of precedence to the Medal of Honor.

Thanks for the below tree-top level ride almost 50 years ago, Bertie, it was a great introduction to combat flying in Vietnam. And Shadrach, thanks for reminding me of a young man I knew a long time ago….especially on Memorial Day.

EDIT: I just learned from a Vietnam Vet LOH pilot that when they recovered the bodies of Dacey and Sipperley, they had no idea who Sipperley was because he'd already signed-out of his unit and was supposed to be on his way home to the States. Instead, Sipperley made the split-second decision to fly with Dacey to rescue some guys in "deep sh**, and in desperate need of help."

DD, this is more than amazing. That was "my" Bert Dacey you wrote about. I went back and checked my HS files and Bert died on 4/27/69 as you state. I went from memory when I posted he had died during the Tet Offensive. I was wrong. On the 46th anniversary of Bert's death (4/27/15) 30 of his HS classmates, along with his sister who still resides on Staten Island, established the Bert Dacey Memorial Scholarship fund at St. Peter's HS and dedicated a viewing area in the school library in his memory. I will post more about Bert later but for now I am both humbled and amazed at your encounter with him in Vietnam. Based on my time with Bert in high school it was incredible to learn he became such a brave hero, fearless warrior, and skilled helicopter pilot. He was the only member of my HS class to die in Vietnam although many served there. RIP Bert and thanks for answering the call to duty!

This thread is incredible.

Agreed.  DD, was your action with Lt. Dacey anything to do with this story I found via Google about a sortie in the Michelin rubber plantation?

Agreed.  DD, was your action with Lt. Dacey anything to do with this story I found via Google about a sortie in the Michelin rubber plantation?

I'm more than happy to continue this conversation as long as anyone has inputs/questions....recruiting for 2018 is over and the basketball season doesn't begin until November 6 against Antelope Valley in an exhibition.

It's certainly possible that I flew in support of Bert Dacey near the Michelin plantations, as it's no coincidence that I've been running Michelin tires on all my cars since 1971....seriously!

Good digging and finding that article about the pink teams, btw.

1. A pink team is a hunter-killer team consisting of one or two LOHs (whites) and one or two Cobra gunships (reds)....and you don't have to be an art major to know that red and white make pink.  The white is generally at tree-top level, often opening the jungle canopy with the down wash from his rotor, and upon spotting the enemy a marking grenade is thrown from the LOH and the Cobra rolls in on the target with an array of weapons. (Just to add to the color wheel, when you had pink teams supporting Hueys inserting infantry (blues), you now had a mixture of red, white, and blue...a purple team!)

2. On my first Vietnam tour I was flying the OV-10 as an Air Force Forward Air Controller (FAC) in support of the First Cavalry Davison (Airmobile), and in that role we FACs often supported the pink teams from above with our 4 M60 machine guns and as many as 56 rockets....so it's certainly possible that I flew an op with Bert on more than one occasion, but his unit generally did not fly with the First Cav.

3. We rarely knew the names of the Army pilots we supported (and on occasion rescued) unless we'd actually flown with them in their helicopters. (Many of we FACs often flew in the front seat of the Cobra while firing the 40mm "Chunker" at the enemy or in the back of the LOH while manning one the the M60s poking out the side door).

I hadn't thought of Bert Dacey until about 4 years ago, but after President Obama directed the service chiefs to look at all the medal citations from the Vietnam war to determine if some should be upgraded, Bert's name came out on the list to be awarded the Distinguished Service Cross.  Recognizing his name, I checked my log book and determined I'd flown in his LOH, and it's the only reason I was able to respond to Shadrach's mention of him.  So it's possible I supported Bert Dacey around the rubber trees without knowing it as there were rubber plantations all over the areas that both he and I were assigned. From the air the plantations were easy to spot because of all the neat rows of trees and the red tiled roofs on many of the Michelin plantation headquarters.

I have lots of pictures from that era, but most would not translate well to the digital world, but here's an artist rendition of a pink team, picture of an Air Force OV-10 firing rockets, and from my personal file, a picture of some of the guys we supported. 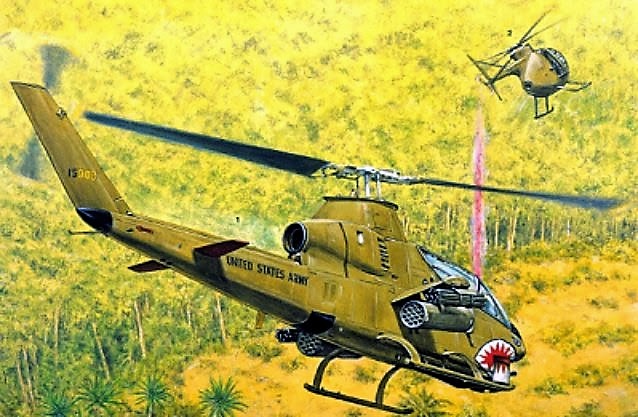 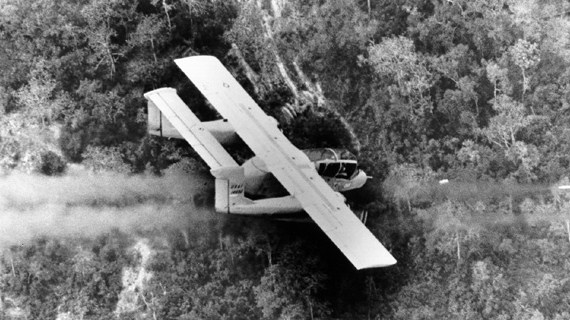 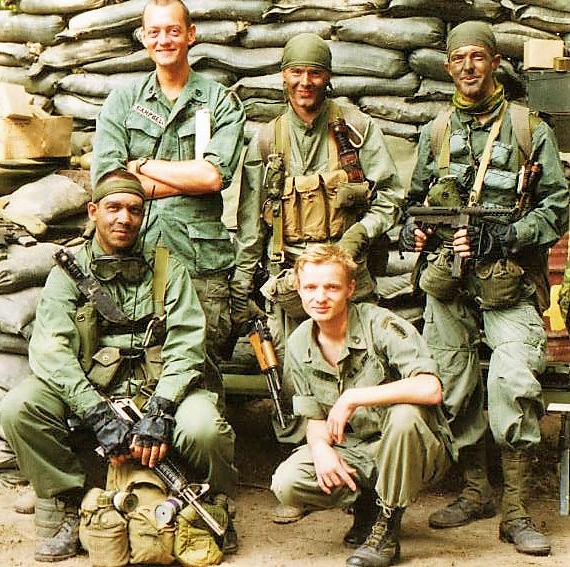 LRRPs, Long Range Reconnaissance Patrol...all Army Rangers! (You might also notice a lot of non-standard equipment the LRRPs like to carry.)