After Friday’s loss to SJSU, the Pilots’ NET has dropped 18 spots to 270, putting them last in the WCC, 3 lower than Pacific, and KenPom dropped them from 291 to 306…buried in last place.

MSU's NET is an impressive 126, fourth in the Big Sky, and they are rated 163 by KenPom.
Most pundits have the Bobcats winning this game by as many as 14 to 16 points, with KenPom predicting a 78-66 victory for MSU.

UP lost the first meeting between these two teams in San Antonio on the first day of the Incarnate Word Tournament, 69-66, when MSU’s Abdul Mohamed went off for 25 points.  Seniors Mohamed, Xavier Bishop, and Amin Adamu have collectively scored almost 50% of MSU’s points over the last five games.

Once again UP will be facing a well-rested opponent in MSU.  The Bobcats will have had 8 days off since beating St. Thomas on the road, and UP, having lost on Friday night, will travel with a long layover for a connecting flight on Saturday, getting into Boseman too late for a shootaround before playing the 1pm (PST) game on Sunday.

Pls remind me again - is there. a way to watch live stream free?
The announcers on last night’s game nailed it. Can’t cover open shooter, might as well take an early shower.

Snus Junction wrote:Pls remind me again - is there. a way to watch live stream free?

Pilots schedule is usually a good place to start!

Snus Junction wrote:Pls remind me again - is there. a way to watch live stream free?

This game is NOT free...ESPN+ is a subscription-based streaming app. 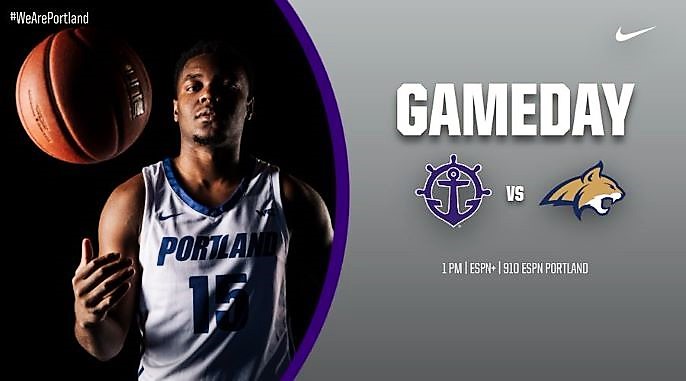 Well that one hurts.

Dean Murdoch wrote:Well that one hurts.

Except that it was a heartbreaker.

Compared to the SJSU game, I thought the Pilots played well...but too many fouls and turnovers in the second half started the slide...

How was Sjolund’s look at the buzzer?

I thought the game ended on the Adamu bucket and I threw my phone through a window. Didn’t realize the Pilots had one last shot after that.

I thought the game ended on the Adamu bucket and I threw my phone through a window. Didn’t realize the Pilots had one last shot after that.

Not horrible, but it airballed.

Apparently coach was screaming at the officials for contact and a foul, but didn't get it.

I was walking in the rain and watching on my phone, so I couldn't tell who was involved, but it looked like whomever set the screen for Sjolund might have been fouled.  It was probably part of the plan coming out of the timeout, because with 0.8 seconds to go, there wasn't much chance of getting a good shot off.

No ESPN+ availability here, so tip of the hat to Swygard who called the game for 910 from his home studio. Got to be tough to call the game from a monitor but he did a fine job.