Since the world is ending and we aren't having a tournament, we need something else to bet on!

This year's challenge is to pick the date that it's announced that Terry Porter is no longer the Coach of the Portland Pilots. As a tie breaker, you can pick whether it's announced as a firing, retirement, or mutual parting of the ways.

I'm going with March 16 as a mutual parting of the ways.

This was my idea btw

blacksheep wrote:I'm going with March 16 as a mutual parting of the ways.

You didn't state which year! 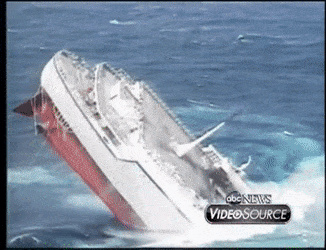 I sure hope you are wrong

blacksheep wrote:I'm going with March 16 as a mutual parting of the ways.

You didn't state which year!

Spend more time with his family

Transitioning to a new position as Assistant Director of Athletics for Community Relations. March 18 2020.

NoPoNeighbor wrote:Transitioning to a new position as Assistant Director of Athletics for Community Relations. March 18 2020.

When I first read this proposal on PN some weeks ago I thought it could be the perfect fit for TP...and as the UP Vice-President for Marketing & Communications is a former long-time Blazer employee and is well acquainted with Coach Porter, it could be a perfect fit.

Today the UP staff is doing all they can to help students scurrying from campus, but things should die down somewhat next week, and maybe that meeting will take place.

This article has several hypothetical brackets. In almost all of them, the WCC has two teams seeded higher or as high as the Pac-12 champion.
https://www.msn.com/miss-filling-out-a-march-madness-bracket-heres-what-the-field-of-68-could-have-looked-like/

March 18
Mutual agreement for the best interests of the program.

Tell the man what he’s won!

Tell the man what he’s won!

Normally, Pilotnut would buy him a bucket of beer, but I haven't seem him in Vegas for a few years.

I'd step up and buy it, but the last time I bought drinks in Vegas for Woodless! it didn't end well for him

Do you still win if Porter goes from worst to first next year and gets a contract extension?