U of O played the Best team on the planet today 93-86  on 30 points from Ionescu and another 25 from Sabally. They shot 50% for the night and out rebounded the Nats.
Nobody has been able to do that in 20 years, though at least 4 top 10 teams have tried this year alone.

I pity the rest of the NCAA this year. Kelly is a hell of a coach. How does this work...do they swap rosters?

Quite the accomplishment by the Duck's women's squad. For most games, that might be a good resolution--captains pick from the players on each roster.

Kelly Grraves is not only a good coach, but he is one hell of a recruiter. Ducks are on a whole different level, obviously.

Seemed like a good place to post this UP-video honoring 2022 National Girls and Women in Sports Day...

Lucy Cochrane makes most of Land of Opportunity...

The 6-foot-6-inch Australian led the nation in blocked shots this season with 3.93 rejections per game.

Maisie Burnham: "Our defense really relies a lot on Lucy being there to contest shots. She’s a player with all sorts of tricks. I love playing with her because of her aura. She’s just so calm and relaxed even in situations that could be intense. Lucy’s just going to sit back, play her game, and she does what she does.” 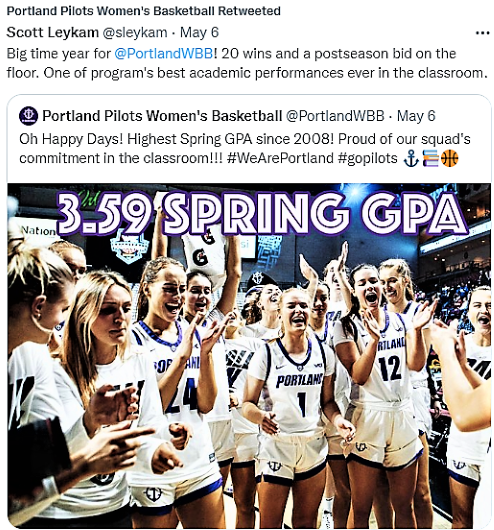 Walk-on Camryn Collman from La Grande has transferred to Idaho St. and will have four years of eligibility remaining after redshirting this past season.

Camryn spent a lot of time practicing with and against the "varsity" this past season and her experience earned her a scholarship to Pocatello...

"University of Portland Athletics is grateful for the possibility of being the host institution for the NCAA Women's Final Four at Moda Center," University of Portland Vice President of Athletics Scott Leykam said. "With the success of all the women's basketball programs here in the state of Oregon, it would be a true honor to host one of the most prestigious championship events in sports. We would like to thank Sport Oregon, the Rose Quarter and Travel Portland for bringing us one step closer to making this a reality, and we are ecstatic about having the opportunity to expand the Portland Pilots Athletics brand."

Thoguhts for the aspiring coach, some of which are free:

Have any of you been following the Portland Pilots on twitter lately?

They have been celebrating 50 Pilot women on the 50th anniversary of Title IX...and it has been a veritable memory lane of female student-athletes at UP.

Today's feature was on CB, Cassandra Brown (who has her own thread on Pilot Nation, btw).

Watching the tape of her winning the 3-pt shooting contest as part of the NCAA Championship seven years ago still has me yelling and cheering her on even after watching it at least 50 times before...

CB has been playing professionally in Europe, but last I heard she was playing in Australia for Mount Gambier.  Maybe Adam can fill us in...

Dont know her or Mt Gambier in detail (other side of the country), but can offer broad league level context to how she is going... just uner 22 ppg and 9 rpg for Mt Gambier in the NBL1 South conference.

At the top level in Aus is the Womens National Basketball League (WNBL) which has the cream of Australian players and an import quality of WNBA talent. As an example, when Emma was on the Perth Lynx squad their US import was Ariel Atkins. This year the Lynx had Jackie Young, Marina Mayberry and Sami Whitcomb.

Under WNBL the next level is NBL1 that Cassie plays. Semi-pro and has several different 'conferences' across the country. Over here is Western Australia is NBL1 West (go figure), but the NBL1 South would be considered the strongest NBL1 conference as it is around the state of Victoria which dominates in basketball talent in Australia.

The NBL1 teams normally have a majority of unpaid local players, some with a couple of moderately paid local players and one or two international imports at around a high NCAA D1 talent level but not WNBA calibre level.

Maddie Muhlheim Nominated for NCAA Woman of the Year

Maddie Muhlheim Nominated for NCAA Woman of the Year...and why not?

Muhlheim has excelled both athletically and academically during her time with the Pilots. Finishing her career this past season with the Pilots, Muhlheim ended her five years as the all-time leader in three-pointers made with 274. She also played more games than any Pilot with 143 appearances. The Portland native finished third in program history in minutes played (3,737), fourth in games started (108) and 11th in steals (197). She became the 30th Pilot to record 1,000 points for their career, doing so in Portland's 76-71 overtime win over the Santa Clara Broncos on Jan. 22.

Off the court, Muhlheim has been a top-flight student. She graduated in 2021 with an undergraduate degree in accounting with a 3.95 GPA. She graduated this spring with a master's degree in business administration, earning a 4.0 GPA. She was selected to the WCC All-Academic First Team four times in her career, which is the most of any Pilot in program history.

I think this is actually pretty massive! One of only 6 schools in the top 15 academically that also made post season ncaa or wnit! Amazing to balance on court and off court performance so incredibly!

As a related proud dad moment, I know Emma was worried choosing a 'tough' degree in Nursing that she might bring this average down, but killed it with a 3.6!


25 D-1 schools were listed, all but two are mid-majors. ASU and Va. Tech only power conf. schools. Only other schools west of the Rockies are ASU, BSU and CSUN.

Becky Hammond was of course a 3-time All-America at Colorado State, played professionally for 13 years, was until last season an assistant coach with the NBA San Antonio Spurs for 8 seasons, and last year was the head coach of the WNBA Champion Las Vegas Aces...while raising two young sons. 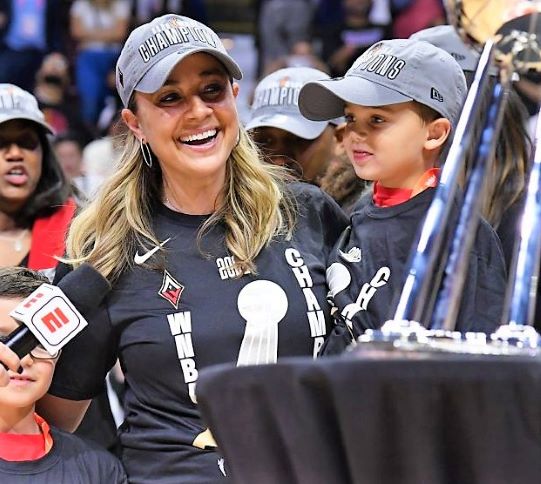 We can all vote for our favorite for this award...but we must vote for all 5 individual positions to do so...and we can only vote once a day!!

The way this award is set up, it would appear to be more of a popularity contest or a check to see which school has the most fans voting. 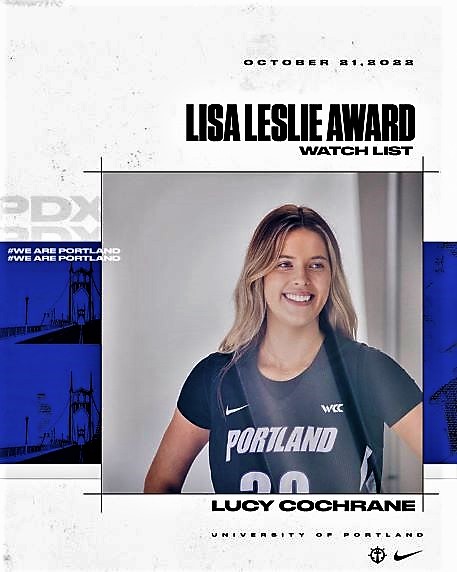