Today at noon Pacific is the second leg final of the Copa Libertadores with the two biggest Argentine teams vying for bragging rights for the next couple of decades. Normally, a match between these teams in called the Superclasico, and seeing one of these matches should be on everybody’s bucket list. There was a Superclasico last month while I was there, and the whole Stadium shakes.

This match dwarfs the import of a normal Superclasico. Bragging rights for the best team in South America is also on the line.
UP’s Villans  sing one of Boca’s songs at UP matches. No doubt new songs will come out of this match.

Boca Juniors and River Plate tied 2-2 in the first round at la Bombonera, Boca’s home stadium. The return match is across town at La Monumental, which is River’s home and also the National Stadium.
In Argentina, matches have been so heated that away fans are barred from the stadiums, so the 40% of Argentines who root for Boca are barred from the match. No word on whether Presidente Mauricio Macri is included. His gig before being President of Argentina was as president of Boca.

To give you an idea of the fervor involved, here’s a short clip of the fans who showed up for a Xeneises TRAINING SESSION on Thursday

The stadium was filled to overcapacity, and the city council has closed the stadium in punishment for braking the safety laws. It doesn’t help that the city council is largely River fans. So right now, if Boca wins, they will have no place to celebrate.

Carlos Tevez has been named the Boca captain for the match in what might be his last match before he retires.

I recommend you watch. Noon today on Fox Deportes. Find a pub if you don’t get the Hispanic package. Directtv will sell you the channel pro rated if you call, so it will only cost you a couple bucks if you cancel after the game.

I don’t know about the other local providers


River fans attacked the Boca team bus on the way to the stadium, reportedly injuring several Boca players including Carlos Tevez. To top it off, the police managed to pepper spray Boca players while trying to disperse the crowd.

Boca announced they will not play. River announced a one hour delay on the PA system in the stadium.
I’m betting the delay is to mobilized the Federal Police for the expected riots when the game is officially called off.

The last time something like this happened at a Libertadores was a couple of years ago when Boca fans pepper sprayed River players during the announcements. Boca forfeited and was banned from the Libertadores for a couple years.

Since it is a Confederation cup, the decision will be COMNEBOL’s, not the AFA or the league’s.

COMNEBOL Supposedly told  Boca they had to play or forfeit.
Their twitter feed says the match will begin at 19:15 BA time, or 2:15 Pacific.

Boca has threatened to take it up with Infantino at FIFA.

And now reports are that COMNEBOL is having another “chat “ about their decision.

This match was on my list today but this is nuts so far. Thanks for the updates, Geez!

Which Villan song do we sing that is from Boca?

Vamos Boca, which I sang in my youth, is Pilotas at Merlo. There are about 50 verses to it.

Here is the official position of COMNEBOL is that the game will go ahead, in the same statement where they say Boca players suffered cuts, corneal abrasions and tear gas effects.

Infantino is siding with COMNEBOL on the FIFA  twitter feed.

The BOCA keeper will not be able to play at all. Tevez was just interviewed and said the team is in no condition to play but COMNEBOL  says they must.

Fernando Gago justo agreed with Tevez in an interview and added that several players have respiratory problems.


He also  complained that no River players have asked about their condition.

Is the rationale to force the game because of riots from River Plate supporters? Because it seems unfair to force Boca to play after their team sustains injuries from supporters and the police.

SouthCarolinaPilot wrote:Is the rationale to force the game because of riots from River Plate supporters? Because it seems unfair to force Boca to play after their team sustains injuries from supporters and the police.

I suspect it’s that and the tv money. The COMNEBOL position is curious, because when the reverse happened a couple years ago Boca was (rightly) punished.

Live stream for the curious (credit to Reddit): https://m.youtube.com/watch?v=-1xif50QMr4

Video from inside the Boca bus: https://streamable.com/ago6h

The Argentine channels are all doing interviews. They just showed a picture of Pablo Pérez , the keeper, with a bandage over his eye.

Those riot police with the PNA logos are the Argentine  National Police, who are brought in in situations where the city cops can’t deal with things. They have first priority in all situations.

Good never comes from them showing up.

Don't let "Bone Spurs" know, he'll order in his military to counter the caravan of players and fans on buses.... 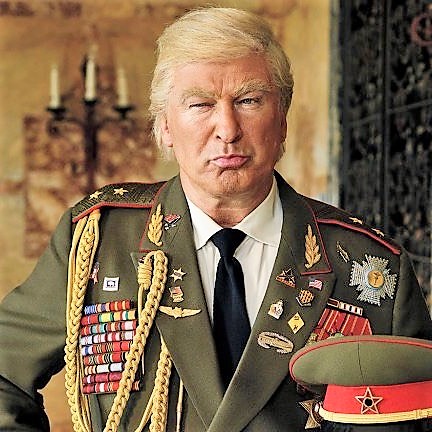 Now, event management is my area of interest, and... Why on earth would you drive a bus covered in “BOCA” and team logos to the match when they know full well the passion of this rivalry? Drive a plain tourist bus through the city an alternate route. I’m sure they know what they are doing and have done this many times before but the bus just baffles me. I know the supporters groups are well connected so I suppose they would be able to find the other bus I suggested if they tried that anyway.

There is no “alternate” route. The bus came on a freeway near the stadium and then on Avenida Libertadores ( a HUGE blvd where parades occur) until just before they tuned into the stadium. That’s where the attack happened.

Flash: now the game is postponed until tomorrow. The PNA and city cops cleared the area with rubber bullets and now fans are leaving the stadium.


My prediction is the match will be played to an empty stadium. Now the talk is that “something must be done” about Argentine football.

For years the clubs have tolerated fan hooliganism.

DD wrote:Don't let "Bone Spurs" know, he'll order in his military to counter the caravan of players and fans on buses....

I’m surprised his orangeness let me back in to the country.

Nice reporting. Would be better without the political comments.

And  COMNEBOL Backed down when both team presidents announced it would be unsafe to play today.

As it stands now, the match is scheduled for noon ( Pacific) tomorrow.

Boca filed an official 15 page petition under FIFA article 18 which concerns equality of competition that the game not be played in the monumental and that River be given the same sanctions Boca received five years ago for a similar incident.

In that case, Boca was banned from the Libertadores for a couple years. And from having home matches for a while after.

Barring that, the two club presidents will meet in Asunción Paraguay at COMNEBOL hq on Tuesday to discuss when and where a match might be played. The current thinking appears to be Abu Dabi on December 8 with the winner remaining in Abu Dabi for the club World Cup that follows.

Next weekend in BA is out as a possibility because police will be occupied with the G20 meeting.

But this is Argentina, so anything can happen.

COMNEBOL will apparently give no penalty to River Plate despite its own statutes on fan violence and fair play.
River is a very powerful club in South America.

Brasil is opposed to this stance, aremonding Comnebol officials that elections are next year.

As to if and when the match will be replayed, Miami, Doha, and Asunción Paraguay, have all been leaked as confirmed sites.


This Morning’s official confirmed site is Real Madrid’s Santiago Bernabeau stadium, which seats 81,000. The statement says that FIFA, COMNEBOL, and the AFA have all signed off.

Boca is filing another protest, but has told its players to be ready to play. And they still say they will take the decision to the Court for Arbitration for Sport, which can take a year for a ruling.

Ticket distribution was announced for the final at the Bernabeau.

5k for River fans
5k for Boca fans
20k for Argentine citizens residing in Spain, regardless who they root for.

The remaining 40k are available to the rest of you folks.


And Boca has filed another appeal, setting up the CAS court case.

The Libertadores is on Fox Deportes, TELe, TELw,  or FuBo live stream.

New record for the number of O’s in gol.

Quite the match! Well worth the time spent watching.