Mid Major Madness is doing one of those stupid bracket voting challenges, pitting mid-major mascots against each other.

Well, our beloved Wally has been giving a #16 seed and is facing #1 seed Willie Wave of Pepperdine. We can't stand for such ignominy!

To make matters worse, Pepperdine shared it on Facebook today and called us "Portland University" instead of "University of Portland." For shame. Did I reprimand those reprobates in the comments? Indeed I did.

Willie the Wave is by and large considered to be the worst and creepiest mascot in all of college sports (including Evergreen State's Geoduck and RISD's... I won't mention that one). Even Pepperdine fans admit Willie sucks.

Reddit wrote:Willie the Wave is widely regarded, even on campus, as one of the creepiest mascots in college sports.

The overall winner of this "contest" was Scrappy the Eagle from No. Texas St. https://www.midmajormadness.com/2017/8/24/16199054/mid-major-madness-mascot-melee-championship-scrappy-magnus-north-texas

I don't know anything about him or the other mascots, but I don't see how BYU's Cosmo can be topped: byu-mascot-dance

At the WCC tourney Cosmo is always a good show.

Cosmo has been making some national headlines this week after his stellar performance with the BYU dance team: https://www.instagram.com/p/BZ8qRSVnht_/

Random story... I once met the guy who is inside Cosmo, and BOY does he think very highly of himself. Clearly he's very talented (actually, I have no idea if it's the same guy), but sheesh... he's just a mascot.

Heck, at different points in my life I have been both the LaSalle Falcon and Wally Pilot, and you don't see me putting on airs.

I gotta admit, I'm pretty jealous of Cosmo's moves....and the company he keeps!

Back in the 50's, 60's, and 70's Wally was pretty limited in his actions, not just by the guy inside the rubber raincoat, but by the amount of beer he and his Upsilon Omega Pi brothers could consume prior to the game.

This picture was taken in the Fall of 1961 during the UP Homecoming Parade in downtown Portland.  The good looking guy with the crew cut is in the UP Athletic HOF, was a Catholic Digest All-America basketball player, and held the 100-meter dash record (10.6 seconds) at UP for 18 years. 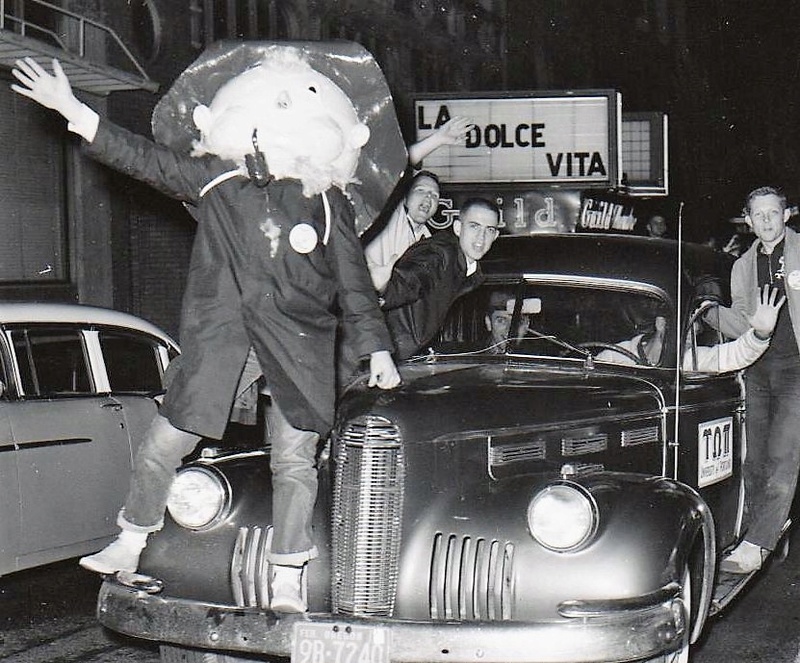 For those who may recognize the hearse, it is a 1940 La Salle....painted purple, of course!

Egotistical or not, that mascot can dance.

Bring back the Hearse.

Sadly, that is not possible.

After attending a number of basketball games in California in the 70's the Upsilon Hearse died in the Medford or Roseburg area on its return trip to UP.  Without sufficient funds to make the costly repairs, including a new engine, the 1940 LaSalle was sold for parts.  Some of those part ended up in the 1940 La Salle that carried Rosa Parks to her funeral at the Greater Grace Temple Church in Detroit in 2005 (at the conclusion of her funeral she was carried in a horse-drawn hearse to her place of burial).

1940 was the last year the La Salle hearse was built (the name and manufacturing was absorbed by Cadillac), and there are apparently no more than 2 or 3 still in existence today.  Six years ago, on the 60th anniversary of Upsilon Omega Pi, I searched around for a '40 La Salle hearse thinking we could buy a piece of nostalgia, but at $325,000, it turns out nostalgia doesn't come cheap.

The Upsilon Hearse in front of West (Waldschmidt) Hall with "stuffed" Wally during homecoming week in the 60's: 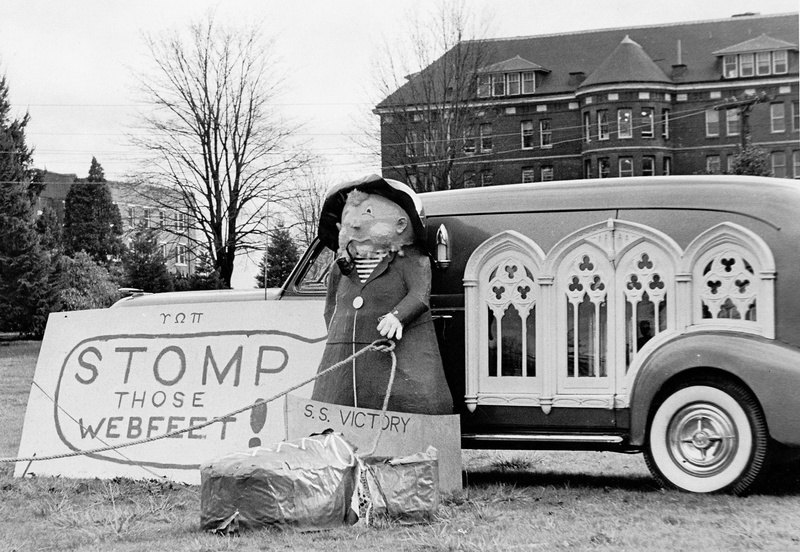 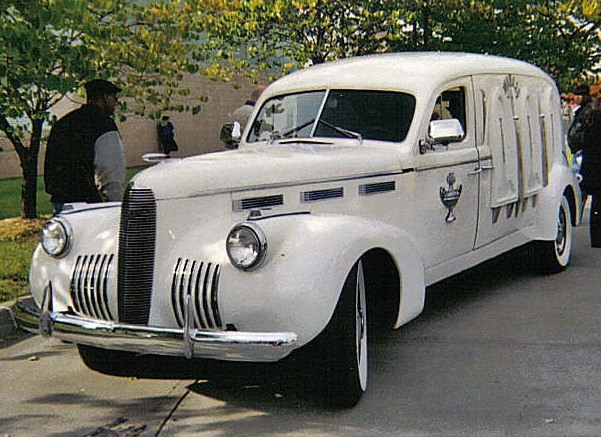