ejjqb wrote:It sure would be great to see lots of folks supporting the ladies tonight as they go for their third win in a row.  The weather will be so much better than their last game so no excuses.

On the way, but as it is a school/work night there may just be a lot of old-timers at the game. 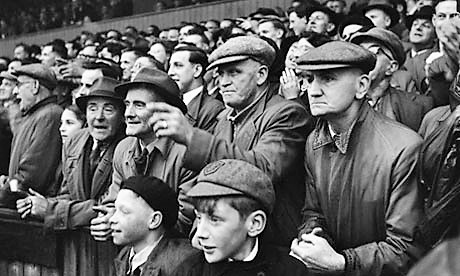 Staying up late and watching from my couch in SC. I love all of our sports being streamed for free online!

Well, the Pilots created plenty of scoring opportunities....very disappointing to come away with ZERO on the board.

DoubleDipper wrote:Well, the Pilots created plenty of scoring opportunities....very disappointing to come away with ZERO on the board.

And last night against BYU too, but I did think the Pilots played much better than they had done to this point in the season.

Frustrating not to see the ball in the net....

(The consensus among the fans and staff was the ref blew it Thursday when he ruled the USD keeper cleared the ball away when it clearly should have been called a goal as the UP kick rolled at least 18 inches over the line before being cleared.)

Since BYU joined the league in 2011, we are 0-7 against them. That's a tough pill to swallow. They have far and away surpassed us at our best sport on and off the field.

This team has improved as the season has progressed. I’m sure the lack of scoring is even more frustrating to them than it is to us. The most promising thing about this team going forward is that despite the season they have had, they have not given up. They have been playing hard and will undoubtedly do so again this Saturday at Pepperdine.

Stonehouse wrote:Kevin White, the field manager for UP athletics, won the 2016 "Field of the Year" national award for his work at Merlo Field. This is awarded by the professional organization for field managers, so it comes from his peers - always the best honor.

Kevin apparently learned very quickly that he wasn't really into the corporate/for-profit world of sales or working in an office and advised UP he was available if they'd like to hire him back.

Don't think he got a raise, but he's back at UP, and when the River Campus fields are completed this coming spring he'll even have an assistant.

Welcome back, Kevin....I hope you realize how much the athletes and coaches appreciate all you do for them.

Happy to have Kevin back!

So the women’s season comes to a close with a thumping by the conference champion. We are tied for last in conference with Gonzaga. I imagine any further discussion might take place in that other thread.

In an all Pac-12 final today, Stanford beat UCLA 3-2 to win their second National Championship (first one was in 2011).

Apparently not much interest in the Orlando area when two West Coast schools are playing....I saw one report that the announced "crowd" of 1,938 seemed closer to half of that.