You wanted a dominating performance on the road? You got it!

Great Road win! With the next 3 at home it is time to turn it up. Clean sheet was more important than the 3 goals.  Need to have this backline performing  to have a run at defending the conference.

UP supporters outnumbered the LMU fans last night, or at least it seemed like it after the Pilots scored the first goal.

I have to agree with CP, the backline and the GK were really important in the win last evening in a game that really could have gone either way before UP scored the second goal.

It seemed like LMU was always taking shots, many more than the Pilots, but the Pilots were playing the control game for which they're becoming known.  There was still emotion and another retaliatory foul by the Pilots resulting in a yellow card, but fortunately it did not affect the outcome this time.

Good on ‘em.
UCLA has played 5 teams in the top25 with no result so far, so their at large is done.


We are on the cusp, since there are 24 at large bids ( atmittedly, several of those will go in as conference champs).

But I expect everyone to be rooting for Pacific in the next match. Which puts the conference championship back in our court.

The Pilots have lost matches even when the run of play was in their favor....tonight was just the opposite due to the stellar play of Paul Cristensen.

I haven't seen the stats yet, but SCU must have taken 3 times the number of shots that UP attempted.

I hope we see a replay of Paul's save late to preserve the 1-0 win.  Live, it appeared he blocked it with the bottom of his spikes!

Last night we got the help we needed too as San Diego lost. We are in sole possession of first place right now. Just keep winning!

SouthCarolinaPilot wrote:Last night we got the help we needed too as San Diego lost. We are in sole possession of first place right now. Just keep winning!

Next week's opponent, once nationally ranked, GU is 0-4 in WCC play.

The RPI drop is concerning for sure but it’s not my focus. At this point, my concern is winning the conference. We have a shot at it and it’s a guaranteed invite to the dance!

SouthCarolinaPilot wrote:The RPI drop is concerning for sure but it’s not my focus.

SCU's last game before UP was a 0-3 loss to San Diego State in which SCU played only their reserves while resting their key players for the match against UP.  That loss to the Aztecs created a situation where UP's 1-0 win over SCU Friday lacked the significance to raise UP's RPI....they are currently #30.

Today's match against #94 USF is against a team that just demolished once ranked, GU, two days ago.  I talked to a few of the players yesterday they are really keyed-up for the last few WCC games, and they are excited to have Jason Romero back in the lineup after his 2 game suspension for what was considered "fighting" against USD.  Hopefully the senior transfer from UCLA has learned the consequences of allowing his temper to cause his team to go a man down with a red card.

Speaking of red cards, a SCU player should have been sent off with two yellow cards Friday, but the ref put the wrong name/number in his book on the first card and later said he couldn't change it when the same player got his second.  Learning more and more about soccer officiating every day that I don't understand.

In the nobody is safe category, SMC leads USD 2-0 at the half.

Not to say we don't have to play a lot better this afternoon.

I turned that game off early. I couldn’t stand to watch the referee just let San Francisco continue to play dangerous soccer with no reprocussions. Men’s college soccer is already near unwatchable due to the physicality but that just made it so much worse.

Geezaldinho wrote:In the nobody is safe category, SMC leads USD 2-0 at the half.

Not to say we don't have to play a lot better this afternoon.

And the Pilots drop their first loss of the season. Agreed with  SouthCarolinaPilot, dear god that physicality.

LMU vs Pacific is in sudden death OT right now, which could change the what-if situations.

Pacific gets the golden goal. So now UOP and USF are on our tails in 2nd with 9 points apiece.

They are only on our tails if you think they will drop a game.

Either of those teams wins out and we are done.
And our RPI is now heading towards the far end of the bubble.
(37 right now)

I saw two things today. A team that knows we don't respond well to physical play, and possibly the worst officiated wcc game in history.

I told the number 4 official that his crew was making history at halftime.

Game changed with the non call of the foul on Benji in the box in the first minute then SF goes down the field and scores. First time coach played around with subs on the back line and it cost as we gave up 3. overall neither team helped the referee out as they were all dropping and screaming rather than playing through. Not to say none were fouls but sometimes you need to play through. Saw both games this weekend and thought we were second best in both.

Chins up, lets get Gonzaga this week. SF still has SD and Pacific, need some help but Conference still there for the boys

Oh good, I was afraid I was the only one thinking that.

The physicality of soccer at this level has gotten way out of hand.  The most obvious calls from previous years were totally ignored in this match.  From my perspective in the front row, the punching, shouldering, and kicking was obvious, so it should have been obvious to the sideline refs (or whatever they are now called), so one has to assume that this kind of behavior is now accepted/expected behavior.

I have to congratulate Coach Carlin-Voight for keeping his cool and not berating the refs or coming down on his players....I wish I could say the same for the USF coach...the first of two coaches I witnessed yesterday who should be counseled by their respective athletic directors for boorish behavior that reflects on the schools they represent. 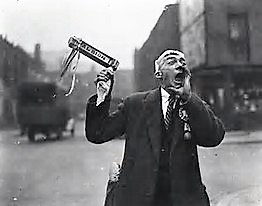 Good, hard fought result on Senior Night against GU tonight...Rey's goal was a real burner and a treat to watch.

Pilots controlled the play of the game for the most part as GU really never got any offense mounted.

Still in first place, but only by a point over USF who have two remaining home games (UOP and LMU), and over UOP by four points, but they have three remaining games (at SMC, at USF, and home to GU) while UP has only one remaining game....next week at SMC.

With USF and UOP having games in hand, UP chances of winning the WCC and getting the automatic bid to the postseason is precarious at best, and their current 33 RPI is apparently just on the bubble.

DoubleDipper wrote:
With USF and UOP having games in hand, UP chances of winning the WCC and getting the automatic bid to the postseason is precarious at best, and their current 33 RPI is apparently just on the bubble.

UOP and St. Mary's drew today, which makes our path much more straightforward. If UOP beats USF, and we beat SMC, we're in. We would end up tied at the top with UOP, and we'd have the tiebreaker.

eProf wrote:UOP and St. Mary's drew today, which makes our path much more straightforward. If UOP beats USF, and we beat SMC, we're in. We would end up tied at the top with UOP, and we'd have the tiebreaker.

Does anyone have any information on Ortiz's injury? I watched the Web feed and they thought it looked like a hamstring, which would probably end his season. That would be a huge miss because he is such a key player. The opposing defenses consistently have to double-team him, which leaves more open space in the middle. And he is very good at beating the double-team to get the ball into that space.

The win last night was great but seemed like the Pilots should have scored more than one goal. A bigger disappointment was the poor showing by the students in the stands. What is their excuse this week for failing to show for their fellow students? Last week for the ladies' final game, they were nearly non-existent. Have the players lost their connection to their classmates this year? In past years, they would have packed the student section for these games. Is there something going on that keeps so many past fans from showing up for even the big games? It can't all be due to Timbers/Thorns. Even long-time regulars seem to have disappeared. It is sad to see. Merlo has clearly lost it's special standing. How many possible recruits have the Pilots lost due to the loss of fans in the stands? That seemed to be a real attraction in the past that does not exist today.

Rey named the WCC Player of the Week for the second time this season:
http://portlandpilots.com/news/2017/11/6/msoc-ortiz-nabs-his-second-wcc-player-of-the-week-honor.aspx

Just so we are all on the same page here. eProf was absolutely correct. We need Pacific to beat San Francisco and then for us to take care of business against St. Mary's.

We currently sit at 13 points, USF at 12, and Pacific at 10. Our maximum point total is 16 with one match remaining against Saint Mary's. USF has a max potential of 18 with two matches remaining: Pacific and LMU. We would lose a tie breaker to USF. Pacific has a maximum of 16 with two matches remaining: USF and Gonzaga. We would win a tie breaker with Pacific.

Pilots lose to Saint Mary's: Pilots 13, Pacific 13 (Pilots win the tiebreaker), and USF 12
- Pacific beats San Francisco and has to lose their last match to Gonzaga. USF has to lose both final matches.


Everything will be more clear after Wednesday. Pacific can do us a huge favor in that game. Otherwise, just win, baby!