I was just watching the NBC news and this report came out regarding a potential tie to non-hodgkin's lymphoma and goalies who spent significant time playing on rubber crumb fields (field turf). Curiously the news clip filmed showed footage of UW players playing at Merlo, but aside from that cameo, it brings up a very concerning reality if the link exists.

UP has that new field, but I think both teams practice on the lawn.
I may be wrong.

The article seems a bit deficient in rigor, at least where many Turf fields are concerned.

The black bits aren't necessarily  ground up tires. They are most times a product called "Nike Grind" which is recycled Nike shoe soles and rubber from shoe manufacturing, the same product that is on player's feet when they play.

That is true for Pru, Lincoln high, Providence Park, and the new field at Concordia.

The recycled product is also in Basketball courts, tracks, and tiles.
The soft mats on the floor of the weight room are also made from Nike Grind.
http://www.nikegrind.com 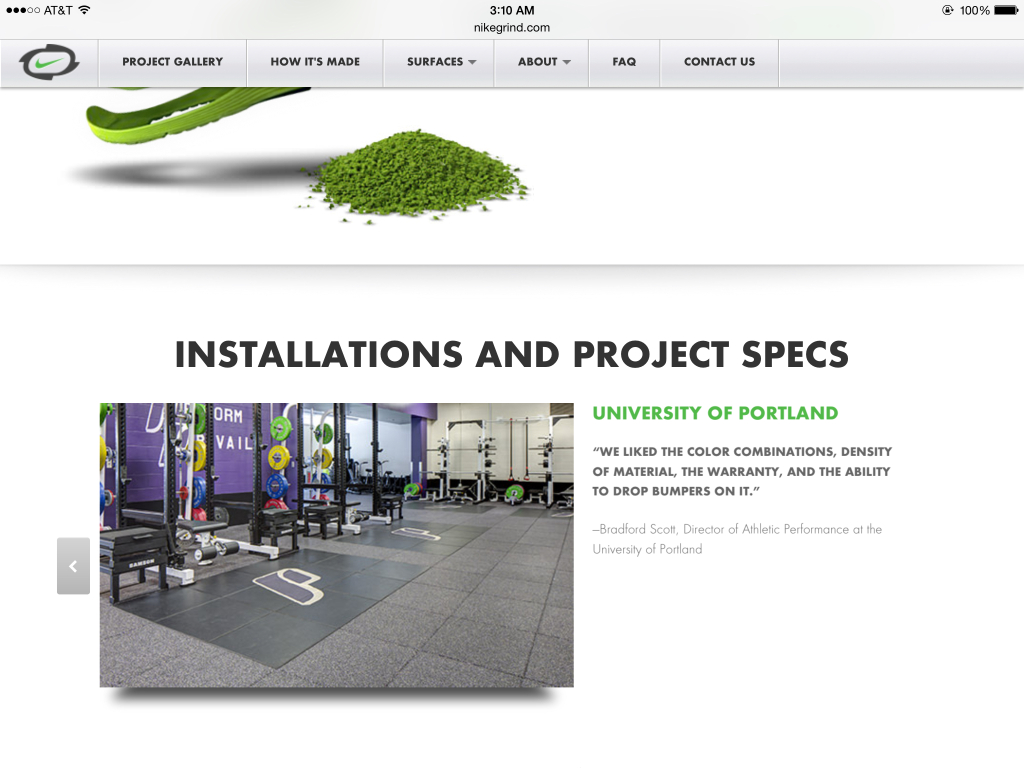 While it may be that there are chemicals released, we should at least recognize what the source is. And it may be that the polypropylene and polyethylene blades of artificial grass are the culprit.  Or maybe it's keeper gloves. Often those products have stuff like BPA as a softening agent or oxygen barrier.  Or it could be games are played too soon after the use of the herbicides that some places use to prevent "Volunteer" grass from growing in it. ( herbicides and pesticides are also used on grass). Articles and studies in medical literature link agricultural chemicals, especially herbicides and pesticides, with lymphoma.

Without knowing, it's kind of like attributing malaria to " Mal Aria" -- bad air.

And both teams do occasionally play on the fields if the grass fields are wet, but not often. Pru is more often used to do training on. I see them early in the week with Terry Favaro.

DaTruRochin, I agree with your comment that "it brings up a very concerning reality if the link exists." As the parent of a goalkeeper, it caught my attention and I would hope someone (a neutral party) commits to doing additional research to confirm or refute.

So Geezer, are you a Nike employee? It's great to see Nike is committed to green and it would be great to see the list of fields that have Nike Grind on them. My suspicion is a lot of the grind fields have ground up tires in them.

keeper wrote:DaTruRochin, I agree with your comment that "it brings up a very concerning reality if the link exists." As the parent of a goalkeeper, it caught my attention and I would hope someone (a neutral party) commits to doing additional research to confirm or refute.

So Geezer, are you a Nike employee? It's great to see Nike is committed to green and it would be great to see the list of fields that have Nike Grind on them. My suspicion is a lot of the grind fields have ground up tires in them.

No, I'm not a Nike employee. I'm not even sure Nike Grind is any safer than tires. Either, I suspect, is anybody else. I THINK  it's safer, but that's a guess just because Nikes don't smell bad when new, like tires do. And tires have known carcinogens in them.

But when an article is based on the premise that the infill on all  Turf fields is rubber from tires, it's ignorance. It's just not true. And it's especially not true with the FieldTurf fields, of which there are many here in the NW. They specify other Infills, including Nike Grind and/ or sand.
Here's a pic from their site. It looks like two or three infills.

And it's ignorant to automatically assume it's the infill that is causing lymphoma without checking to see that it's true. We could just spend a decade getting rid of the rubber only to find out its  BPA or other toxins in the plastic grass itself is the issue. Are there any regulatory restrictions on what is safe?

Some Turf even uses sand infill. ( which has its own issue of giving off radon, if igneous like the bassalt sand you get in Oregon, and shares that issue with natural grass fields that have a sand base like the Merlo pitch.

But lots of  fields don't use it. Are kids on those fields getting sick? Can you show me data that links shoe rubber to lymphoma? Do I need to throw away my Tevas?

Sorry, I'm sure the UW coach is well meaning and all. I want more than

" I have a hunch it's the little black bits", though if she does get people looking at the issue I applaud her.

Are you in the Turf management business? Why are those little flags on the grass field at Merlo when those guys leave? What did they put on it? We know there is a link with chemicals on Golf courses and health issues. I demanded msds sheets from anybody that came near my job sites with chemicals. There are lots of potential heath concerns that need REAL investigation.

And quite possibly, the anecdotal story the coach tell about all the keepers with lymphoma was just a statistical anomaly. Years ago a slew of NY Giants players got different cancers. giants Stadium being in the Meadolands (long the NYC dump and near petrochemical plants)a link with possible pollutants there was suspected. But then the cancers tailed off. So what was the cause?
Maybe some guy was using Benzene to clean toilets for a while. We just don't know.

Or it could be a different source of pollution. The lower Duamish waterway near Starfire in Tukwilla is a still un-remeditated superfund site. Is that a link? Is the fact that it's near highways where pollutants from cars can settle out a cause?  lots of soccer fields there. Keepers spend more time on the ground, but it doesn't mean the black bits are the issue.

I agree what is needed is a comprehensive analysis of what is causing any health issues, not guesswork. That's the way science is done.