I really dislike using the term “must win,” but these next two home games are very important for the Pilots if they are to remain in 6th place or higher in the WCC.

After blowing-out the Pilots in Los Angeles by 14 points 12 days ago, just two days after nearly upsetting Gonzaga, the Lions will come into the Chiles Center brimming with confidence.  Once again, it will depend on which team Coach Sollars is able to bring onto the floor…..the confident, up-tempo 40 minute group, or the turnover and poor shooting prone team that appears to put in just 15 minutes of all-out effort.

If the weather forecasts are correct we may need to follow snow plows the game…..let’s hope the cold affects the Southern California teams more than it does the Pilots fans. 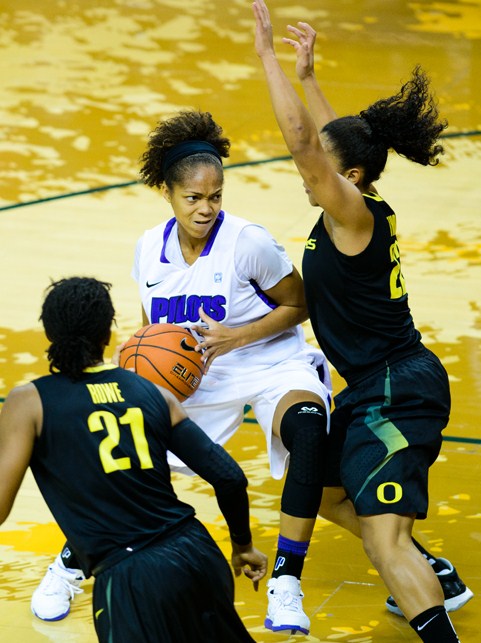 Haha, I'd heard that one of my favorite Pilots was a "Fart in a Skillet."

That is something my father would say.

Campus closing at 4PM, all classes after 4PM are cancelled

Due to inclement weather, the University of Portland is closing at 4PM. All classes scheduled after 4PM are cancelled.

The women’s basketball game at 7PM will be held as scheduled.

Physical Plant custodians (night shift) are not required to come in to work tonight.

An announcement will be made after 5AM tomorrow morning about the status for Friday. Please call 503-943-SNOW (7669) or visit up.edu for information. Local media will also be notified immediately with any announcement about delays and closures.

This game was so bizarre it was almost comical.  In my opinion, the referees in the WCC have taken all the focus off the women playing basketball and have placed it all on themselves……and it’s is NOT pretty, and NOT enjoyable to watch.....the refs are ruining the game!!!

Tonight a total of 56 fouls were called!!  Three Pilots and one Lion fouled out….and in the one of the strangest moves I’ve seen by an overwhelmed, outclassed, and insecure ref, a member of the Portland Pride Pep Band was tossed for his remarks after another ridiculous call by the same ref.  I was a little surprised Coach Sollars wasn’t tossed too as there were so few people in the stands that everything he, and everyone else, shouted was easily heard by the people paid to referee the game.

In the Pilots loss to LMU in LA, the Lions outrebounded UP by 20….tonight UP had 35 rebounds and LMU had 50!! And half (yes, 25) of those rebounds were by one player!  Both teams had 20 turnovers….so, combining that with the number of fouls called made for an UGLY game.

Probably the positive difference for UP in the game was their shooting….except from the free-throw line.  Four Pilots were in double figures, including Kari Luttinen’s 16 on her 21st birthday.

I recently learned the women's games refs make $750 per game.  For that much money for 2 hours work, you would think it would attract more competent people.

It was a good win for the team after losing to LMU in LA recently.

I want a job with that hourly wage, and the ability to have people escorted out that verbally disagree with me!

Looking at tomorrow’s schedule, IF the games go according to form, the Pilots could end up in 5th place in the WCC at the end of the day.  Although the Pilots will have played one more game than UOP, UP currently holds the tie-breaker having beaten the Tigers by 8 in Stockton in the first WCC game of the season.

And, if USD is upset at SCU, the Pilots will be tied with the Toreros for 4th…..UP currently owns that tie-breaker having upset USD by 21 in Portland a month ago.

Women's basketball on for tomorrow at 2 PM with teams and officials already in Portland, but continuing to monitor road/weather conditions.

Wow, wouldn't it be fun to play basketball like we did as kids.....without referees?

Might have more reasonable calls with players calling them.

Nah, my brother was a big cheater, never thought he fouled.

The refs should be one coach from each team and the nun who usually sits on the end of the bench.

That would cut way back on the hand checks. 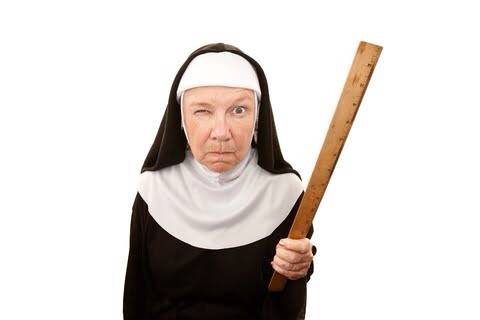 A Nun?  Don't you think the game should be officiated by someone who's played the game? 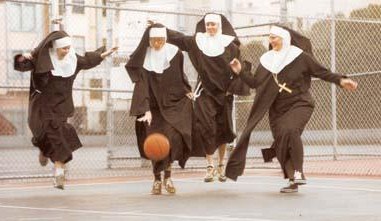 This just in from UP Sports:

WBB: Game on! Pilots host Pepperdine at 2, if you can make it to the Chiles Center you'll be rewarded with pink Voodoo Doughnuts 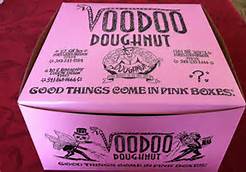 Dang, If only I lived close enough to walk.  Nothing
Like a game and a pink doughnut on a winter's day.

The nuns did a wonderful job refereeing by letting the ladies play, for the most part, while calling only 33 fouls.
The Pilots again couldn’t hit their free-throws, but they scored 40 points in the paint and five Pilots ended up scoring in double figures in a game that was never really close from the beginning.

I was most impressed by the Pilots balanced play and their crisp passing that resulted in 25 assists vs. just 7 turnovers.

Not a bad crowd considering the road conditions.  There were more students than usual….probably looking for something to do besides studying on a snowy and cold Saturday afternoon on campus, but I'm guessing the Voodoo donuts had quite a bit to do with it too.

Two very tough games coming up next: BYU and USD on the road.