Had an email from a former colleague now at the Air Force Academy…..he tells me the Department of Defense has suspended ALL intercollegiate athletics competitions at all three academies, and the suspensions will last as long as the government is shutdown.

He went on to say that upper-class cadets at the USAFA are considered military personnel, which means they would also be subject to DOD travel restrictions under the shutdown.

The Air Force football team was preparing to go to Annapolis for the already sold out game vs. Navy on Saturday.

It's sad that it takes the potential cancellation of this type of event to grab the country's attention... not the other unfortunate effects (furloughs, closures, etc.). (Not intended to be political).

But on a better note…....greeted by metal barricades and signs announcing its closure due to the shutdown of the federal government a group of graying and stooped “elderly” veterans from Mississippi, wearing blue baseball caps, red T-shirts and garlands of red, white and blue flowers, surged forward at the World War II Memorial in DC this morning and the gates came down.

A shout went up from the men and the barricades had been moved — it was unclear by whom.

“I’m not going to enforce the ‘no stopping or standing’ sign for a group of 90 World War II veterans,” said a U.S. Park Police officer, who declined to give his name. “I’m a veteran myself.”

In another sign of “the best civil disobedience we’ve seen in Washington for a long time,” a group of veterans from Puerto Rico moved barricades at the Korean War Memorial in order to lay a wreath.

Finally, men of action in DC.

The lack of Panda Cam was the nail in the coffin for me personally.

Are we talking about some of those games where two academies fly their entire enrollment to take up paying seats in the stands at taxpayer expense that are getting cancelled?

It's enough to make me sympathize with the Tea Party nutcases.

So this game is on my pick'em list this week. There's no clickable option to pick "government shutdown."

Hahhaha well selfishly, the fact that I don't have to deal with a BC game and Sox playoff game on the same day makes things a little easier on the T....

DaTruRochin wrote:Hahhaha well selfishly, the fact that I don't have to deal with a BC game and Sox playoff game on the same day makes things a little easier on the T....

Ah yes, the ‘T;’ thanks for the reminder of some very fun times.  I used to take the exhaust filled Green Line to Fenway back in the ‘80s whenever Oakland was in town to play the Red Sox.

It was always a good atmosphere before the game….even when I wore my A’s cap. 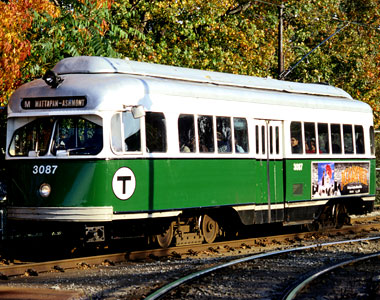 I'm pretty sure they are using the same trains... They just have a whole to more rust, er I mean character now....