So which sport has the toughest athletes?

This guy might just be the toughest guy alive!

I assume you linked a picture of me...or it is a story about the Rugby League player who lost a testicle, but finished out the match before seeking treatment.

In what other sport do you have to crawl 20 miles with 2 broken legs on ice and snow for eight days, hike out on frozen stumps that have to be amputated, or cut your own arm off to survive?

Even I had an experience of climbing down a 400' cliff and hiking out 6 miles with a dislocated shoulder.

My friend says water polo is pretty tough. I have never watched it though. I though equestrian was the hardest in the Olympics?

Hmm, some of the "toughest" athletes I recall seeing are playing in the Lingerie Football League.

For the kids reading here, back in the fifties and early sixties, a good looking girl or something that was really nice, was called "tough." In that era, much like today, a word was often used to describe something that was the opposite of what the word originally meant; i.e., "hot" is "cool." 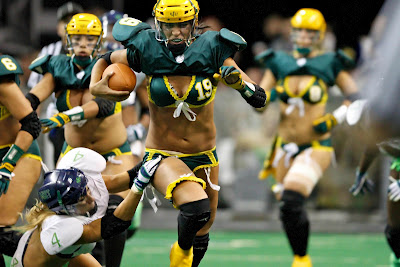 I keep checking back to see if blacksheep has posted his “toughest guy” picture, but it would appear it’s still left to our imagination.

So, while “researching” the ladies from the Lingerie Football League, I learned that with the LFL season coming to a close at the end of October, and with four years to wait until the ladies "suit-up" for beach volleyball at the Olympics, organizers will begin the Bikini Basketball Association in November.

Organizers should probably beware; this girls-in-bikinis-playing-sports idea is not always a sure thing. The Bikini Hockey League only had two teams at last report, and the AVP pro beach volleyball tour essentially closed shop in 2010.

What do you think? If we can get a Bikini Basketball team in Portland, could it be a good way to get the now retired Portland Beavers name back on the sports page? 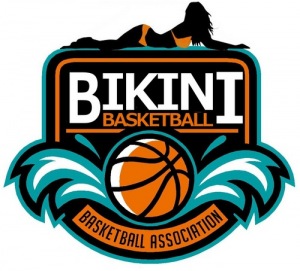 Sheesh. Wander off topic much?

As for toughest athletes, these guys have to rank way up there: 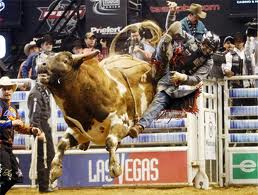 up7587 wrote:Sheesh. Wander off topic much?

Sigh, OK, back on topic.

Today Felix ascended to the edge of space in a pressurized capsule suspended beneath a giant helium balloon, jumped out, and freefell for four minutes and 19 seconds before opening his parachute.

Mr. Baumgartner achieved the fastest ever freefall after reaching a top speed at 834mph (1,137km/h) and broke the sound barrier, according to the mission spokesperson.

The 43-year-old Austrian also broke the record for the highest manned balloon flight after riding with the capsule 24 miles above New Mexico…that’s about 125,000 feet. (I’ve actually been close to 60,000 feet and flown faster than sound in an aircraft, but to be twice that altitude and over Mach 1 in only spacesuit, is unfathomable.

Sorry, I have to go off topic for a moment and say, “I bet he had a nice cold beer after he returned to earth.” 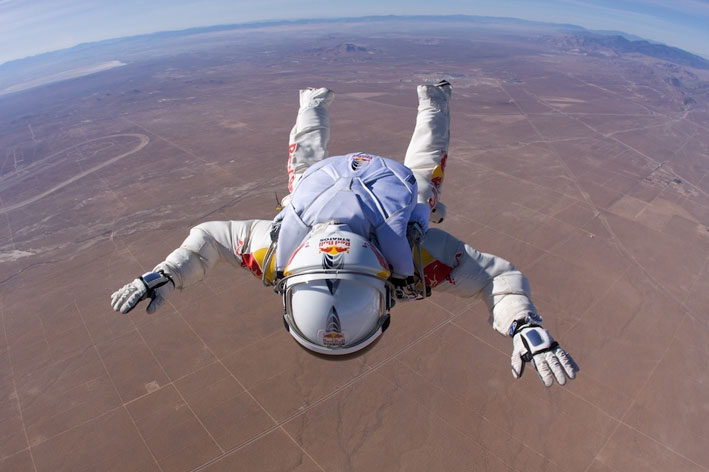 DoubleDipper wrote:Hmm, some of the "toughest" athletes I recall seeing are playing in the Lingerie Football League.

Gone are the garter belts and frilly bows; replaced by "performance wear".......As you can tell by the video, it's now all football!!

Good thing they're wearing the eye black with all those bright camera lights...