From the WCC annual meetings:

Hmmm, there would be room for softball fields on the new River Campus...

Hmmm, there would be room for softball fields on the new River Campus...

You know, on second thought, maybe we should add softball. 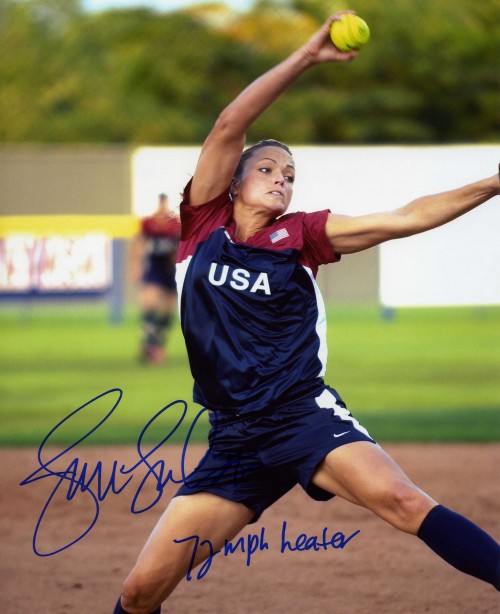 UP should get women's softball. I would watch. Maybe add a men's volleyball team too! We would be competitive in that sport instantly with as few teams as there are out there.

RipCityPilot wrote:UP should get women's softball. I would watch. Maybe add a men's volleyball team too! We would be competitive in that sport instantly with as few teams as there are out there.

Lacrosse. It's the future.

While I do enjoy watching lacrosse (it should be up there with soccer in terms of popularity in my opinion), I think that volleyball would be an easier edition. We already have a great facility and the equipment. We would just need the coaches and players.

Either sport, though, I would support in the end.

Um... We already have volleyball.

Been to any games lately?

RipCityPilot wrote:UP should get women's softball. I would watch. Maybe add a men's volleyball team too! We would be competitive in that sport instantly with as few teams as there are out there.

Though it is the oldest college sport (1852) there are still no scholarships available for men.

The truth is, in that sport the rowing folks don't want the NCAA anywhere near the sport on the men's side.

It is probably just as well. The sport thrives with almost no scandal.( if you don't count the odd "graduate faculty assistant" student crew member.

Come to think of it, I didn't play NCAA Lacrosse or soccer. Those sports were outside the NCAA then . I did fine.


( does that mean I am still eligible? Can anybody think of 12 credits I could take?)

The problem with men's volleyball, while cheap I suppose equipment wise, recruiting would be almost exclusively from California since OR and WA do not support HS mens v-ball. I'd have to agree with Geez that Lacrosse is much more promising (and growing substantially in the PNW...), and selfishly I'd much rather watch it in person than VB....

Volleyball would be bigger in Oregon if you could play it at the beach. But the layers of sweaters required and the ball constantly blowing away in the wind detract from Oregon beach volleyball.

On a more serious note, I am starting to hear about more youth playing lacrosse, which wasn't even an option 10 or 15 years ago.

Lacrosse isn't an up and coming anything. It already has the highest attendance of any NCAA championship event. Look it up.

I vote for softball.

I have to agree with A_Fan about the softball.

However, I am not arguing about the popularity and prominence of lacrosse. It is a very exciting sport to watch! Yes, we do have club lacrosse teams (FYI: there is a club volleyball team with guys on it too) and a prep scene in Oregon. But, you have to look at this from a costs standpoint.

Where is the nearest D-I men's lacrosse team besides Denver (I actually want someone to prove me wrong on this point, please!)? I don't think that there is much of a market for it. Will people, besides ye olde Pilot Nation faithful, go watch men's lacrosse against a bunch of East coast and Midwest schools? Will UP be able to afford to fly the team so far every time they play? Most worthy men's volleyball competition is in California and the East coast, but at least it is in California!

Will UP be able to afford all of the pads, gloves, jerseys, helmets, sticks, shoes, nets, goals, etc? Lacrosse is expensive. Volleyball, on the other hand, has jerseys, shoes, and little else that we do not already have.

Yes, UP has a viable field that already has lacrosse markings on it. Great. But, where will the fans sit?There is no seating around Pru Pitch. We need a scoreboard and press box (or some equivalent) too. We already have a volleyball facility. Granted that we will need to schedule practice time a bit better (ask Pepperdine how they do it).

I think in terms of fans, we would bring the same amount of fans to either event assuming they are at the same competitive level.

I will take any criticism in stride. Like I said, I want to be wrong about this because I would rather watch lacrosse, so please prove me wrong. Unfortunately, though, money matters.

Air Force also plays; not much nearer than Denver. But this discussion started in the context of adding another conference sport. UP should only get into lacrosse if it becomes a WCC sport.

up7587 wrote:Air Force also plays; not much nearer than Denver. But this discussion started in the context of adding another conference sport. UP should only get into lacrosse if it becomes a WCC sport.

Well the context was adding another WOMEN's sport. With the university demographics approaching 65% women that is where the next sport will be, like it of not.

In that regard, equipment is not much of an issue. Some sticks, eye guards, and uniforms. The University already has the goals and the field.

Travel is no big deal either. the mountain Pacific Sports Federation already plays Lacrosse out here and travel wouldn't be any worse than the WCC.

Oregon had a play-in with Navy in Eugene this year and lost 10-9 in overtime, so the level is getting better. They were clearly better than our club team at a scrimmage this year, but I could see that changing quickly with a D1 commitment.


I'd love to see a Men's team as well, but I don't see it happening unless we did it at a non- scholarship level like Hobart does, but even then I think you could field a pretty good team. In College Lacrosse there is a fair amount of play across divisions. d3 Champ Salisbury honed its skills on upper division teams and beat them, including trouncing then-D2 #2 ranked Roanoake 22-5. The USILA does count cross-Division games in their rankings.

Equipment is a bit more, but not insurmountable. The club team has it. Travel is about 7 games a year, and with D1 growing by 35% over the last couple years, that will probably get easier. As I said, some of those games could be across divisions. We could be West coast Pioneers.

And the talent is quickly getting better in NW prep. The Tewaaraton trophy for the best NCAA player in the Nation went to Peter Baum, a Colgate player who played his prep ball right here at Lincoln High. He is only a Junior.

PurpleGeezer wrote:
Well the context was adding another WOMEN's sport. With the university demographics approaching 65% women that is where the next sport will be, like it of not.

But seriously as has been mentioned Mens Volleyball would be the cheapest as far as start up goes, but as PNut says it just isn't very spectator friendly (And it isn't exactly like the women's squad draws a huge following as it is.) Women's lacrosse seems like the next logical sport, we already have a field and in the greater scheme of things adding some temporary bleachers for the time being and a scoreboard isn't THAT daunting of a financial investment (Plus with our new AD specializing in fundraising I'd put money that he could figure out a way to raise enough for the relatively modest investment it would require.). And as far as equipment goes, doesn't UP get some sort of allotment from the Nike sponsorship? At the very least if it is a fully funded sport they should be getting the equipment at a subsidized level. To top that off you'd thing Oregon would like to have another local school to compete with, who knows maybe co-host some tourneys at JW Field or something like that?

I don't know, lacrosse is one of those sports that I've admired from afar, but when I was in HS there was maybe 1 or 2 schools in all of Western Washington that fielded the sport so it wasn't really accessible. Seems like its an addition that could be done at a relatively inexpensive level and has the potential to be one that is at the very least financially sustainable as far as fans paying to watch the game, generating sponsorship $$ and whatnot. At least there ARE HS lacrosse squads, there aren't for HS men's vb. It will be tough to bring people out to a game enough to the point where the school isn't losing money.

Seems to me aside from softball these are the most likely additions:
1. Womens LAX
2. Men's Crew
3. Men's LAX

And the major factors being:
1. Enrollment percentages - Title IX is set in stone, we flat out cannot add another men's sport without risking NCAA non-compliance, so it seems mens LAX will be stuck in club status unless the numbers change.
2. Ath. Dept budget - this all comes down to Scott Leykam's ability to raise money, we cannot expand without expanding on our minuscule athletics budget
3. WCC sponsorship - the WCC faces the same issues as far as enrollment factors and budgets, but as Geez says there are OTHER leagues out there made of teams not tied to traditional conferences as LAX and mens crew is typically under the club level anyway. You also have to factor in the fact that we also fund a track squad, another non-WCC sport... Sure this is mainly an offshoot of XC, but with the addition of the river campus do we see an expansion of this sport on top of what we have?

All things said isn't it fun surmising plans of how other people should spend their own money and all we have to do is wear a purple shirt on occasion, sit back, and watch?

One of the pioneers of Lacrosse in Western Washington was Hall of Famer Pete Cramblet, who won a National championship at Army and who I played with in High school. Maybe he could be our first coach.

BTW, there is no Men's crew in the NCAA.

Though it is the oldest college sport, there has always been resistance to the NCAA and to scholarships.

I suppose because of that the school could sponsor a Men's crew squad without interfering with Title IX requirements since it wouldn't technically be an NCAA sport... But again that requires $$$ that we don't necessarily have presently.

There might possibly be some money to be had for crew, but not unless the University makes a commitment to it.

I don't know if it not being an NCAA sport matters. The law is a federal one mandating equal sports opportunities, not equal NCAA opportunities.

The fact that there are no scholarships might help, but Hobart hasn't given scholarships out in Lacrosse and either have some other schools.

Just doesn't have the same ring as

"The Little Brother of War"