Anyone else here becoming a Tebow fan?

I watched some of the pregame show before the game this weekend and heard all the bashing of this guy. I just don't get it. Every single commentator was ragging on Tebow. What does Tebow do? He goes out and has his best game of the year and wins it with an 80 touchdown throw in OT.

What is it that people don't like? His unconventional style? His religion?

Don't get me wrong, I know he's not the second coming of Elway, but I kinda like the guy.

Anybody Santorum wants to emulate is suspect in my book.

I don't wish to start a controversy within PN, but I agree with both of you!!

I'm just happy my USF cheer girl got 44 looks from PN hardcore in this section (maybe some of you looked more than once?), but disappointed she got no replies. Voyeurs!!!

Just for you DD! 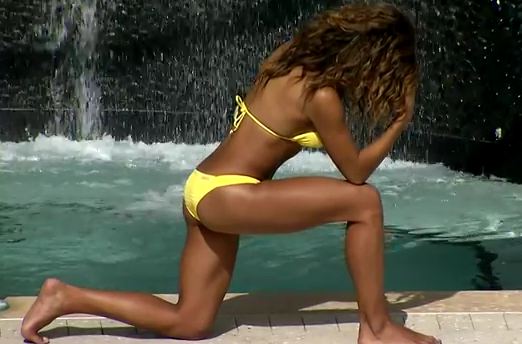 blacksheep wrote:Just for you DD!

Well, I do seriously appreciate the pic, but I have to admit, the whole Tebowing thing is just a little overdone. However, having said that, here's the real deal in Afghanistan: 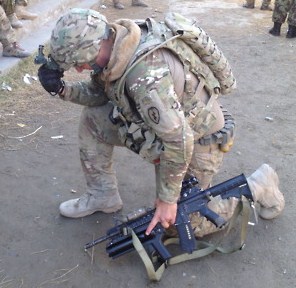 I was excited when Denver drafted Tebow. I bought a Tebow shirt. I thought that his intangibles and his attitude were quality attributes, and that he was a winner. And I still believe that! I have been disappointed with his development as a passer though. IMHO, it's been shown that a run-first QB can only have moderate success in the league. The guy's throwing motion is super ugly, and he will miss wide open receivers. He buys himself a lot of time by scrambling, and sometimes still can't find an open receiver. If Rodgers had that much time, he'd make a completion every time. You can tell it just grinds Elway's gears that Tebow is such an erratic passer. That said, when he is on, he's quite dangerous. I haven't given up on Tebow yet. He just needs to learn to throw.

I think critics were justified in bashing him going into the Steelers game. They had lost three in a row to barely win the division at 8-8, and Tebow had looked like crap for a month. Four picks vs. Buffalo, then losing to KC 7-3? Ouch. BTW, Praeter deserves much more respect, as he was the one who actually won the game vs. the Chicago Hanies. Not Tebow.

I know someone who I would call an evangelical atheist that hates Tebow because of his beliefs. I also know an evangelical person who didn't care about the Broncos until Tebow got the starting gig, and probably hadn't watched an NFL game since Kurt Warner played in the Super Bowl. His family's broadcast sports viewing habits revolve around the religion of the QB, funny.

blacksheep wrote:Just for you DD!

Well, I do seriously appreciate the pic, but I have to admit, the whole Tebowing thing is just a little overdone. However, having said that, here's the real deal in Afghanistan:

Praise the Lord and Pass the Ammunition

From The Columbian "Talking Points" this morning:

There. At least you know what the subject is. And everyone who read those opening two words will either finish this entire Talking Point, or quit before even getting to this sentence.

We are familiar with polarizing athletes — Kobe Bryant and LeBron James to name a couple.

But those two split people with their personalities more so than their very existence.

Tebow has never done anything wrong. He’s never tooted his own horn. He gives credits to his teammates and has yet to say “I told you so,” despite myriad opportunities.

And yet, people vehemently rooted against him Sunday even (though) his opponent’s quarterback had been tied to sexual assault cases.

There have been Mark Fydriches, Hideo Nomos and Fernando Valenzuelas, but the sports world has yet to see a phenomenon like Tim Tebow that doesn’t hinge on sheer dominance (e.g. Tiger Woods, Michael Jordan, etc).

Why not root for it to keep going?

We have many with a command of the English language who could have written this MORE BETTER, but you get the idea!

"Tebow has never done anything wrong?" I guess they didn't watch many games this year. What a fawning piece of carp.

pilotram wrote:"Tebow has never done anything wrong?" I guess they didn't watch many games this year. What a fawning piece of carp.

I believe he meant in the Ben Rothlisberger, Kobe Bryant, Plaxico Burris, legal sense, not on the field.

My guess is that he would also be high up on the least favorite list.

My guess is that he would also be high up on the least favorite list.


Funny how the polls and jersey sales all speak to Tebow's popularity, while there is no shortage of people playing the victimhood game on his behalf. One unfunny SNL skit does not a pariah make.

While I'm sure there are some people that dislike Tebow because of his unabashed expression of his religious beliefs, I don't think that's the main source of his detractors.

Instead, I think it's the non-stop onslaught of Tebow, Tebow, Tebow from media outlets. Here are all the times "Tebow" was mentioned 88 times on ESPN in just ONE HOUR in December:

With the 24-hour news cycle and countless blogs and social media and all that, it's just impossible to escape the Tebow thing. And, quite frankly, he hasn't really done anything to merit it. Cam Newton just had a historic rookie season. TJ Yates has stepped in and guided the Texans to a playoff win. Andy Dalton lead the Bengals to a better record and a playoff berth. And all those guys are rookies, something Tebow is not.

I have nothing against the kid and he played a great game against the Steelers, but the hype is just insuffarable (and, for the most part, unwarranted).

....and the demand for media that's not so friendly.
http://sports.yahoo.com/blogs/nfl-shutdown-corner/tim-tebow-game-winning-touchdown-illegal-163812959.html

Oh come on, I've never seen an illegal formation called for someone that close to the line.

Stonehouse wrote:I would prefer to determine what storylines I'm interested in myself, not force-fed it by ESPN and the like.

This is why I don't watch ESPN unless a game is on.

What, really, ESPN has other programming besides games that someone would watch?

Seriously, I can't imagine listening to talking-head jocks when I can get all the news I need right here on PN.

Stonehouse, this is just for you! Tim Tebow's Fire

up7587 wrote:Stonehouse, this is just for you! Tim Tebow's Fire

Holy Crap; that's just plain bad! And I don't think the blowout loss in Foxboro this weekend will end it.

ESPN just mentioned Tim Tebow 160 times in one hour on today's 11 AM SportsCenter. For 48 minutes of programming (since 12 minutes are commercial breaks), that works out to one "Tebow" every 18 seconds.

Now you can't even get away from it on PilotNation

How about a little Tebowie.

"Please leave me alone! Don't you know my day of rest is Sunday?" Priceless!

Jeez, I went away for 36 hours and PN feels like a morgue; I guess a blowout loss will to that.

So, a little Tebow humor: