Natalie Day was playing for the US Virgin Islands this summer at the Carribean championships and was named the best forward and best player of the tournament. 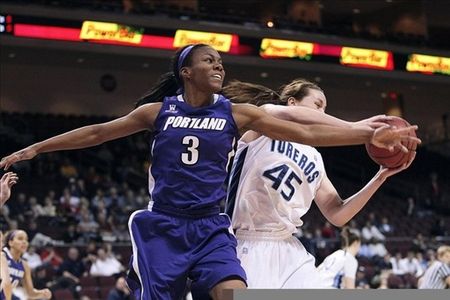 Does anyone know what happened today with the WNBA draft?

RipCityPilot wrote:Does anyone know what happened today with the WNBA draft?

Well I can tell you that 36 players were drafted in three rounds. Natalie Day was not drafted, but that is no surprise. She is looking to latch on professionally somewhere as a free agent.

It was also no surprise the overall first draft choice today was Stanford's Nnemkadi Okgwumike. Two Notre Dame players went in the first round, Devereaux Peters and Natalie Novosel. Gonzaga and the WCC were well represented by Kayla Standish (2nd round by Minnesota) and Katelan Redmon (36th overall by New York).