Ducks to get new soccer stadium

Ducks to get new soccer stadium

At least that was the first thing that popped up on the web spider....


It turns out that the ducks are more than doubling the football facilities with a 130,00 sq. ft. football dedicated facility. two new turf fields, new weight room, new dining facilities West of the stadium where the soccer field is now, and a tailgater's park on the East side. This will be built by Uncle Phil and cost "tens of Millions"

Part of it will be where the soccer field is now.(upper left of the picture below)
The soccer and lacrosse facilities will get moved "East of the Stadium and south of PK park". that suggests a swamp called Day Island.
I'm not sure exactly where, but it sounds like siberia. directly East of the stadium is the tailgater's haven. 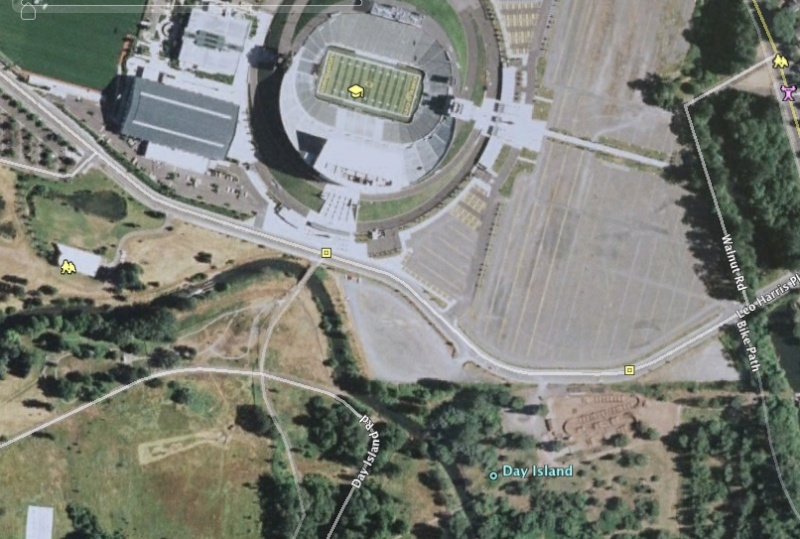 they promise a "world class stadium" for the women.

there is this artist rendering on the Duck's site, which suggests you can see Autzen stadium, at least.

they tout that the new soccer and Lacrosse facility will be Turf, good for Lacrosse, not so good for Soccer. apparently there will be no practice field to save the stadium field. The soccer field will also offer "tented tailgating opportunities" for the football games, which sounds like a fat cat compound.
No stadium or site plans yet, alhtough the stadium will be designed by DLR here in Portland, which has built some nice soccer stadiums.