Alright! Time to think about our annual Pilot Nation tournament pick em. As in prior years, I've set up a Yahoo pick em bracket. To join, click on the following link:

As always, there will be no wagering - the winner will receive public, Pilot Nation acknowledgment as being one awesome dude or dudette.

Boom! I'm ranked 2nd, and this is probably the only time I will ever be that high...

I participated last year and you do a great job! It was a highlight of my year matching wits with Stonehouse,Pilotnut, etc, etc...and all the other regulars here. Sign up now!

I never do very well in wit matching contests, but I filled out a bracket anyway. Good luck everyone.

Looks like we've got 15 signed up so far, but not too late, you have until thurs. morning to get it done and get your picks in!

(haha they don't let you pick the play in game for some reason...)

I will add some spice to this contest, by offering to purchase a bucket of beers in Vegas at next year's WCC tournament at the Orleans to the winner...

I just noticed that Gonzaga got an 8 seed with a second round date with Syracuse in Buffalo. That doesn't bode well for the zags. Did St. Mary's really knock them down that far? Because they were talking about them being a top 5 seed before that game.

Uh yeah, they really did... But the Zags didn't do themselves any favors losing to USF/LMU and furthermore they had zero wins against top 25 teams...

Not exactly a high seed resume...

RiseUP wrote:Because they were talking about them being a top 5 seed before that game.

They being Zag fans.

One loss didn't knock them down three seeds, though losing by 20 and looking bad on national TV certainly didn't help.

I think what really happened is that if you look at their resume, a lot of the teams they beat simply didn't have great seasons. Heck, according to both KenPom and RealTimeRPI, St. Mary's ranked higher than GU:

At the end of the day, Portland beat just as many tournament teams as the Zags did: two.

Gonzaga did have a collection of nice wins (Cincinatti, Memphis, Illinois, Oklahoma, etc.), but the fact of the matter is that none of those teams turned out to be great teams.

I think that hurt GU way more than the one loss to SMC.

EDITED TO ADD: And, of course, as Rochin54 points out... the USF and LMU losses didn't do them any favors and acted as an easy excuse for the selection committee to bump them down a seed or two.

So does that mean we can claim the W over the Zags @ Chiles?

PilotNut wrote:I will add some spice to this contest, by offering to purchase a bucket of beers in Vegas at next year's WCC tournament at the Orleans to the winner...

Would that be the bucket of Bud Lights?

I certainly expect better given all the microbrew chat here.

I know... but those nifty pillars of draughts they had were a little too pricey to just give away...

Haha maybe we can arrange a smuggling of Pliny just for the lucky winner... But then again, the likelihood of that surviving the plane trip, the drive to the casino, and trip to the actual bar is minimal at best...

PilotNut wrote:I will add some spice to this contest, by offering to purchase a bucket of beers in Vegas at next year's WCC tournament at the Orleans to the winner...

Assuming I'm there, you can buy me a martini. I won't bang the cowbell in your ear as compensation.

That assumes I win...and I sux at teh brackets for basketball.

Just got an email from Yahoo that we have less than 24 hours to finalize the brackets. If you haven't signed up yet, you better git-r-done. I don't see a Mesa bracket yet

Politics aside, you gotta love the Prez's 1st round picks for the West region...

DaTruRochin wrote:Politics aside, you gotta love the Prez's 1st round picks for the West region...

Wow what a conservative (bracket).

Indeed... And apparently he's scared of Frank Martin enough to put him in the Final Four (although to be honest I'm in the same boat, I had them in at least one of my brackets, that man absolutely terrifies me...) 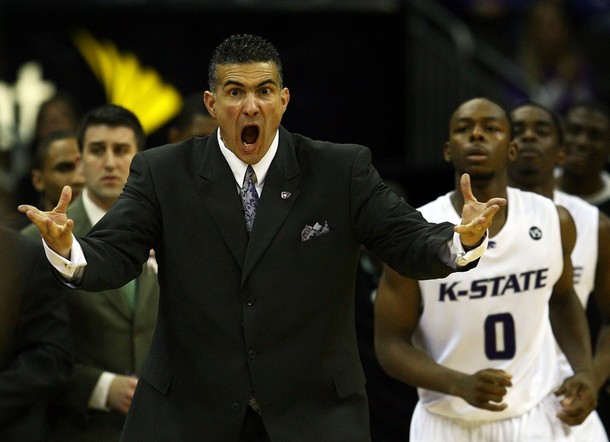 Once again Mesa cannot log into the brackets again this year

. Can someone remind me what I was doing last year, or not doing, to get logged in last year. Thanks......Go Pilots!!!

well, it all depends on what you used to sign in with my.yahoo.com once you can remember the name/password you used last year (or you have used before) and sign in there, you should be able to click on the link R54 provided:http://tournament.fantasysports.yahoo.com/t1/register/joinprivategroup

After much deliberation and analysis, the winning bracket entry was submitted this evening. I eagerly await my bucket o' beers in Vegas.

Jimmer is so good. Just insane.

Haha Jimmer is going to inspire a bunch of children to be named Jimmer... He's like the second coming of Wally World....