BRown v board of education was passed.


44 years ago today was the first meeting of the Senate Select Watergate committee.


A special council was appointed to investigate the Trump campaign and matters related to the Russia investigation.

Vladimir Putin offers to corroborate Trump's version of the narrative with a transcript of trump revealing Israeli secrets.

A motion was put before the House for impeachment.

To borrow a gif:

And this guy died yesterday, not without leaving a final message for Trump.

Good seeing Statler and Waldorf back on TV at last night's "debate," although I liked the original version much better! 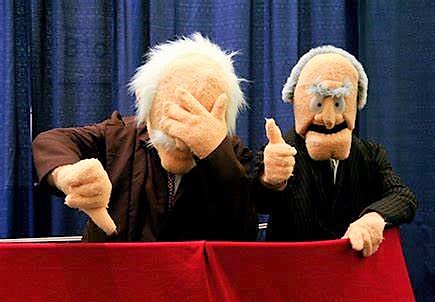 As if it couldn’t get crazier, now the commander in Chief got Covid and apparently is taking the executive branch down with him.

Among the list of people also infected he was in direct contact with while not wearing a mask  is Notre Dame President John Jenkins. Students  just turned in father Jenkins  on the ND incident reporting form for violating Covid policy.

From the timeline of the article, maybe Jenkins gave it to Trump.

And now there is a resolution before the ND student Senate  asking for Father Jenkin’s resignation. The students who gathered the 200 necessary signatures to bring it before the Senate point out that if he were a student, he would have already been expelled.

The petition criticizes Jenkins for not wearing a mask at the White House, as well as for shaking multiple hands, and taking the trip in the first place.

Each of these three actions is breaking Notre Dame’s COVID-19 rules.

Geezaldinho wrote:And now there is a resolution before the ND student Senate  asking for Father Jenkin’s resignation. The students who gathered the 200 necessary signatures to bring it before the Senate point out that if he were a student, he would have already been expelled./

I spoke via Zoom with a Notre Dame grad-student this morning, and he was told the student senate was NOT in favor of pursuing the issue.

I don't blame the students for being upset...I was very upset when the Chairman of the Joint Chiefs, General Mark Milley, accompanied Trump on his bad optic bible pose in front of St. John's Episcopal Church.  Service men and women are taught to never wear the uniform at a political event, ever!

Milley may have been "tricked" into the walk by Trump's handlers, but Fr. Jenkins knew the rules, and flaunted them because of his vain need to rub elbows with the glitterati at the event that nominated a Notre Dame grad to the Supreme Court.  Priests are human, after all.

Both Milley and Jenkins apologized, and that is probably enough unless they continue their bad behavior...

Your grad student may not be if complete touch with the sentiments of students and staff at the university, according to reporting from ESPN, the Times, and the campus newspaper, the observer.

I’ll point out that it took only a matter of a couple hours for the required 200 signatures to be gathered in order to bring the topic to the Senate this Thursday. And multiple students used the incident reporting system Jenkins put in place for people to snitch on each other for violations.

While I don’t think anybody believes Jenkins will actually resign over the issue, there is apparently anger on campus over the blatant disregard for the very mask wearing policies the president has so forcefully enacted on campus ( students are required to wear masks even while jogging alone) and the restriction on off-campus travel and contact with outsiders he has ignored in the incident. The anger extends to the Dean of the law school, who the university declines to name as the other ND representative who attended and is now reported to be the second ND person to get Covid at the event. ( at least in some photos, the Dean was wearing a mask in the Rose Gareden)

“Asked about other Notre Dame staffers who attended the White House event, university spokesman Dennis Brown said Friday that aside from Jenkins, “we are not publicly identifying anyone — students, faculty or staff — who has been tested or is in isolation or quarantine.”

So the University is still not being honest about the incident.

It’s not like they just forgot to wear a mask. All attendees at the event were required to wear a mask until they took TWO Covid tests and were cleared by medical staff, then they took the masks off as they entered the Rose Garden for the ceremony and photo ops and sending the message that they backed Trumps exceptionalism that got everybody infected instead of the policies Notre Dame has in place.
It turns out some attendees were not required to take the tests. Apparently if you were on the A list, you were exempt. ( which means Jenkins isn’t on Trumps A list).

They are also less than satisfied with Jenkins’ apology, which was only that he “regrets” not wearing  mask ( well, duh, ****, you got Covid afterwards). The apology didn’t address the lack of social distancing and even the trip in the first place.

And this all happened on the very day when the football program had to cancel its game with Wake Forest because 39 players were quarantined for positive tests and the football coach was caught on tape ridiculing the campus mask wearing policy.

While Jenkins probably won’t resign, there is anger that his response hasn’t been adequate, and that all the precautions implements don’t apply  if your salary is high enough.

It’s not exactly leading from the front. Anger has been simmering for a while.

In August, when Jenkins put the campus on lockdown over an off campus party, an Observer editorial wrote:

“ The University administration has largely blamed the COVID-19 outbreak on students attending off-campus parties," the editorial said. "While this isn't entirely misplaced, it has been used to deflect responsibility from the very administrations that insisted they were prepared for us to return to campus. Clearly, they were not."

The uproar at Notre Dame over Father Jenkin’s exceptionalism and multiple poor choices in judgement and lack of any real apology is apparently increasing resentment on the ND campus.


First, the Student senate will probably see another round of discussion and vote over Jenkin’s White House trip and Covid guideline violations.
It seems the first round was before it was learned he had Covid and his lack of any real apology.

And the Faculty Senate met Tuesday on Zoom and barely voted 21-20 to defer a no confidence vote until a future time. A motion to commend Father Jenkins was ovewealmingly defeated.

A reporter from the Chronical of Higher education was permitted for the open part of the meeting per senate rules until some faculty insisted they go into private session.

Faculty are upset on several grounds. First that he ignored ND guidelines on social distancing, large groups, and the Mask policy. Second, faculty is upset that he traveled for a frivolous reason while faculty are denied travel even for research and academic reasons, much less have missed weddings, funerals, and family visits.

And finally, his appearance in the Rose Garden without  a mask sent the signal that endorses the Presidents casual attitude and even hostility to scientific guidelines, and appeared to endorse the politics of this charged choice for SCOTUS.


SO Jenkins isn’t far from Joining Michigan President Schlissel in the no confidence vote club.

If you recall in August he advocated for an open campus in a NYT  Op Ed piece saying the risks are ‘worth it’. Faculty are wondering who it is worth it to, if some are permitted to avoid mitigating risk.

It hasn’t gone away yet. The ND student senate yesterday  passed a formal resolution chastising Jenkins for the White House trip.

The Chronicle of higher education has another article blasting Jenkins that includes this:

The White House Rose Garden may seem an odd place to illustrate the vacuum of moral leadership in higher education in this troubled year of 2020. But a September 26 gathering of college presidents and faculty, religious leaders, and public officials celebrating the nomination of Amy Coney Barrett to the Supreme Court devolved into a cautionary tale of bad judgment and leadership failure all around, and especially for the attending academics.

Bad enough that the maskless University of Notre Dame president, the Rev. John I. Jenkins, and at least 10 other attendees are now quarantined with Covid-19. It does not diminish our fervent hopes for their speedy and complete recovery to ask what in heaven’s name so many presumably smart people thought they were doing at the White House that afternoon as they crowded together without masks in defiance of public-health regulations, both on the lawn and indoors at a reception. Photos and videos of the event show lots of handshakes, hugs, and even, unbelievably, kisses — as if the participants all had amnesia about the months of grief and deprivation in the face of the homicidal microbes that have killed more than 210,000
Americans and sickened millions.

Are you glad that Trump will step down from power? 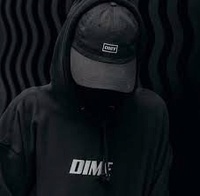 Marce Lolopes wrote:Are you glad that Trump will step down from power?

Are you hearing something I'm not?

I've heard speculation he'll step down so Pence can pardon him in advance of any charges he'll face after Inauguration Day, but nothing factual yet.

No stepping down now. He is leading an armed insurrection.