Good win for the Pilots, but I am stunned by the choices for Offensive and Defensive players of the tournament. Particularly the defensive choice. The player they chose did an OK job, but was hardly the MVP.

A_Fan wrote:Good win for the Pilots, but I am stunned by the choices for Offensive and Defensive players of the tournament.   Particularly the defensive choice.  The player they chose did an OK job, but was hardly the MVP.

Um, would you like to expand on that?  I attended the games, but as I was at the far north end of Merlo, I may not have had as good a view of the others players that were doing better than Jeter and Wetherington.

It was a team effort, but they have to choose someone...

Scoring was so spread out its hard to pick one player. Defensive player could also have gone several places, but with the two "guest" team's only scoring one goal for the weekend, you need other criteria.

Weatherington gets the offensive award for the Olympico alone. It gets recognition if it's Argentina's Cesário  Onzari who did it first, or Rapinoe who did it in the Olympics, or Weatherington. It was a game winner against a good opponent.
And she did get the assist on Jeter's header goal. She was also pretty effective in the midfield both games. Her contributions determined the only really competitive match that resulted in the win.


If you went on total scores, I suppose you would have to  chose either UW's  Becca Shoales or UP's Maddy Dieker, each with two goals, but those scores didn't really determine an outcome. UW players didn't score on St John's.

Otherwise, SU didn't score at all, St. John's scored once, and UW scored three on the weekend, all  against SU. UP scored 8 times this weekend.
That's where the awards were going.

Seriously, does anybody think that scoring two goals  against Southern Utah should settle things for offensive player of the weekend?


Jeter is also a no brainer for much the same reasons. Her team won both  games and she is the only defender who also scored this weekend, though I could see a case for Boon's assist and her work down the sidelines. but Muth went forward effectively as well and had two assists  in the first match. Edenstrom continues to be rock solid. To tell the truth, I only watched parts of the UW games but their defenders weren't in the offensive stats.

Jeter also screened the keeper and the player on the line for the Olympico and nearly scored again from close range, so she gets the nod.

I guess I have no brain. I thought Boon played a much more consistent and effective defense for many more minutes than DJ. 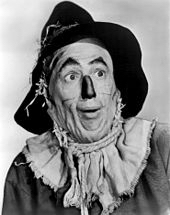 We'll get you a testimonial.

I was not able to watch these games, so I don't have any input on who should have gotten MVP here, but I would like to object in theory to choosing a defensive MVP primarily on goals scored. Not that it shouldn't be a factor at all, just not the only or even primary factor.

My wife and I went to the Thorns game (attendance 21,144) after the Pilots' game. We were in line to get food and I noticed a college age young woman in front of me with "Red Storm" on her shirt sleeve. I thought that was St. Johns' mascot, so my wife asked if she was on the St. Johns soccer team. She was, and her friend in line was too. They had a red-eye flight back to New York, so their coach arranged to get tickets for the entire team to go to the game.

She said that by the second half of the game v the Pilots, they were really tired!

Where did you get my Drivers License photo?