Closing Out the Season

Closing Out the Season

Today's loss to Pepperdine was a heartbreaker. Hard to imagine the pain during the long trip home.

Against Pepperdine, we didn't even get a shot off in the entire second half and in OT.

Sometimes it's difficult to determine the most appropriate thread to comment on, but the title for this one feels comfortable enough for me.
With charitable and community commitments on Saturday, I reluctantly won't be at Saturday's game, but am still a fan of THIS YEAR'S team in total disregard for its W-L record. I will be at the final game...rain or otherwise.
What I liked about this team the most is the scrambling determination of a few of the players...eleven of them could win the cup. I look at the Seniors we will lose and am saddened by the losing of Noelle, who is a blast to watch...foot control of Kendra and speed of Frisbie. The remaining players that I don't, for any reason, want to lose for next year are, in no particular order, Kennedy, Jones, Kendrick, Boon, Vierra, Babcock, and Weatherington. There are others that will be nice to have around, but with talent that is fairly common in the HS and JC ranks...I'm fine with whatever team shows up. All of this being said, I'm going to spend a few months trying to convince Villa what their role in Pilot success is.
Agree or disagree...it matters not, for my opinion is formed, not by what I read on here, but what I've seen on the pitch for the last 14 seasons.

PP you said it very well.
Tonight's game will be the 2nd I have missed this year. Sadly.
I will be there for the final game and back next year.

After all the discussions the problems this year are not players or coaches, it is numbers and injuries.

I am not an alumna (?), just a fan of Pilot's women soccer.
I prefer the Merlo field experience over the Civic Stadium experience.
I prefer the women's game over the men's.
Even though the Timbers are playing the highest quality soccer in town, I choose to root for UPWS.

You both missed a very wet win. For sure the smallest crowd at a Women's game in a long, long time. Th paid attendance is listed as 2347. I would be surprised if there were 147 people in house.

Hey, anytime the Pilots can beat Gonzaga in any sport, it's a sunny day.

A_Fan wrote:You both missed a very wet win.  For sure the smallest crowd at a Women's game in a long, long time.  Th paid attendance is listed as 2347.  I would be surprised if there were 147 people in house.

More than 147, but not a lot. People were staying under cover whenever possible.

The Pilots had 10 healthy players. They toughed it out.

There must have been a bunch of you down in the Pilot Club!

Yeah, you really need to sign up next year. 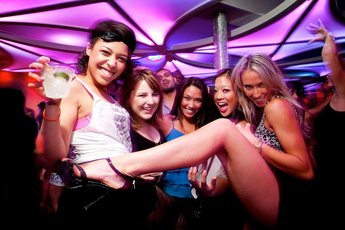 I am hoping Santa brings me a membership for Christmas. I will be sure to include your photo with my letter to him.

A_Fan wrote:I am hoping Santa brings me a membership for Christmas.  I will be sure to include your photo with my letter to him.

I wouldn't be too quick to send Geezer's picture to Santa.....that picture is just a recruiting poster.

This picture of Geezer (back to camera in plaid shirt), was taken at halftime of the Pilots/GU game... 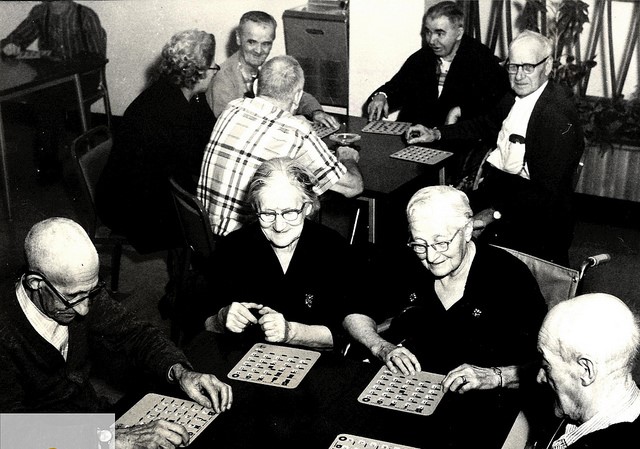 The real action was next door at the Pilot House....

A pretty good turnout in dreadful conditions last evening.... and it was good to see UP hang on with excellent second half defense and goal keeping against a very good USF team.

The Pilots finished the season tied for 5th.....exactly where they were picked to finish in the preseason polls.

It was a good send off for seniors Noelle Prevotte and Haylee DeGrood....I couldn't tell if those were tears being shed or just the rain coming down when the match ended.

It was just too bad that Haylee couldn't play due to yellow card accumulation.

A trying season for everyone, but I'm already looking forward to what next season may bring.

For those who haven't followed closely:

San Francisco beat both Santa Clara and BYU. Going into the game, they were 1 point behind BYU in the conference competition. With a tie, they would have been even with BYU and would have been conference champion due to their head to head win over BYU -- and thus would have been the WCC's NCAA Tournament automatic qualifier. If any of you saw the SF Goalkeeper after the game, this will explain why she was inconsolable.

I was really glad to see the Pilots win, but felt bad for San Francisco.

And to make things worse, the loss cost them a birth in the NCAA tournament. BYU, Santa Clara, and LM  are in.

Looks like Jess Kennedy will be getting a tuneup.

Good luck to her